Where Is Peter Weber Now? Who Is He Dating? 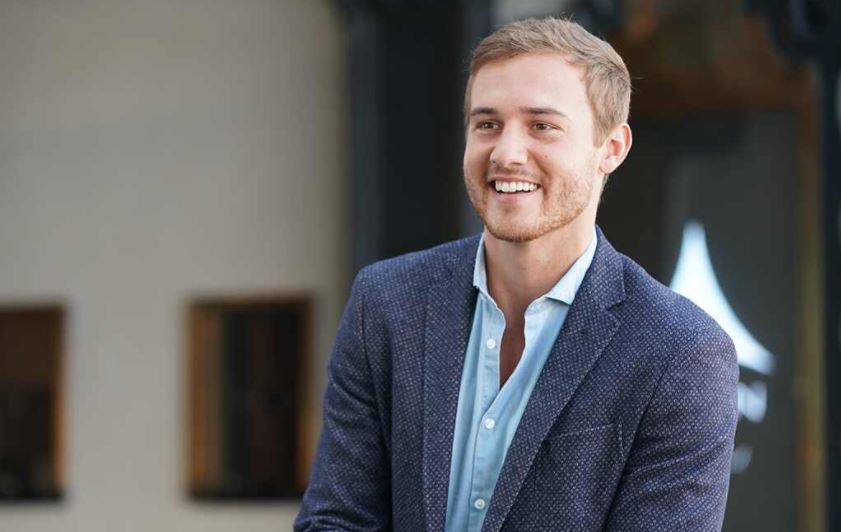 Peter Weber is obviously well known to the fans of Bachelor Nation, having placed third on Hannah Brown’s season (15) of ‘The Bachelorette,’ and then getting cast as the star of season 24 of ‘The Bachelor.’ However, when he’s not working as a television personality, he’s taking to the skies as a commercial pilot for Delta Airlines. He was born in Virginia and lived in Florida for a while before moving to California with his parents.

Having grown up in Westlake Village, California, Peter chooses to show off his lifestyle and do good for others. His family members, who have been a part of the aviation industry for a while, help and support him in the same. Naturally, fans must be awaiting updates on his personal life. So, let’s find out all that there is to know about Peter Weber’s current dating life, shall we?

Who Is Peter Weber Dating?

Peter Weber famously eliminated the 28-year-old Kelley Flanagan, a Chicago-based tax attorney, during the seventh week of his season on the ABC dating reality competition. Then, in the emotional March 10, 2020 finale, the pilot got down on one knee to propose to Hannah Ann Sluss. Yet by the time the ‘After the Final Rose’ special came to be, the couple had ended their engagement and parted ways for good. And just weeks later, the reality star was seen canoodling with Kelley at the Riverwalk in Chicago, going on to publicly confirm their rollercoaster of a romance on May 2, 2020. 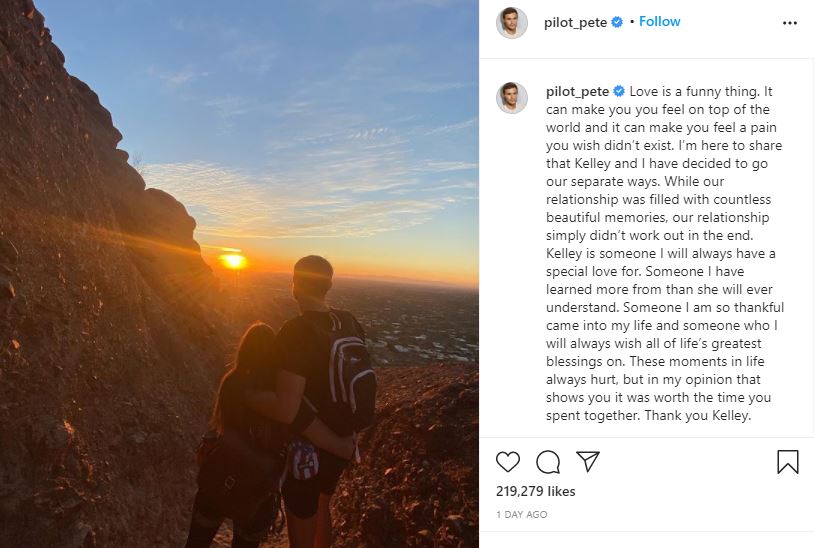 Are Peter and Kelley Flanagan Still Together?

Alas, as not all good things come to last, it seems like Peter and Kelley’s relationship went down a similar path. After all, Peter rang in the New Year 2021 by announcing his split with the Illinois native on his Instagram. “While our relationship was filled with countless beautiful memories, our relationship simply didn’t work out in the end,” he wrote. “Kelley is someone I will always have a special love for. Someone I have learned more from than she will ever understand. Someone I am so thankful came into my life and someone who I will always wish all of life’s greatest blessings on.” 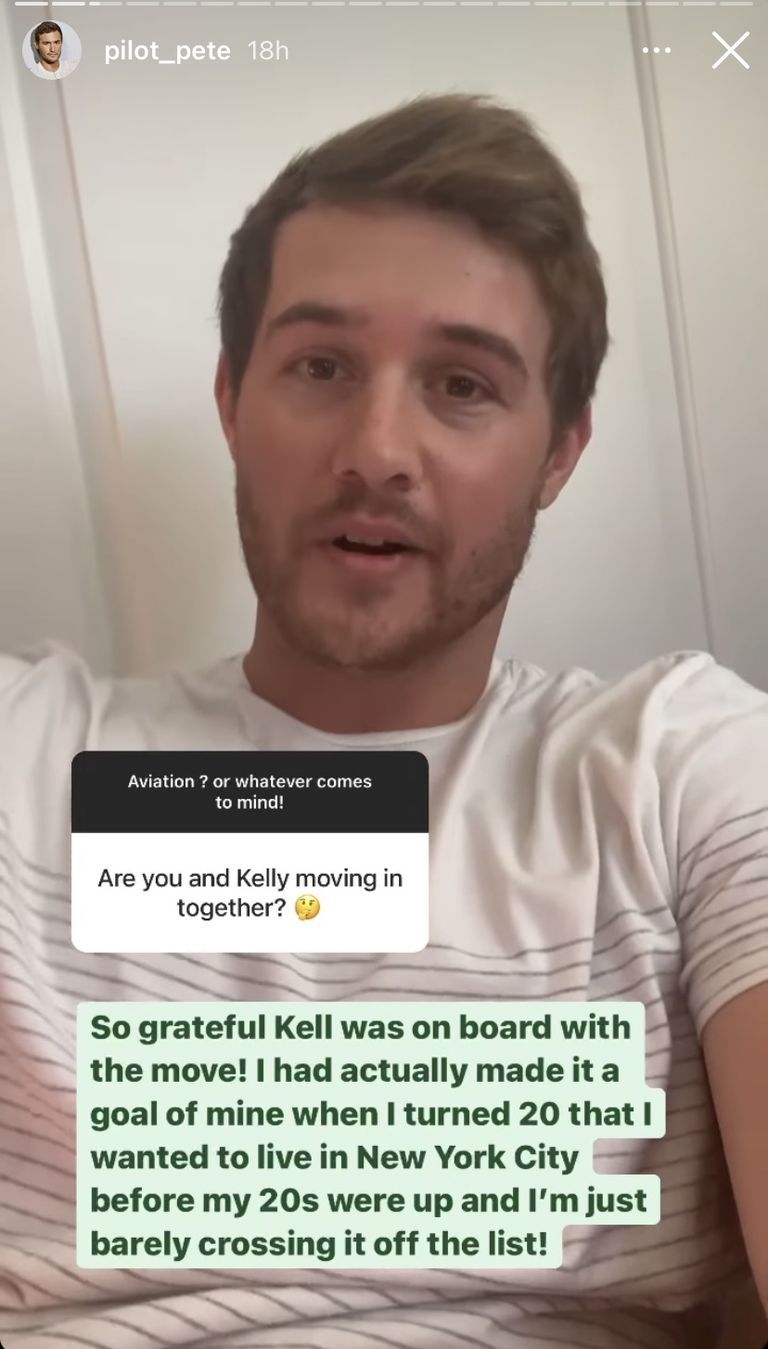 Peter added, “These moments in life always hurt, but in my opinion, that shows you it was worth the time you spent together. Thank you Kelley.” On the other hand, Kelley did not comment on their break up and simply uploaded a New Year’s Eve selfie on her Instagram story to show us what she’s been up to. What surprised fans the most about this split was how normal and happy everything seemed just a week prior – with Peter telling his followers on December 22 that he and Kelley were planning to relocate to Manhattan, New York, in January and move in together.

“Peter ultimately was the one who ended it with Kelley, but she 100 percent agreed that they needed time apart,” E! Online reported, adding that their plans to move to NYC were putting pressure on their relationship. “They had been fighting a lot, and the move was very stressful.” As of now, even though Kelley hasn’t acknowledged the separation publicly, she and Peter have apparently long since parted ways, having “spent the holidays apart.” Reports also suggest that “Peter is already back staying with his parents in L.A. for now.” 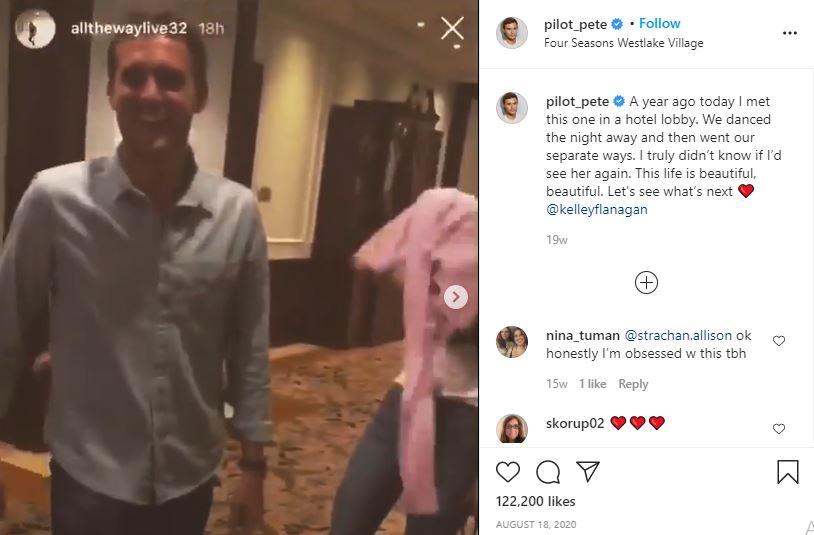 The couple who had bonded over ‘Top Gun’ seemed perfect for each other. And their first meeting, which fans know was not on night one of ‘The Bachelor,’ but way back on August 18, 2019, when they bumped into each other by chance while dancing in the lobby of the Four Seasons Hotel in Westlake Village just seemed proof of that.

Peter even posted about that night on Instagram on its first anniversary, writing: “A year ago today I met this one in a hotel lobby. We danced the night away and then went our separate ways. I truly didn’t know if I’d see her again. This life is beautiful, beautiful. Let’s see what’s next ❤️ @kelleyflanagan.” As sad as it is to see another Bachelor Nation couple fall apart, we’re hoping that this year will be better, especially with Season 25 of ‘The Bachelor’ looking to be so promising.

Read More: Where Is Hannah Ann Sluss Now? Who Is She Dating?