Where is Philip Champion aka Hot Sauce Now?

With Netflix’s ‘Untold: The Rise and Fall of AND1’ living up to its title in every way imaginable, we get a complete insight into the journey of this streetball-inspired footwear and apparel company. It thus features first-hand accounts from not only executives but also endorsed athletes to essentially place a focus upon every power dynamic as well as experience leading up to the collapse. Amongst them was none other than the talented Philip “Hot Sauce” Champion — so now, if you wish to learn more about him and his current possible whereabouts, we’ve got the details for you.

Who is Philip “Hot Sauce” Champion?

Philip “Hot Sauce” Champion was just a young kid when he realized he had a genuine passion for basketball and grew determined to make a name for himself in the industry, no matter what. “I used to play in the hoods in Georgia, stealing balls out of other people’s yards,” he admitted in the original documentary. “I had a job, but I never could keep a job. My nine-to-five was just working on my handles.” He added, “I was already a local legend [by the early 2000s]. Every day I played, people just circled around the court… [and then] I was hungry to be on [AND1’s mix] tapes.” 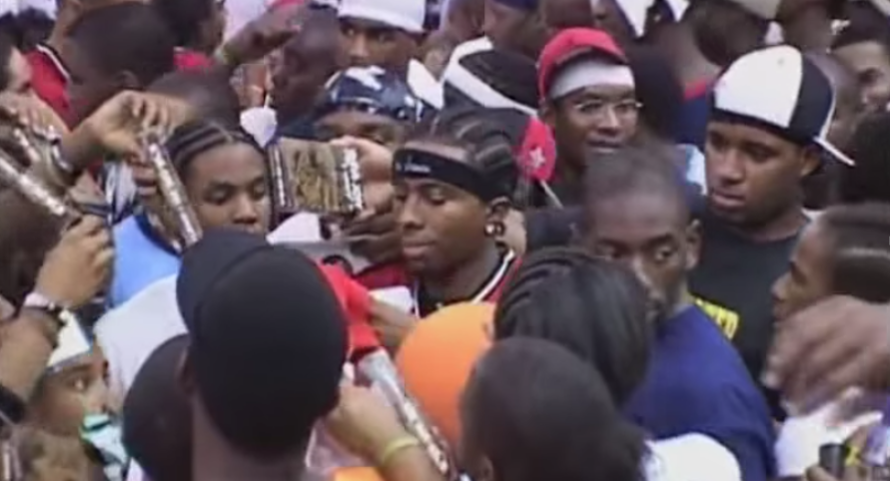 It was in 2002 that AND1 actually came to Georgia for their Mixtape Tour, which gave Hot Sauce a chance to showcase his skills in the hopes of turning his life around through a spot in the lineup. He didn’t have much time to practice considering the fact this match was the day after he was released from jail for “doing some of this knucklehead teenage stuff,” but it didn’t make a difference. His skills, flair, image, innovation, and sheer presence of mind were unparalleled, leading to his first contract with the brand the same year — he gradually became a household name as well.

From what we can tell, Philip “Hot Sauce” Champion remained on the AND1 roster until 2004 before seemingly taking a 2-year break from every public appearance or obligation. He returned to play for the company’s tours in 2006 — a year following its original sale to American Sporting Goods — and stayed right until 2008. Within this period, he also re-gained some of his fame through his continued dedication to streetball, his notable role in the 2006 Anthony Mackie-starrer ‘Crossover,’ and even a few magazine covers/interviews. In fact, he still appears to be a big deal in play.

That’s because Hot Sauce joined the College Park Spyders association team in early 2009, only to be transferred over to the Court Kingz in 2012, where he seemingly still remains. You can actually check out his active Instagram profile if you wish to follow his everyday experiences in further depth, whether related to his life as an athlete or as a family man and loving father. We should mention Hot Sauce also has a Cameo account, so you can get personalized videos from him as well.

Read More: Where is Grayson Boucher aka The Professor Now?