Where is Pistol Filmed? 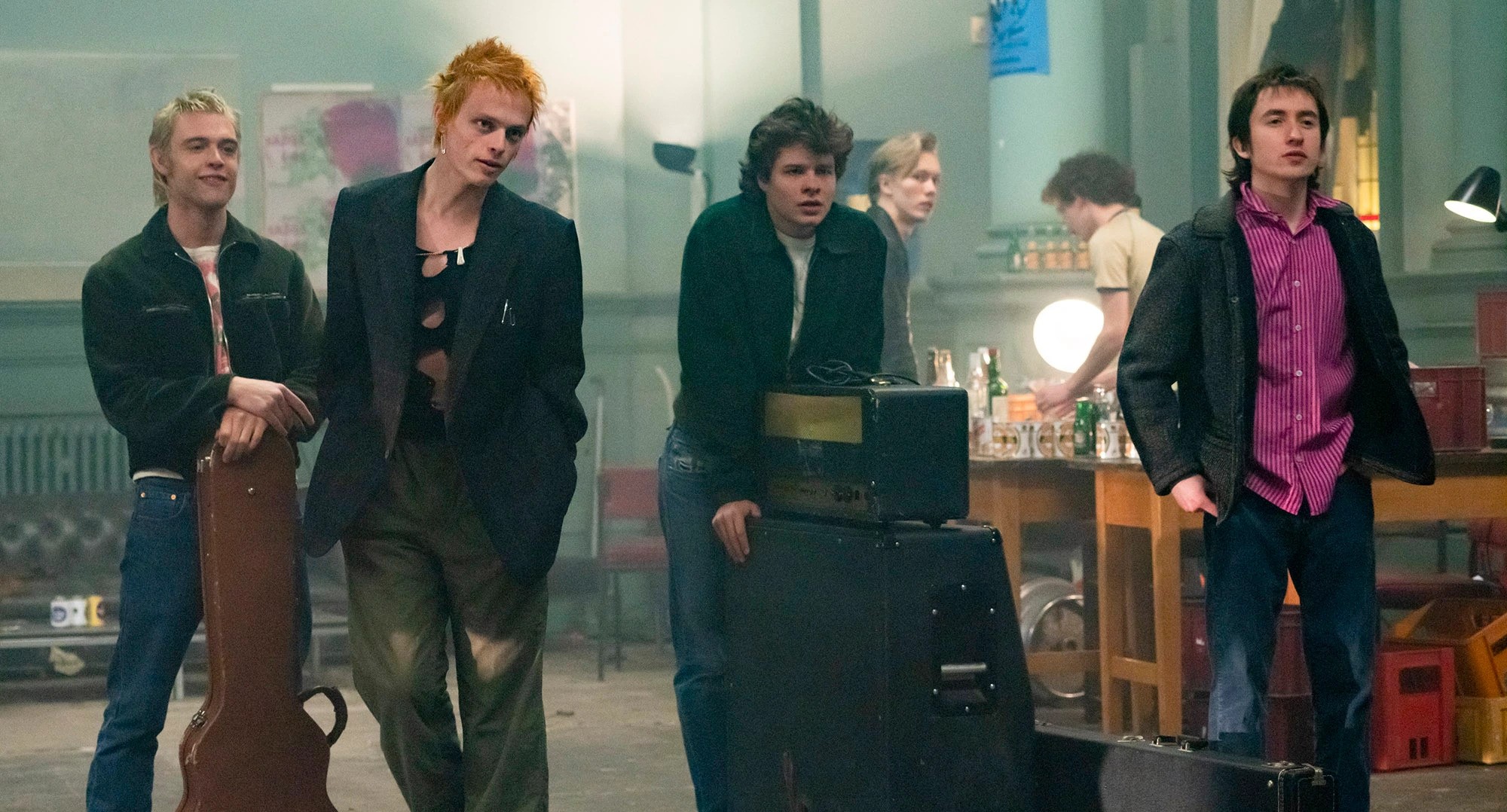 Based on ‘Lonely Boy: Tales from a Sex Pistol’ by Steve Jones, ‘Pistol’ is a biographical drama series that chronicles the journey of the legendary guitarist Steve Jones and the Sex Pistols, a band that changed the course of music and culture for good. The narrative follows the punk band’s rise to fame and infamy as the band members work towards bringing a punk revolution.

The impressive performances from a stellar cast ensemble keep viewers hooked through each episode. Moreover, the unique and classic 1970s setting provides an immersive experience. Naturally, it has got people wondering about the actual places used to shoot the biographical series. If you want to stop with all the guessing, you might be interested in what we have to share about the same!

‘Pistol’ was filmed across England, specifically in London, Hemel Hempstead, Dover, and Deal. Filming in the locations where the storyline is set helped bring out the authenticity of the biographical narrative. The principal photography for the inaugural season of the series seemingly commenced in March 2021 and wrapped up by early August 2021. Now, let’s take you through all the places that serve as filming sites for the show!

A majority of ‘Pistol’ was filmed across London, the capital and largest city of England and the United Kingdom. In June 2021, the cast and crew members were spotted filming some pivotal sequences on the South Bank in London and Bermondsey Spa Gardens situated at 15 Spa Road. Located on the River Thames in southeast England, the capital city has a strong influence on art, education, entertainment, finance, fashion, commerce, tourism, healthcare, media, and communication. Thanks to its vast landscape and presence of various film studios in and around the city, London is considered a prominent filming location.

For filming purposes, the production team set up camp in Hemel Hempstead, a town in the county of Hertfordshire. As per reports, the large town was modified into Birmingham and Huddersfield for the debut season of ‘Pistol.’ Some parts of the Bank Court area have been used to tape sequences set in the Birmingham City Centre and Birmingham New Street railway station. The production team even used appropriate street signs to create the 70s ambiance onscreen.

Caffè Nero at 218 Marlowes stands in for C&A, which once used to be a clothing chain. The car scene where the band members perform doughnuts was lensed in the town’s Market Square, which doubles for 1970s Huddersfield. At the same time, a pizza takeaway was used to record sequences at a pawn broker’s shop. Several ads and billboards from the 1970s were put up in the area to add more authenticity to the onscreen setting.

Several pivotal sequences were taped across Dover, a town in the county of Kent. The production team set up camp in and around Camden Crescent and Marine Parade. So, the locals were required to keep their cars away from the area for a short while. Moreover, to shoot the prison scene set in the former juvenile unit of Ashford Remand Center (which is where HMP Bronzefield is today), the cast and crew utilized the premises of The Citadel. The historical landmark is located on Citadel Road in Dover.

Some parts of the inaugural season of ‘Pistol’ were also filmed in the coastal town of Deal in Kent. The production team reportedly set up camp in the Channel View Guest House situated at 17 Beach Street. Moreover, a few businesses, including Mr. Dapper, Royal Snooker Club, and the Royal Leisure Centre, in King Street, were utilized to record important sequences for the series. However, it seems that the latter two businesses are no longer functional at their usual locations.

Another location in Kent that features in the series is the port town of Folkestone. Apparently, the cast and crew shot some pivotal scenes in the Folkestone Grand Burstin Hotel. The interior scene where the band performs in a restaurant at night was possibly taped inside the hotel, which is located at The Harbour in Marine Parade.

Read More: Is Pistol Based on a True Story?