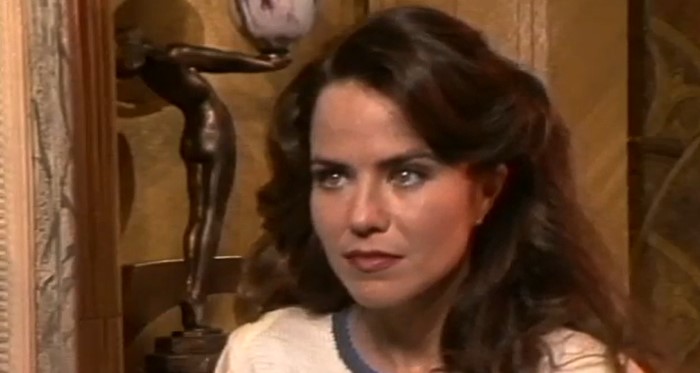 Jamie Crawford’s ‘Prince Andrew: Banished’ on Peacock looks into the allegations against the Duke of York, late Queen Elizabeth’s second son. The documentary looks into Andrew’s alleged connection with Jeffrey Epstein and Ghislaine Maxwell and an accusation from Virginia Giuffre saying Andrew assaulted her when she was a minor. The film also touches upon his relationship with Kathleen Norris “Koo” Stark during the 1980s. So, if you’re wondering where Koo might be today, here’s what we know.

Where is Koo Stark Today?

Kathleen Norris Stark was born to parents in the entertainment industry; she soon followed suit. She appeared in a string of films during the 1970s and was even rumored to be considered for the role of Princess Leia in ‘Star Wars.’ In 2016, Koo claimed that the role was offered to her instead of the minor role she eventually played in the movie (her part was later cut). In 1981, Koo was in London, England, as an understudy in a theater production.

There, Koo was set up on a blind date with Prince Andrew. The two immediately hit it off and began dating soon after. Within the next few months, Koo met the royal family, and the Queen reportedly liked her. They dated before and after Andrew took part in the Falklands war, but by 1982, the media got wind of their relationship, suddenly making it difficult for them to lead an everyday life.

Koo later said, “The attention in those days was unprecedented, and the paparazzi were everywhere. I was once dragged from the back of a motorbike by the hair; I was hit in the solar plexus by a long lens. Photographers on motorbikes literally rode into restaurants to attempt to get pictures of us together. I moved address for 2 years every time my address was published.”

It was later revealed that Koo had acted in an arthouse film in 1976 that included some sexual scenes. Ultimately, she wasn’t considered a suitable partner for Andrew, leading to their relationship ending 18 months after it began. Koo later stated that the notoriety took its toll on their relationship. In 2021, she talked about once being told in the early 1980s that she was on an IRA hit list.

Koo married gallery owner Tim Jeffries in 1993, ending in a quick divorce. About four years later, her daughter, Tatiana, was born, and the father was Warren Walker. Koo had a lengthy legal battle with Warren after their separation. She was accused of stealing a painting from him before being cleared of it in 2013 when she returned it. She also claimed that Warren promised to pay her a certain amount of money every year in addition to a lump sum, but Warren denied it, and the judge ruled in his favor.

After being diagnosed with breast cancer in 2002, Koo underwent a mastectomy, later going under the knife for a second one. Since then, she has cut dairy out of her diet and avoided processed foods. A professional photographer since 1982, Koo has held many exhibitions of her work and used her yoga and meditation skills to good effect. She also published a photography book in 1985. Koo lives in London and plans to write a memoir after being encouraged by the Dalai Lama. Apart from that, she has an exhibition planned for 2024 as an homage to Julia Margaret Cameron, a photographer.