Where is Richard Oland’s Family Now? 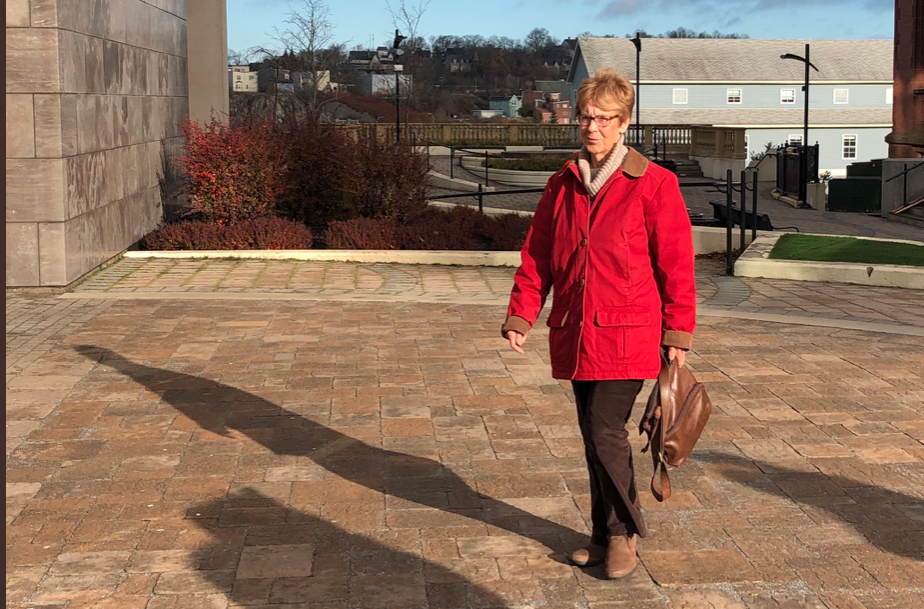 Richard Oland’s assistant, Maureen Adamson, noticed that the main door of the building was surprisingly unlocked. When she climbed up the stairs to the second floor to the entrance of the office, she noticed the same. Within minutes, the location had been sealed off by the police. On July 7, 2011, Richard Oland, the prominent businessman from New Brunswick, Canada, was discovered lying in a pool of his own blood. He had received more than 40 blows to his neck, arms, and head which rendered him lifeless. The incident was highly followed by the media and the public alike. Sundance TV also discusses the case in ‘The Suspect.’ If you’d like to learn more about his family, then you are in the right place.

Richard Oland left behind his wife, Constance (nicknamed Connie), and his 3 children— Lisa Bustin, Jacqueline Walsh, and Dennis Oland. In this article, however, the focus shall be on his wife and daughters only. In his will, it is stated that Connie will be the beneficiary who will receive income from a spousal trust. Upon her death, the trust will be dissolved and the amount will be distributed equally among the 3 children.

Where is Constance Oland Now?

Richard and Connie had been married for almost five decades at the time of his demise. However, their marriage was not a happy one, and it was reported that the two of them lived separate lives. It is alleged that Richard also had an extra-marital affair with Diana Sedlacek for almost 8 years at the time of the crime. Connie, however, was not unaware of Diana and said that she found out about her husband’s death due to a phone call from her.

Connie said that Richard’s relationship with his children deteriorated when his elder brother Derek bought, from him, his share of the family business— Moosehead Breweries. She called Richard a controlling man who was stingy about money and emotionally abusive towards them.

Though his son Dennis was the prime suspect of the crime (and was even found guilty for it until a retrial that would acquit him) his mother never gave up on him even once and stood by him as a rock throughout the lengthy legal battle. Due to a lack of credible sources, and the family’s penchant for privacy, there is no information about her present whereabouts.

Where is Lisa Bustin Now?

Family members of the business tycoon have confirmed that he had high expectations from his children, including his daughter Lisa Bustin. However, they have also said that the brunt was borne by his son, Dennis, with whom he had a particularly strained relationship.

Lisa revealed that while she held his affair in contempt and had not closed that dispute with her father, she still had a good relationship with him. However, she did say that he was the kind of person who could have had anyone as an enemy. She described her deceased father as a conventional businessman who belonged to the school of thought that hard work begets respect.

Gilbert says he is assigned to interview Oland daughter Lisa Bustin. He then interviews Dennis' wife Lisa Oland. Both are recorded.

Defending her brother, she also said that while the father and son did not have a pleasant relationship, and that Dennis was unable to live up to their father’s expectations, he would never do something so abhorrent. According to Richard’s obituary, Lisa Bustin is married to Matthew W. Bustin. There is no other source that can verify the status of her personal life now.

Where is Jacqueline Walsh Now?

Jacqueline described her father as someone who could be quite difficult to deal with at times and also said that she learned to keep him at a distance. She said that not everyone got along with him. She was often spotted in the courtroom during Dennis’s trial, supporting her family.

Jacqueline Walsh is married to Brent L. Walsh, as stated in her old man’s obituary. The Oland family clearly values their privacy, and because of insufficient information, it is hard to comment on her life today.