Where Is Ruby Tandoh From The Great British Bake Off Now? 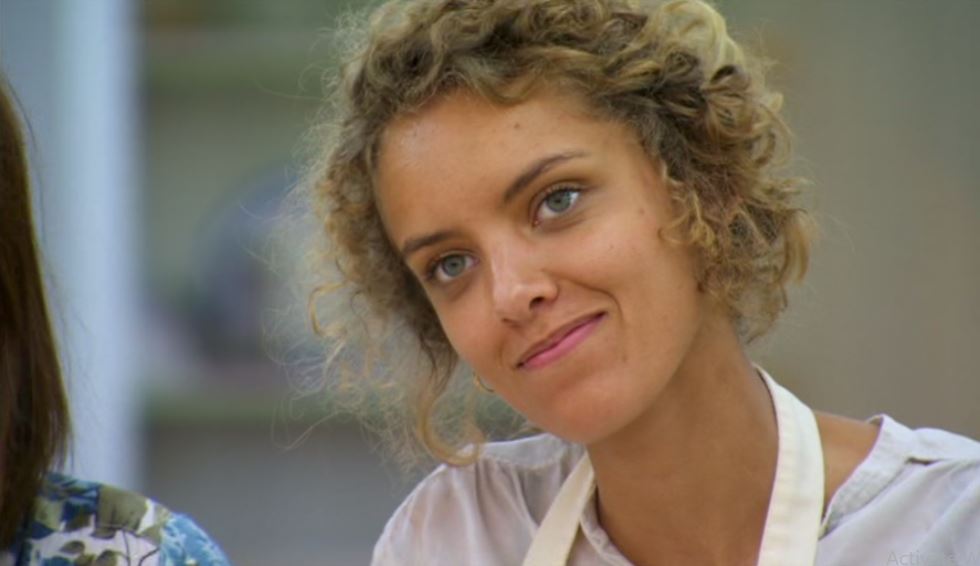 ‘The Great British Baking Show’ (known as ‘The Great British Bake Off’ in the UK), like a lot of other reality cooking competitions on our television screens, brings us a bunch of passionate yet amateur bakers who want to make it big in the industry. The contestants face off in a 10-week long contest, with a new challenge thrown at them each passing week.

Throughout the competition, they whip up some of the mouth-watering confections in a bid to be named the best in the nation. Now that more than a decade has gone by since its inception in August 2010, let’s take a look at what Ruby Tandoh – one of the most famous contestants from the show – has been up to!

Who Is Ruby Tandoh?

Born on July 4, 1992, Ruby Tandoh, who grew up in Southend-On-Sea, a seaside town in Essex, England, is now a professional baker who rose to fame after becoming the runner-up on season four of ‘The Great British Bake Off’ in 2013. But the story behind why she applied for the show or even how she got into baking is one that baffles our minds to this day. Unlike most people who got their passion for food from their parents or culture, Ruby found hers while she was at University, not in the way you might think. 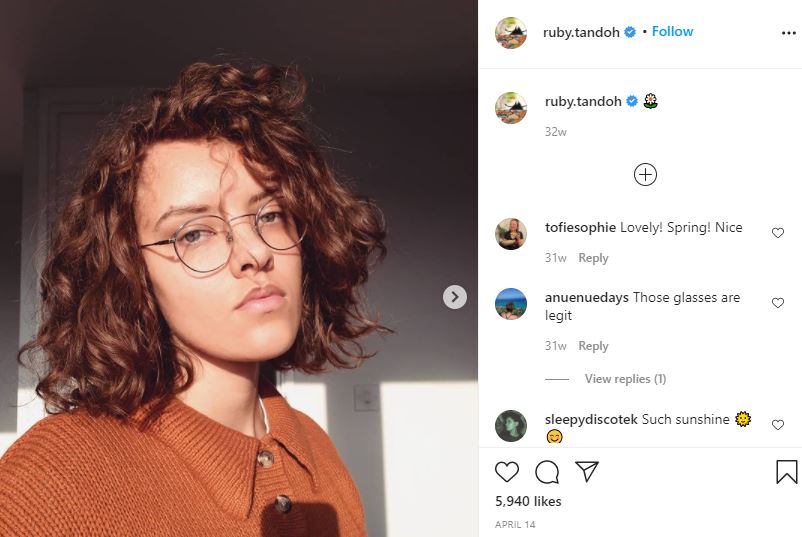 When people usually ask Ruby about it, she comments on how she was tired of eating tin food for dinner while at school. But the truth is, she applied to be on the show barely a week into her classes, without knowing the fundamentals of how to create even the most basic cake, because she thought that having an external commitment would push her to learn a new skill and practice it until she was almost perfect. Which it did, and resulted in her falling in love with food and reaching the finale of the reality show.

Where Is Ruby Tandoh Now?

Like many of ‘The Great British Bake Off’ contestants, Ruby Tandoh has been able to pivot her success on the show into a career in the food industry, but unlike most of them, hers is not limited to the kitchen. Ruby is now not just a professional baker, but she is also a columnist and an author. For quite a while, she was a writer for The Guardian, but in June of 2018, she announced that she would be leaving her post because of the “elitist” nature of the industry. 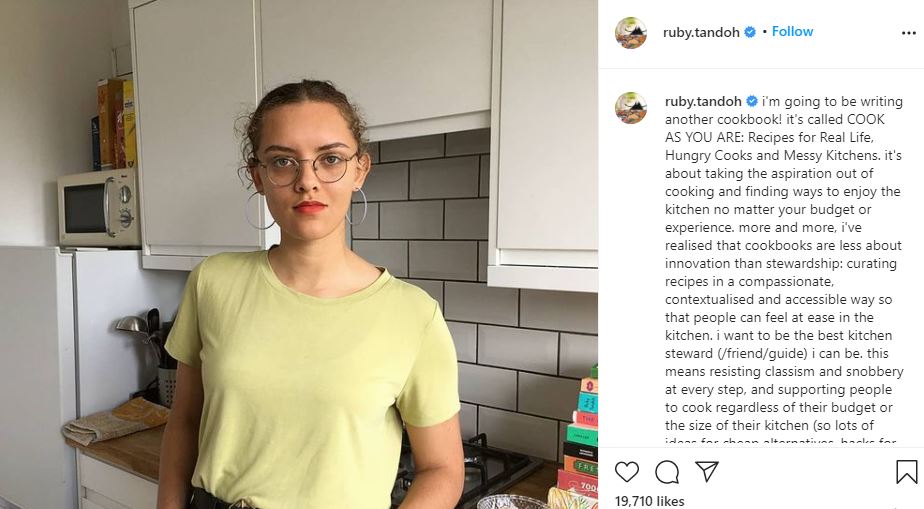 However, by Spring of the following year, she was again doing features and the occasional food-related articles for the paper. Along with that, Ruby has also written for The New Yorker, Vice, Taste, Eater, Food & Wine, Vittles, and Heated, amongst many more. Ruby’s three books – ‘Crumb: The Baking Book’ (2014), ‘Flavour: Eat What You Love’ (2016), and ‘Eat Up: Food, Appetite and Eating What You Want’ (2018) – have also been a huge part of her career. 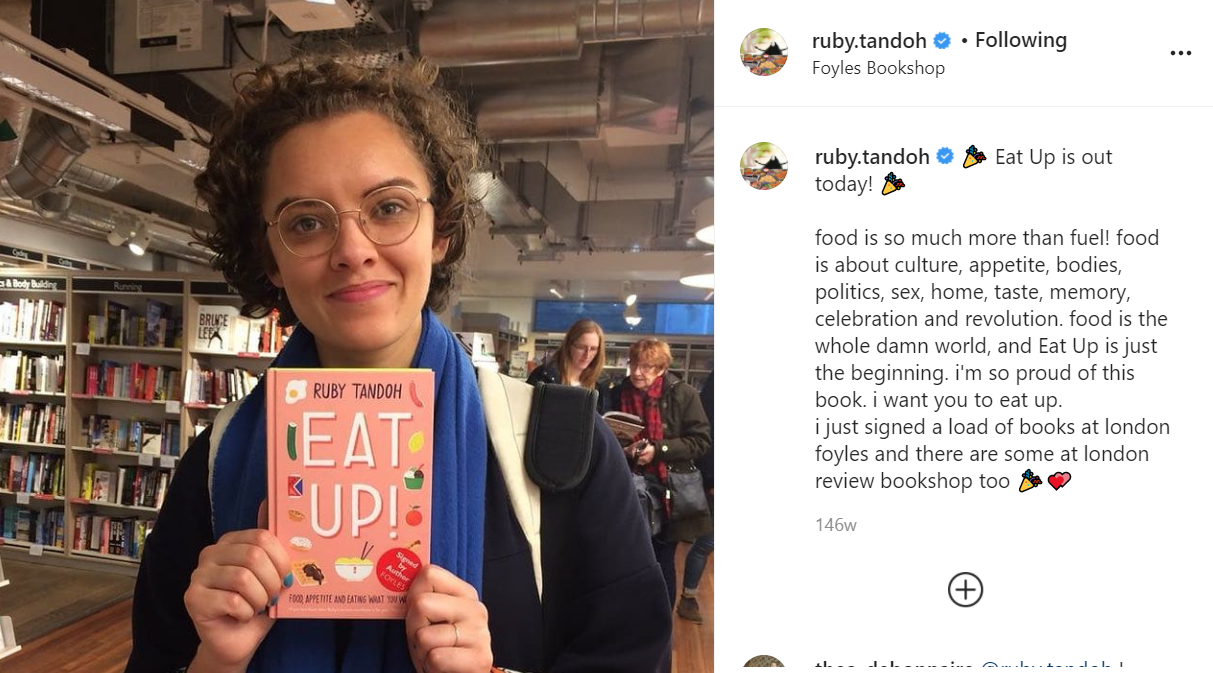 It is primarily because that’s how she spoke up about her struggles with eating disorders and how her goal now is to set a more positive approach to food-related writing. She claims that the “wellness” culture that advocates healthier eating is a business in itself, which, at most times, leads to nothing but body shaming. As if all this isn’t enough, the London-based food enthusiast, along with her wife, Leah Pritchard, has also co-founded a zine, Do What You Want, which focuses on mental health. All profits from it go to charities.