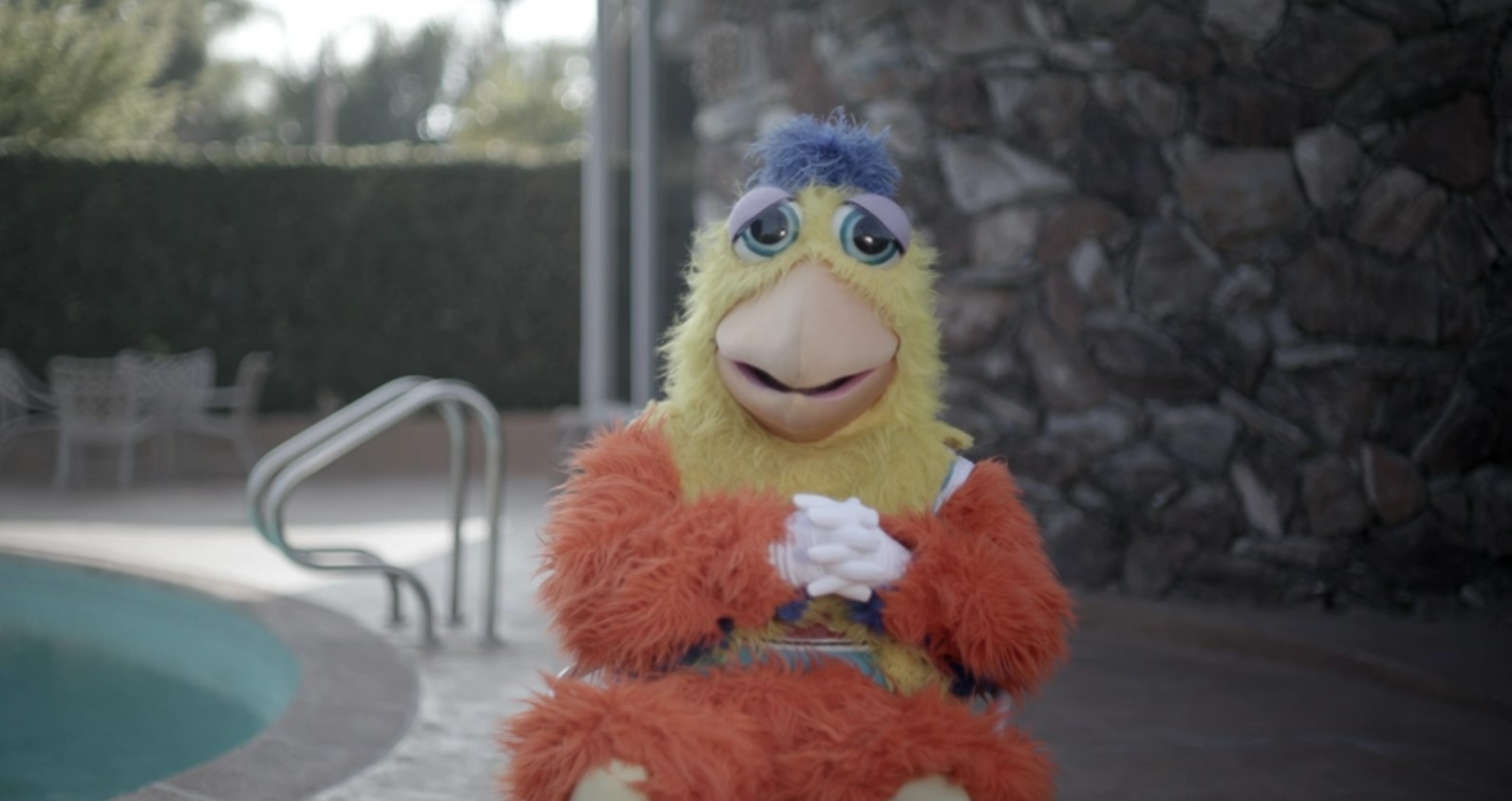 ‘Barney & Friends’ is one of the most popular children’s TV shows in American history. However, little did co-creator Sheryl Leach, nor did the cast and crew members imagine that the titular purple dinosaur would be subjected to violent threats and become the butt of demeaning jokes in large numbers. Peacock TV’s docuseries ‘I Love You, You Hate Me’ explores this very wave of mass hysteria dubbed as “Barney Bashing” as well as the origins of the lovable TV character.

Apart from studying the effects of the negative responses of those related to the show, it features a few people at the forefront of the protests against Barney. This includes Ted Giannoulas, AKA the San Diego Chicken mascot, who even got into a legal battle with Barney’s team. Let’s find out more about what transpired and where Ted is presently, shall we?

Ted Giannoulas is lesser known by his name than he is known as the San Diego Chicken, one of the most famous sports mascots in America. He donned the iconic chicken costume in 1974 when he was just a 20-year-old journalism student, and ever since, he has been the mascot for the sports teams in San Diego, such as the San Diego Padres and San Diego Clippers. With his phenomenal interactive mime and comic sketches on the sports field, Ted soon became a pivotal part of sports games and received the love of thousands of fans. 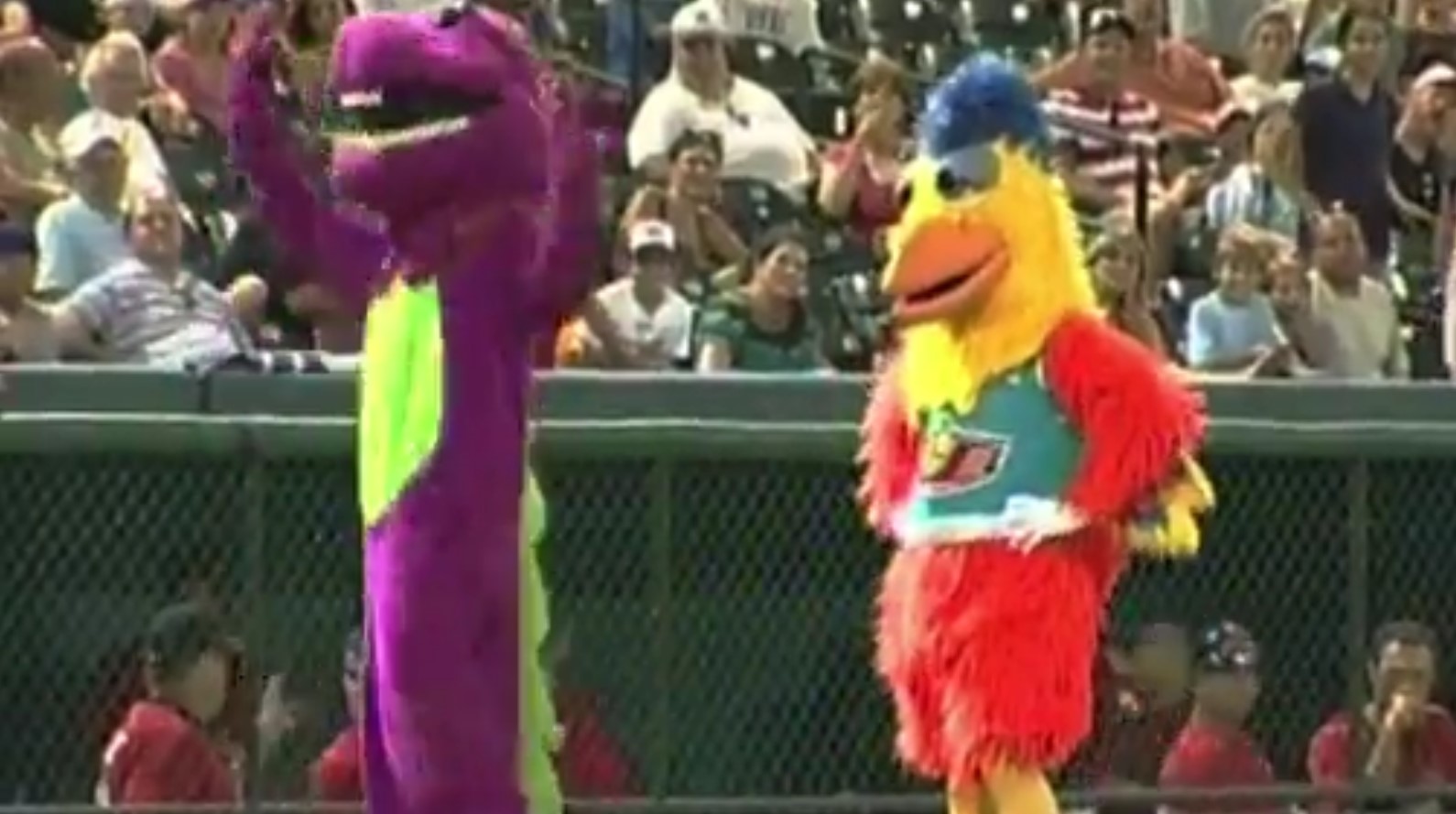 However, things went a bit awry in 1999, when Ted created and performed a skit as the San Diego Chicken at sporting events, wherein he would comically beat up another person dressed as Barney the dinosaur. While the audience seemed to love the sketch, it irked some loyal fans of the latter and the people at Lyons Partnership LP, the company that owned the TV character. This came at the peak of the ‘Barney Bashing’ trend of the 90s, which Sheryl Leach and her team were trying their best to minimize.

Lyons Partnership LP felt that Ted’s San Diego Chicken was insulting and defaming Barney, adding to the negativity the purple dinosaur was already receiving. Thus, the company sent Ted a patent infringement lawsuit seeking $100,000 in damages, as they claimed that his skit came under trademark infringement. Eventually, a three-judge panel ruled in the San Diego Chicken’s favor, stating that his sketch was more of a parody than a copy. Lyons Partnership LP’s appeal was rejected, and they were ordered to pay Ted $180,000 in legal fees.

Where is Ted Giannoulas Now? 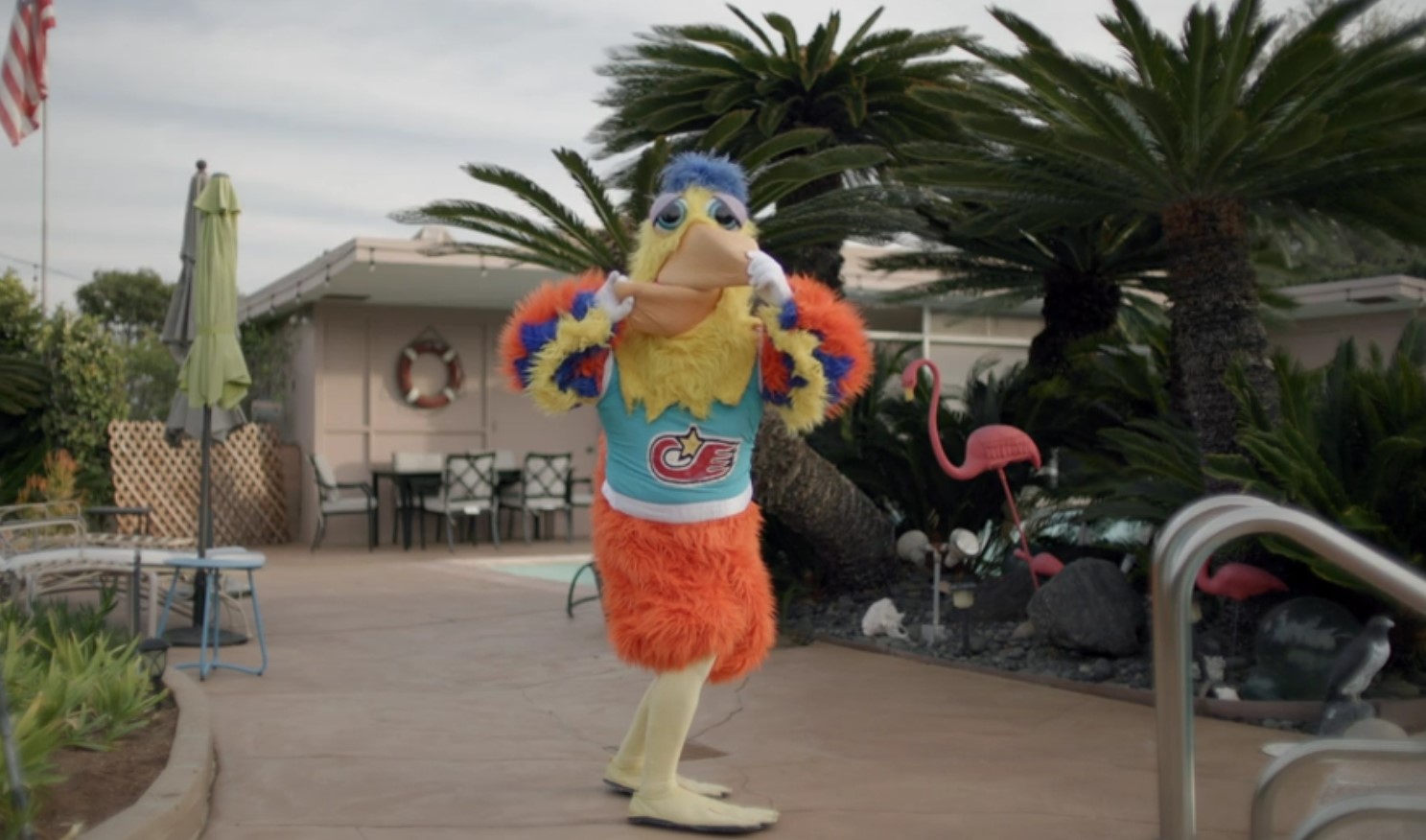 Once Ted Giannoulas won the lawsuit, he continued incorporating Barney in his future skits. He is presently around 69 years old and still resides in San Diego, the home of the San Diego Chicken. Ted has been entertaining the masses as the beloved sports mascot for almost fifty years now, though the frequency of his appearances has significantly slowed down since 2016.

Interestingly, no one has ever seen what the man looks like without the chicken costume in his entire career as the mascot. Recently, in July 2019, the San Diego Chicken made a comeback on the sports field for the San Diego Padres’ 50th-anniversary celebration. Speaking of his career highlights, by 2015, he had reportedly made 5,100 appearances in 917 different facilities, 50 states, and eight countries, donning more than 100 chicken suits.

On the personal front, Ted has been happily married to his wife, Jane Giannoulas, since 1995. The couple has no children and loves working in their yard or visiting the beach in their free time. Ted is a veteran in the entertainment industry, and fans have been delighted to see him in the docuseries; we wish him only happiness for the future.