Where is Sara Svensson Now? 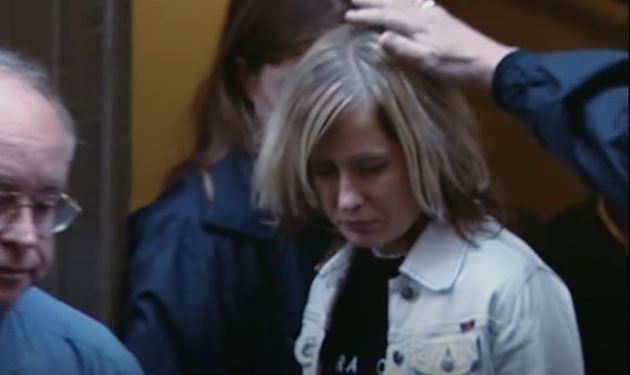 HBO’s ‘Pray, Obey, Kill’ is a five-part documentary series profiling a true-crime tale that captured the world’s attention back in 2004. In the quiet Swedish village of Knutby, a 23-year-old woman named Alexandra Fossmo was shot to death in her bed in the middle of the night. As the police began looking into the matter, though, Sara Svensson confessed. She claimed that she was ordered to murder Alexandra through a series of text messages from God, forwarded to her by the victim’s husband, a pastor in the Pentecostal religious sect, Helge Fossmo. So now that it’s been a while, let’s find out where Sara is today, shall we?

Who is Sara Svensson?

Born on April 6, 1977, in Vaggeryd, Sara Marie Svensson was a seemingly ambitious and well-settled young woman. She’d graduated from a nursing program and worked with people with disabilities for about a year before arriving in Knutby in 1999. Sara married soon after, but the union lasted for only two years. After all, in 2001, she moved in with 30-year-old Helge Fossmo as a nanny for his children and his caretaker, with him claiming that she was the only one who could heal the mysterious ailment he was suffering from. That’s when Helge and Sara’s affair began.

Sara had come to the quiet village to attend Bible school, but she was soon frozen out due to her liaison with the minister. Making use of this, Helge assured his girlfriend that her carrying out the violent acts detailed in the text messages would not only be a mercy to his wife but also Sara’s salvation. He further told her that they weren’t unfaithful as their love was an unprecedented “heavenly love.” With this as her motive, on January 10, 2004, Sara shot Alexandra to death and then attacked Fossmo’s neighbor, Daniel Linde, whose wife was also having an affair with Helge.

However, within days, Sara confessed. Initially, Sara tried to maintain that she was the only one involved in the matter. But after investigators got a hold of her phone records, they learned that Helge had masterminded the entire crime. Thus, they were both charged and arrested for murder and attempted murder. However, when Helge stood trial, Sara was the star witness against him, testifying that she was brainwashed and manipulated through affection to do his bidding, going as far as to say, “I became a robot programmed to kill.” Ultimately, after a few medical evaluations, Sara was ordered to enter a psychiatric clinic in Vadstena.

Where is Sara Svensson Now?

Sara Svensson was under psychiatric care until December 2011. At some point within this period, she had begun to live on her own “under restricted conditions.” Subsequently, when it became clear that she was no longer at risk for relapse or a threat to society, she was released from the institution. Neither the legal prosecutors nor the psychiatrist who had initially advised her care objected to her going free. It has been reported that Sara has since spent some time in an outpatient facility, got an apartment, and studied textiles. In other words, it seems as though at the age of 44, the former nanny now has complete freedom in Sweden.

Over the last few years, Sara has started making public appearances and statements about the 2004 shooting and the Pentecostal congregation’s environment. In fact, in 2020, she even wrote a letter explaining everything. She expressed her regrets and wished that the tragedy had never occurred in the first place. She detailed that while initially, she thought she was right due to some religious reasons, Sara now knows that that was not at all the case, that she was simply being manipulated.