Where is Shakuntala Devi’s Daughter Now? 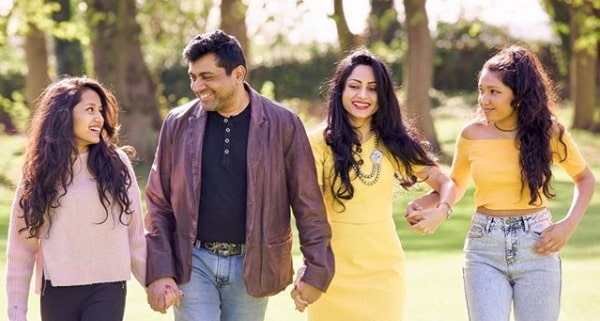 Amazon Prime has recently turned everybody’s attention to Shakuntala Devi’s life in the movie of the same name. We learn more about the phenomenal woman, who is often known as the ‘human computer.’ However, the film is not just about her accomplishments, but her personal life as well. Shakuntala Devi is not just a genius, but a stellar example of a feminist. She raised her daughter on her own and rejected many of society’s labels. In fact, Anupama Banerji, Shakuntala Devi’s daughter, maintains that she was her mother’s Achilles heel.

Shakuntala Devi passed away in 2013, and Anupama described it as a tough time in her life when she really struggled. In fact, she had to relive it a bit while helping out in the movie. With the beautiful mother-daughter bond, one is bound to question where Anupama Banerji is at present. We have got you covered.

Where is Shakuntala Devi’s Daughter Today?

Anupama Banerji doesn’t reside in India anymore. She has moved to London and has her family there. Anupama is married to Ajay Abhaya Kumar, a businessman. The couple has two daughters, one of them being Naina Banerji. You can check out a picture of Anupama and her family here.

Anupama runs her own business, and like her mother, she likes to frequent Harrod’s. Here’s a picture of Banerji, posing for a photo there.

Anupama has given several interviews recently, in light of the renewed interest in Shakuntala Devi’s life. She detailed how a friendship blossomed between the mother and daughter, as they both understood the need to make a home for themselves. Banerji takes great pride in claiming that she was the only person her mother was possessive of, and Anupama understood and enjoyed that. For example, whenever Shakuntala Devi was in London and visiting Anupama for a few months, she’d want all her attention. Ajay, her husband, also asserted that Anupama would clear her schedule with her friends, saying they wouldn’t be seeing too much of her for some time.

Like her mother, Banerji also claims to love mathematics. However, she’s stated she doesn’t have her mother’s zeal to share the love for numbers with the world. Perhaps, the picture of the mother-daughter duo sums up their relationship perfectly. To Anupama, Shakuntala Devi is unforgettable.

In numerous interviews, Banerji has also opened up about her nervousness regarding the movie. She was unsure of how the portrayal would come across. However, what she saw satisfied her. Ultimately, Banerji wanted people to know that Shakuntala Devi was more than just a brilliant mathematician. There was more to her than the ‘human computer.’ She was a woman and a mother- affectionate, caring, and loving. Most importantly, Anupama Banerji says that her mother gave her the best life possible.

Thus, it is not surprising that she’s formed a bond with Vidya Balan, who portrays Shakuntala Devi in the movie. You can see the picture she’s put up here.

While Anupama Banerji has shifted base and has her own life in London, the impact of Shakuntala Devi is undeniable. It is evident from Banerji’s post, promoting the movie while saying that her mother never ceases to amaze. We will leave you with the post here. [Cover Picture Courtesy: Anupama Banerji/Instagram]