Where is SkyMed Filmed? 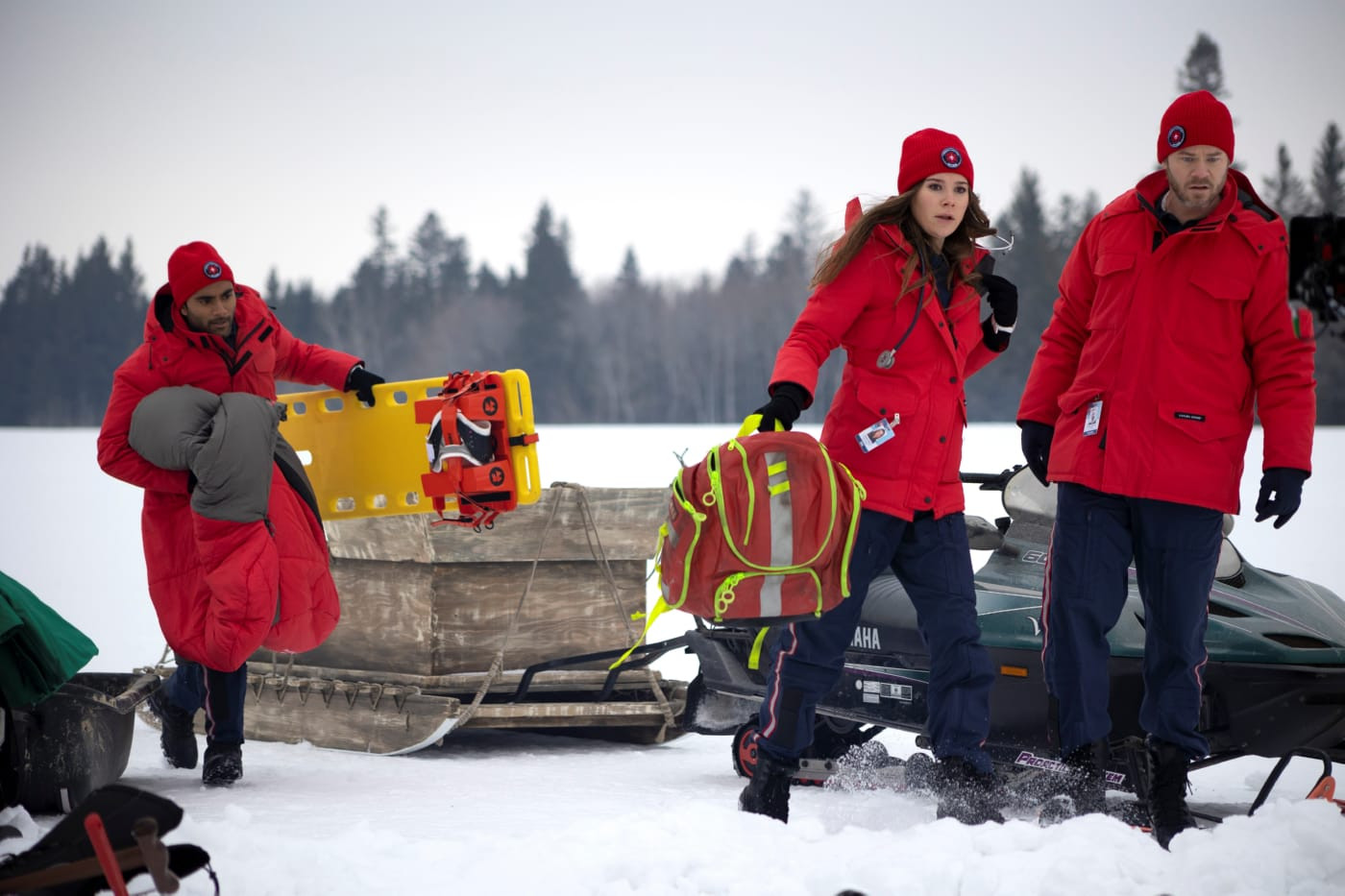 Creator Julie Puckrin’s ‘Skymed’ is a medical drama that follows a host of pilots and nurses who operate air ambulances in remote parts of Northern Canada. While the characters’ heavy-pressure jobs command much of the narrative, their private lives are given attention too. Ultimately the show observes its central group of people as they balance their work and personal lives in a job that requires them to be on their toes at all times.

Operating regular ambulances is fraught with danger, so adding the element of flying into the mix makes the job even more frightful. ‘Skymed’ sees the group called for help in all sorts of remote areas. Thus, one might naturally start wondering where the series was shot. Here’s everything we know in that regard.

Manitoba is where the series is set and also where most of the shooting takes place. More specifically, the show is based in the northern region of the province, its immense natural scenery allowing for some striking shots. The deep forests are instrumental in creating some beautiful imagery. At the same time, however, they highlight the vastness of their surroundings and the loneliness of the place the characters inhabit. Filming for the inaugural season most likely began in September of 2021 and carried on for about 14 weeks before concluding in January 2022.

Interestingly, the team relied more on practical shooting rather than green-screen technology. “It was always at least an hour – sometimes an hour and a half – car ride out to whatever locations we were filming on. Sometimes they would be national parks and really beautiful stuff, but the conditions were pretty extreme. We were trying to film a show that was set in the fall, but in the early winter. It was to the point where cameras stopped working, cars stop working, because it’s just so cold,” actor Thomas Elms shared in an interview with Screenrant. Let’s get into the specific filming locations.

Winnipeg, the capital of the province of Manitoba, serves as a major filming location for the medical series. A casting call was put out in August for numerous extras from the region’s large Indigenous population to play the roles of law enforcement officials, paramedics, firefighters, and regular townspeople.

Winnipeg is an urbanized and modern city, but it retains much of its natural wonder. The deeply wooded areas and the lakes populating the landscape of the city and its outskirts are taken advantage of by the show makers. The show features several scenes in the snow. Winnipeg sees a large amount of snow; thus, it is understandable why the team believes the city is suitable for scenes set in the snow.

Located southeast of Winnipeg, Steinbach is another large city in Manitoba that sees shooting for ‘Skymed.’ The show is partly filmed at Harv’s Air, a flying school located in the city. The total days the first season was filmed here is estimated to be 10. Of course, flying plays a huge part in the show and planes feature heavily in the backdrop as well as in front. Thus, the show closed in on Harv’s Air for production. Some of the staff of the flying school also get to appear as extras in the show.

Apart from the two cities, additional filming also takes place in other areas of Manitoba. Scenes are sometimes shot in freezing conditions, and the production has to roll with it. Talking about the filming process, Natasha Calis told Yahoo Canada, “I just really like the whole hands-on aspect of really sinking my teeth into this role, and being out in the elements and being in the airplanes, and the physicality of all of that. The sights and the locations that we were able to film on, in Manitoba, were so beautiful, and we were filming throughout the winter so we really got to face the cold.”

Talking about the extreme weather situation in the province, Elms added, “It was like playing a survival video game while filming a work project. I remember that we were doing these long days, and Keon, Mercedes [Morris, who plays Lexi] and I would finish this take in -25 or minus -30 degrees with the wind. It’s real conditions; you go in, and immediately your whole body starts steaming because you’re sitting next to the heater and just carrying so much snow and ice in.” 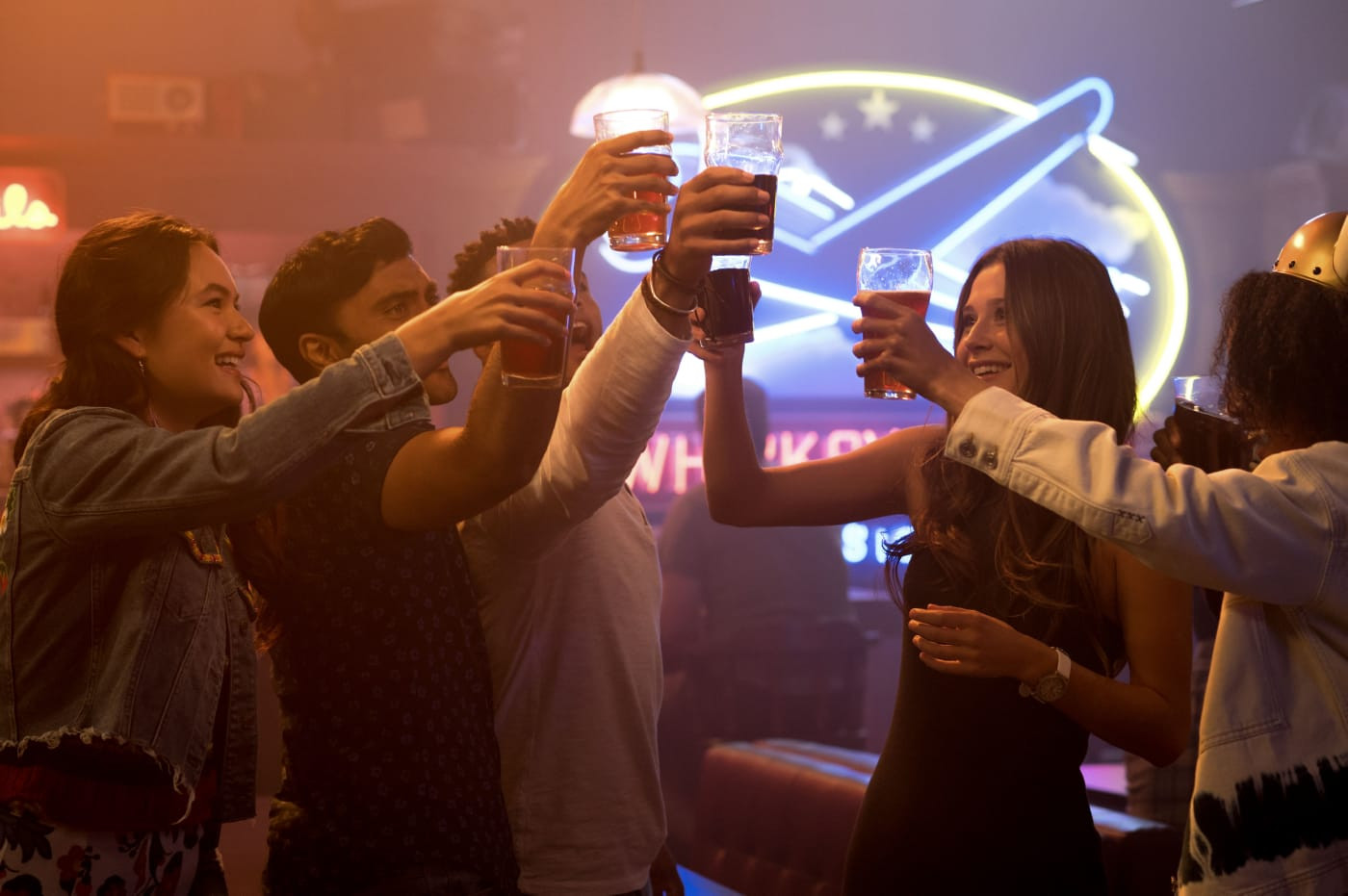 With the show set in Manitoba, it is no surprise that most of ‘Skymed’ is shot in the province. However, a portion of the filming also takes place in Toronto, the capital of the province of Ontario. Apart from dealing with the chilly weather in the Great White North, the cast and crew also undergo a lot of training to perfect their roles. “The pilots and the nurses went off to their own teams and did a bunch of training ourselves, and it was kind of like being back in school. They had PowerPoints for us and were teaching us the ways of the road,” actor Morgan Holmstrom shared in the same interview with Screenrant.

Read More: Is SkyMed Based on a True Story?