Is SkyMed Based on a True Story? 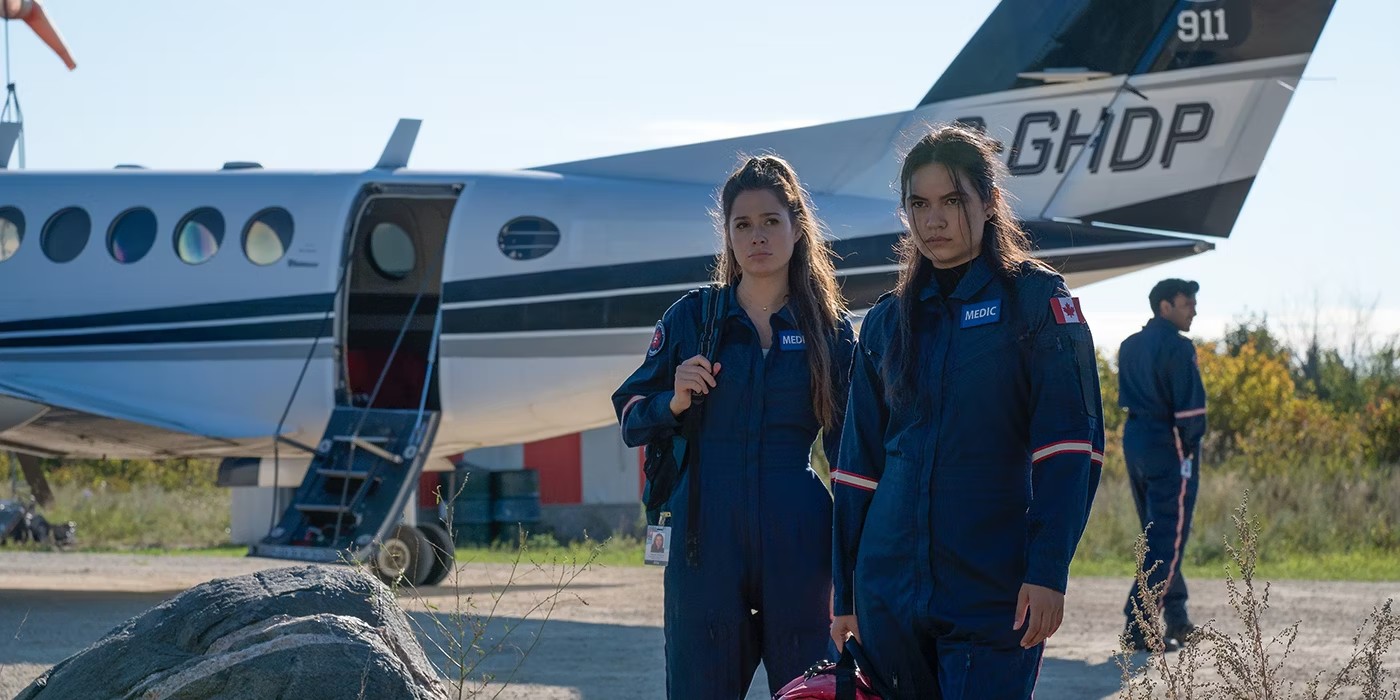 ‘SkyMed’ is a medical drama series created by Julie Puckrin that revolves around the lives of several nurses and pilots who work for an air ambulance service. Set in the Canadian province of Manitoba, the story weaves together the characters’ personal and professional challenges during high-stakes assignments. Therefore, the show appears grounded in reality and gives viewers an emotionally compelling narrative. If you are wondering whether the show is based on real events or people, we’ve got you covered! Here is everything you need to know about the inspiration behind ‘SkyMed.’

Is SkyMed a True Story?

‘SkyMed’ is partially based on a true story. The series was developed for television by Julie Puckrin, who revealed in an interview that she drew inspiration from actual events to craft the show’s narrative and characters. She stated that her sister and brother-in-law worked as pilots for an air ambulance service in Northern Canada, and their real-life experiences served as the basis for the show’s narrative. However, the characters in the show are completely fictional.

The characters were created by Puckrin and the writing team to tell diverse and emotionally resonant stories through the worldview of those working in the air medical assistance services. “Together with a talented team of writers, we created relatable characters full of hope, compassion, and resilience. I am thrilled to be working with such an incredible and diverse cast to bring these exciting, emotional stories to life,” Puckrin said about the show’s characters in a press release.

Thus, it is evident that the show mixes the trials and tribulations of the air medical services and the interpersonal conflicts working professionals face. The series shines a light on the profession of air medical services, a concept that dates back to the Second World War. It involves providing medical evacuation during medical emergencies in remote areas typically inaccessible by land. Such services are a common practice in Northern Canada, where the series is set.

While the challenging aspects of working in the air medical services are highlighted in the series, the narrative is about human emotions and life’s difficulties in general. “Julie has brilliantly imagined these characters who are not only dealing with demanding, high-pressure circumstances, they’re also dealing with the ups and downs of their lives as they come into their own,” executive producer Vanessa Piazza stated in the press release. The characters’ emotional conflicts give the story a semblance of reality, making it emotionally resonant for the viewers. Hence, it stays true to the medical drama genre and its tropes.

Ultimately, ‘SkyMed’ is a fictional story that revolves around characters facing everyday personal issues with which the viewers can relate. Moreover, the characters’ enthralling professional struggles add a distinct flavor and provide some compelling conflicts. While the stories of these characters are fictional, the show’s concept is rooted in reality and derived from the personal experiences of real-life figures who worked in the air medical services.

Read More: Where is SkyMed Filmed?