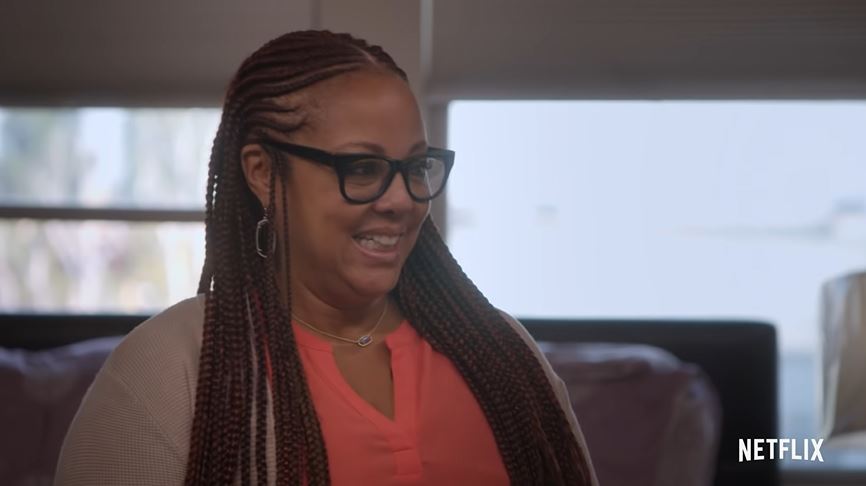 ‘Sparking Joy with Marie Kondo’ is a Netflix original series that profiles the transformative tidying process of the organizational consultant, television star, and entrepreneur, along with how it impacts physical areas as well as emotions. This three-part program delves into how one can declutter their space by simply asking themselves if a belonging gives them happiness or not. The things remaining would thus only exude positive energy and turn lives around, which was precisely the case for South Hills Church Volunteer Lorri Faith Hubert. So, here’s what we know about her.

Who is Lorri Hubert?

Although Lorri Faith Hubert essentially grew up in Long Island, New York, she spent most of her adult life in Texas before relocating to California for good. Despite having faced many hardships in life, she’s a motherly figure who prioritizes the world before herself. Per the show, apart from her two biological sons, Tyler and Jonathan, Lorri also has a daughter, Blair, whom she took in after her parents kicked her out for being transgender. Having been a high school educator for the longest time, she even loved that she could help students become the best version of themselves.

🎄Merry CHRISTmas✝️Christ was born and because of that we are forgiven for our #SINS. 🎼 🎤What a mighty GOD we serve,😇Angels bow before him, 🙌🏽 heaven☁️and earth🌏adore him🎹…On behalf of Tyler, Jb, Blair, Kennedy, Mia, Igbo, and I 🙏🏽we pray you enjoy today #FAMILY ❤️ #LOVE pic.twitter.com/MXLUA6uUQa

However, unfortunately, in the mid-2010s, Lorri got diagnosed with cancer and had to undergo rigorous chemotherapy, which left her unable to work in a school environment daily. She had to give up being a principal, and as her marriage also ended, she found herself a single mother. When Lorri had initially left Texas for Burbank, she’d packed every item, thinking that she’d return to the state and her home after a while. That did not happen, and her apartment started overflowing. That’s when Marie Kondo came into the picture, especially as Lorri was worried about how her home and life would look after her kids went to college.

Where is Lorri Hubert Now?

Thanks to Marie Kondo, her tidying process, and Lorri Faith Hubert’s own hard work, the California resident has now realized that sometimes it’s okay to put herself before others. Hence, she is ready to face the world with her head held high and maybe even go out on a few dates and find a partner with whom she can experience the delights of life. The best part, though, is that Lorri doesn’t let her sickness come between anything she wants to achieve. She originally had thyroid cancer, which led to her developing an autoimmune disease called Bullous Pemphigoid, but after that was done, in 2020, Lorri got diagnosed with breast cancer.

According to a GoFundMe page set up on her behalf, Lorri had surgery for the latter in the fall of 2020 but is still in need of financial assistance due to the medical expenses and ongoing threat to her immune system. Yet, she seems content with where she is today, volunteering at South Hills Church and serving as the President of the Burbank Youth Vocal Arts Foundation. From what we can tell, Lorri’s focus is still on her children and her community, except she now manages to make time for herself as well.

Read More: Where Are Jimmy and Logan Williams Now?