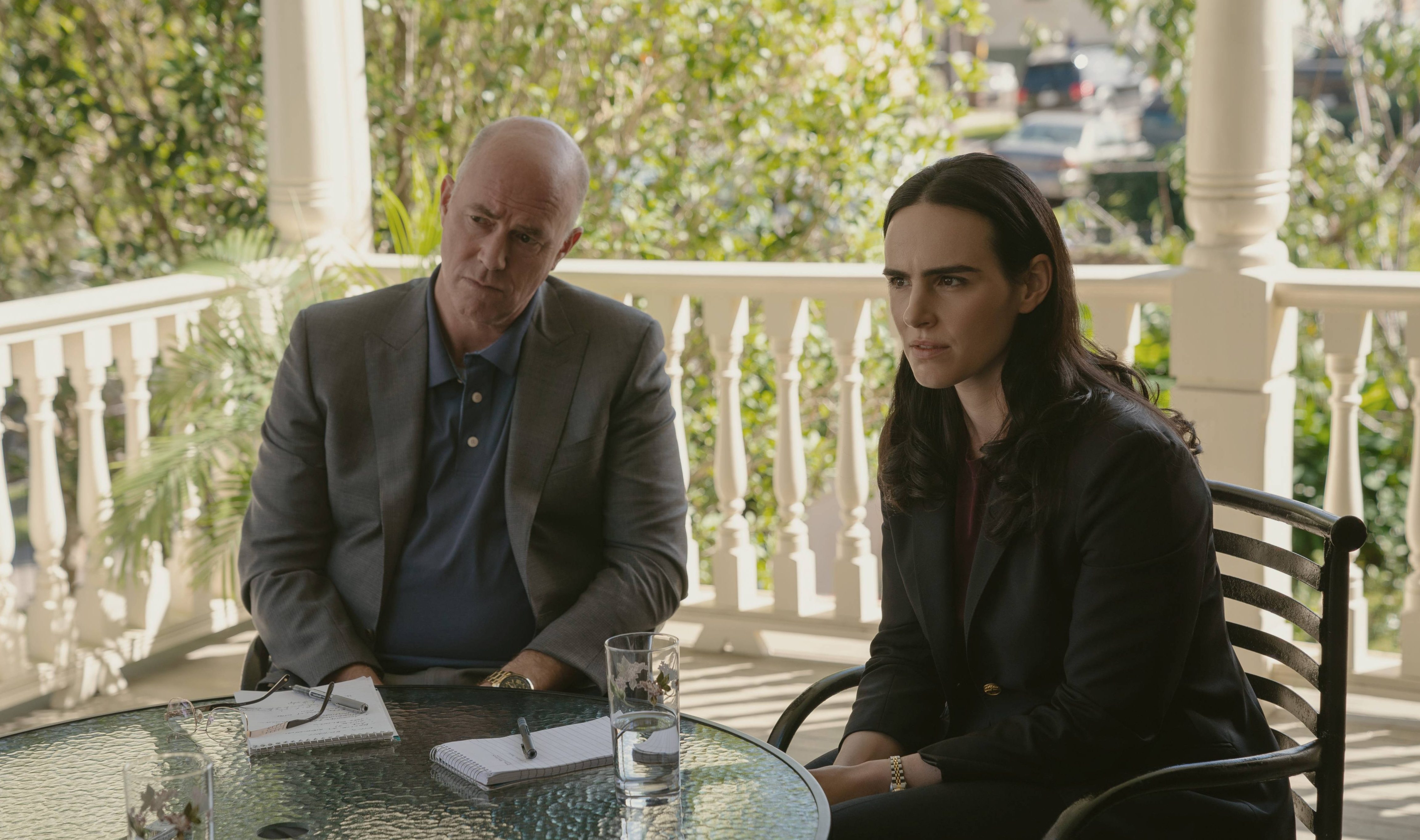 The sixth episode of Apple TV+’s medical drama ‘Five Days at Memorial’ depicts the start of the investigation of the 45 dead bodies that get discovered in New Orleans’ Memorial Medical Center after Hurricane Katrina and the subsequent flood. Arthur “Butch” Schafer, the lead prosecutor of the case and an Assistant Attorney General of the state, teams up with Special Agent Virginia Rider of his Medicaid Fraud Control Unit to unravel the truth behind the deaths and allegations against healthcare workers. Rider’s determination to solve the case succeeds in captivating the viewers, making them eager to know about the real-life connections of the character. Well, here’s what we know about the same!

Is Virginia Rider Based on a Real Special Agent?

Yes, Virginia Rider is based on a real person who worked as a Special Agent in Louisiana’s Medicaid Fraud Control Unit at the time of Hurricane Katrina and the subsequent flood. When an attorney for LifeCare alleged that Dr. Anna Pou administered morphine to several patients, as per Sheri Fink’s eponymous book, which serves as the show’s source material. Arthur “Butch” Schafer joined Rider to start investigating the dead bodies. Rider requested copies of medical records from Tenet, only to be disappointed.

To garner the documents, Rider, Schafer, and others went to Memorial with subpoenas, but they were not allowed to enter the hospital building. Rider then interviewed LifeCare’s Assistant Administrator Diane Robichaux, medicine director Kristy Johnson, and pharmacist Steven Harris, who revealed Pou’s alleged involvement in the deaths of some of the LifeCare patients. The Special Agent then joined a search team, along with Schafer, to gather evidence from the Memorial hospital building.

Rider and Schafer discovered several medical materials, which they sent to labs. They also interviewed Memorial employees such as Susan Mulderick and Dr. Bryant King. After months of investigation, Rider and Schafer’s case got concentrated on the death of four LifeCare patients. Dr. Anna Pou and Memorial nurses Cheri Landry and Lori Budo were arrested and charged with four counts of being a principal in a second-degree murder.

Rider received a blow when New Orleans coroner Frank Minyard revealed that he couldn’t find evidence of homicide since a successful murder prosecution in New Orleans depended on a coroner’s medical determination of homicide. Rider couldn’t hold back her reaction, especially since Minyard had “told her that he believed the deaths were homicides,” as per Fink’s book. “How could you do this? How could you say this?” Rider asked Minyard, as per the source material of the show. On July 24, 2007, the grand jury decided to not indict Anna Pou.

Where is Virginia Rider Today?

The grand jury’s decision to not indict Anna Pou was not the outcome Virginia Rider expected. She “did not believe justice had reached its end in the case,” as per Fink’s book. Before the grand jury could reveal their decision, Rider had left Medicaid Fraud Control Unit upon receiving a new opportunity. “Schafer didn’t see the emotion behind her departure as much as he saw that it would make her more money and give her the chance to become a CPA,” Fink wrote in the source material about Rider’s departure from Schafer’s unit. She eventually became an accountant, just like her mother.

After leaving the Medicaid Fraud Control Unit, Rider started to stay completely away from the spotlight. She seemingly doesn’t maintain a social media presence and has chosen to keep her personal life away from the public eye. At the time of the investigation, she lived an hour away from the city of Baton Rouge, Louisiana. When Minyard didn’t determine the deaths of LifeCare patients as homicide, it affected Rider severely. “Rider was taking the case personally, while she knew she shouldn’t. […] She had collected overwhelming evidence of homicides. She had earned the right to be disappointed, to be devastated,” Fink noted in her book.

Read More: Is Emmett Everett Based on a Real Memorial Patient? Is He Dead or Alive?