Where is Stacey Gardner Now?

Mardy Fish was the top-ranked American tennis player during the early 2010s. But he was also dealing with an anxiety disorder that he was diagnosed with later. Mardy eventually became a vocal supporter of talking about mental health issues that athletes playing the sport face and started by sharing his own story in 2015. Netflix’s ‘Untold: Breaking Point’ has Mardy talking about the same. Through it all, Mardy was fortunate to have his family support him, chief among them being his wife, Stacey Gardner. So, let’s find out more about her then, shall we?

Who is Stacey Gardner?

By the mid-2000s, Mardy was doing fairly well on the court, notching up wins and making deep runs in many tournaments. In the documentary, Mardy talked about being in a good place mentally at the time, feeling fortunate to be traveling around the world playing tennis and hanging out with friends. It was around this time that he met Stacey Gardner. Stacey was an attorney and a model on NBC’s ‘Deal or No Deal.’ 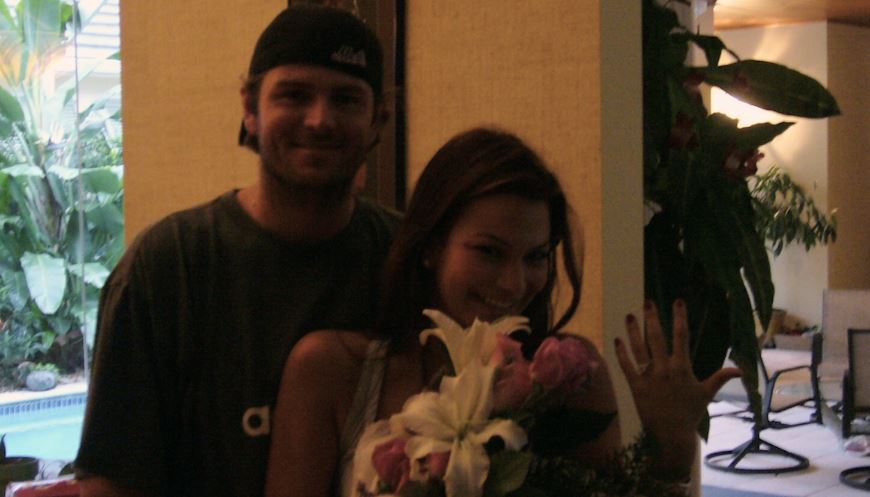 Stacey said that when she met Mardy, he didn’t come across as a cocky athlete but rather a goofy and fun guy. They hit it off pretty well and eventually married in 2008 in Beverly Hills, California. By the time that Mardy was 27 years old, he decided to re-dedicate himself to the sport, hoping to make it to the year-end tournament for the top 8 players on the World Tour Finals. This meant that Mardy had to undergo an intense training regimen. His trainer, Christian Locascio, moved in with the couple in Los Angeles, California.

Stacey said in the documentary that the training was extreme, not leaving him much time for anything else. But the results started to come through, with Mardy winning tournaments, beating top-ranked players, and reaching his goal of making the World Tour Finals in 2011. But with the surge in ranking and performance also came the pressure to perform consistently. Mardy started to have anxiety attacks.

Mardy’s focus on consistently doing better invariably led to the thinking that he wasn’t good enough. Eventually, just before his 4th round match at the US Open in 2012, Mardy was worried about having another anxiety attack on the court. When Stacey asked him while they were en route to the stadium how they could make it better, Mardy told her, “The only thing that makes me feel better right now … is the idea of not playing this match.” Stacey urged him to do just that.

Where is Stacey Gardner Now?

After Mardy withdrew from his match, Stacey was right there with him but in the documentary, she said she worried if Mardy would ever be back to his normal self. He then started to see a psychologist and that began his journey of getting better. Mardy and Stacey welcomed their son, Beckett, in 2014 and their daughter, Stella, in 2016. The family lives in Los Angeles, California, and spend quality time together.

Read More: What is Mardy Fish’s Net Worth?