Where Is Stacy Kuykendall Now? 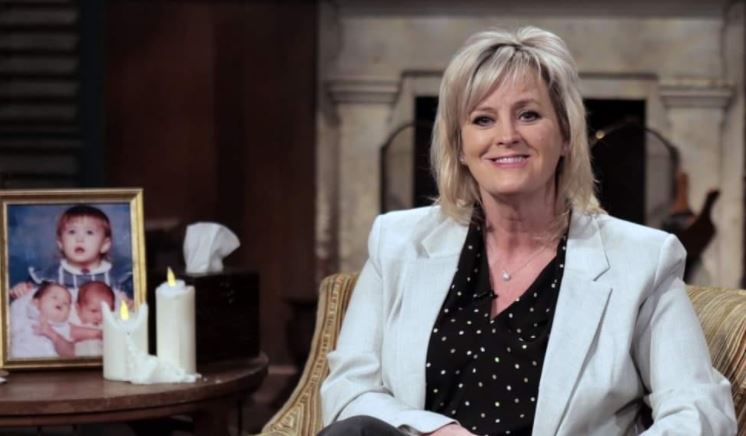 Investigation Discovery’s ‘Evil Lives Here: What If He Was Innocent?’ examines one of the most fascinating tales in American true-crime history by putting the focus on Cameron Todd Willingham once again. The late Texas native was arrested, tried, convicted, and executed for the murders of his three toddler daughters by arson in their family home on December 23, 1991. However, Cameron maintained his innocence to his dying breath, and later evidence also suggested that he could have been wrongly executed. Stacy Kuykendall, his then-wife, played a significant role in the entire matter by changing her beliefs as well. So now, let’s find out where she is, shall we?

Who Is Stacy Kuykendall?

In 1991, when a fire destroyed the Willingham’s home in Corsicana, Texas, and took the lives of 2-year-old Amber and 1-year-old twins Karmen and Kameron, Cameron was the only one who managed to escape. Stacy was unharmed as she was out Christmas shopping at the time. Since the pair had been together for about four years and had tied the knot just months before, when Stacy told officers that Cameron would never hurt their children and that they hadn’t been fighting, she wasn’t challenged. After all, she also agreed to take to the stands to state the same during his trial.

For years, even after they divorced, Stacy Kuykendall advocated for Cameron and his innocence. But she shifted her outlook shortly before his 2004 execution, proclaiming that she now found him guilty of deliberately setting fire to their house. In 2009, Stacy even went as far as to claim that during one of her final visits to Cameron while he was on death row, he confessed to the crime by stating that it was his response to her divorce threat from the night before. This statement contradicted Stacy’s several others, especially as she’d never mentioned such an argument earlier.

It seems like Cameron admitted to the couples’ tumultuous past first, acknowledging that their relationship was affected by their troubled backgrounds. According to an article by  The New Yorker, Cameron was unfaithful, a heavy drinker, and physically assaulted Stacy at times, even while pregnant. And although Stacy did tell investigators about the assault, she always said that her then-husband wasn’t capable of hurting their children because she knew him better than anyone else. Despite that, as time went by, her opinion got swayed by court documents and other evidence.

Where Is Stacy Kuykendall Now? 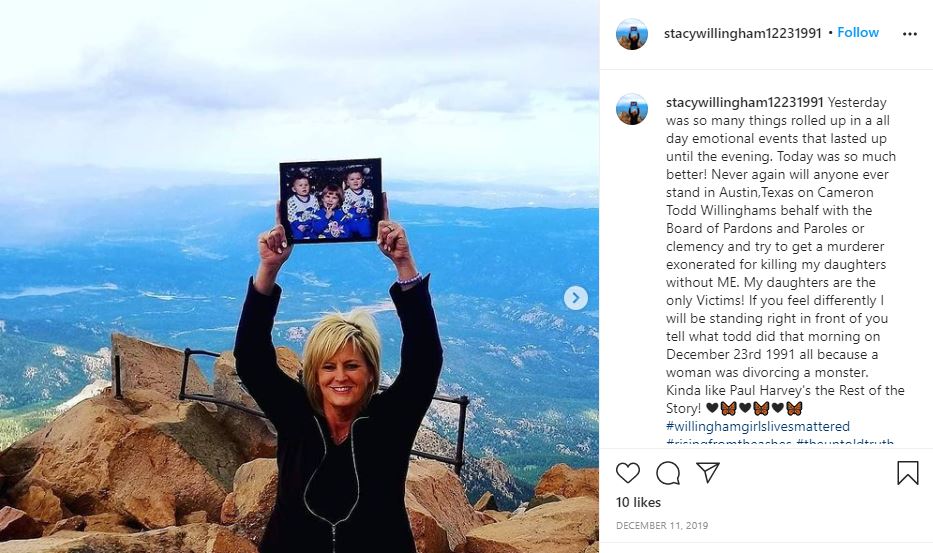 Stacy Kuykendall prefers to remain out of the spotlight. Apart from a few rare interviews, she doesn’t let her past interfere with her day to day life. Before this ID episode, Stacy last gave a public statement to The Huffington Post in 2012, when Cameron’s family was fighting to earn him an acquittal. “Todd is guilty, the criminal justice system and the courts confirmed his guilt, and he should not be pardoned for his crimes,” Stacy said. “My girls would have been 23 and 21 years old today. I miss them so much.”

While we can not be sure about where Stacy currently resides, you can find her on her social media accounts, which she uses as a platform to ensure that no one will ever forget her late daughters. Her Facebook page asserts that she is “The mother of three daughters that were murdered by their father Cameron todd Willingham 12/23/1991,” whereas her Instagram showcases just how much she misses her young girls and how she’ll continue to shout her truth from the highest peaks.