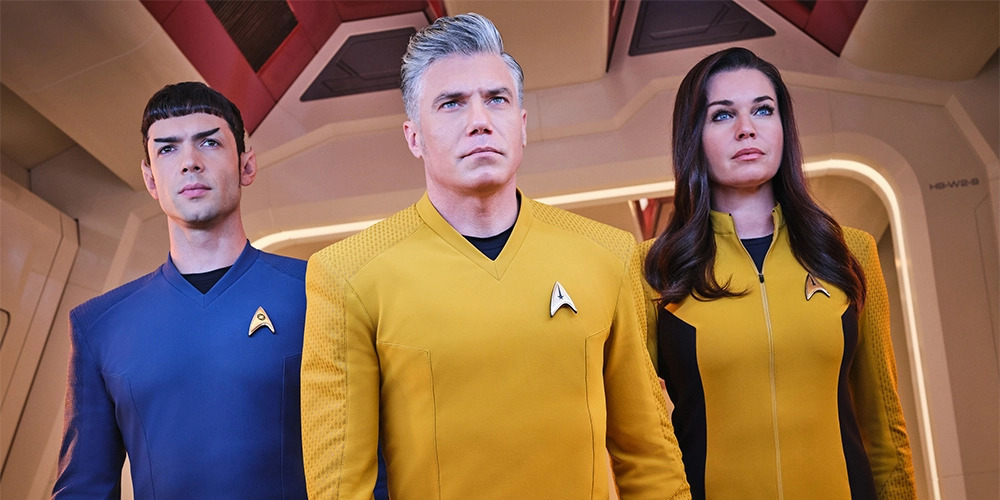 ‘Star Trek: Strange New Worlds’ adds another feather to the ever-expanding ‘Star Trek’ universe. Created by Akiva Goldsman, Alex Kurtzman, and Jenny Lumet, the science fiction series follows Captain Christopher Pike and the motley crew of the U.S.S. Enterprise as they embark upon a sprawling intergalactic journey, charting the ends of the universe. Based on the characters and the original show envisioned by Gene Roddenberry, the show acts as a prequel to the original series, even retaining the episodic nature.

Following its release on Paramount+, the series garnered much praise, owing to its enticing visuals and adherence to the original charm. Most of the story unfolds in strange and futuristic cities, the offices of Federation Starfleet, and in far-flung galaxies and planets, with scenes aiming for a breadth of vision. However, you must be wondering where and how the epic ambiance of the show is created. If you are dying to know the locations where the series is filmed, allow us to guide you to the places.

‘Star Trek: Strange New Worlds’ is filmed in the US and Canada, especially in Ontario and New Mexico. Principal photography for the first season commenced in February 2021 and concluded by July 24, 2021. However, additional filming took place in late 2021. Filming for the second season started in February 2022 and wrapped up by June of the same year. Both seasons 1 and 2 were seemingly filmed under the working title ‘Lily and Isaac.’

The production team of ‘Star Trek: Strange New Worlds’ heads to Toronto to film several exterior sequences. Due to its pivotal location by Lake Ontario and a generic urban landscape, Toronto has become one of the major global production hotspots, earning the moniker ‘Hollywood of the North.’ A significant filming location for the show is the landmark Royal Ontario Museum. Located at 100 Queens Park in downtown Toronto, it is Canada’s largest repository of historical and cultural artifacts. The area outside the museum, particularly Bloor Street West, is where several scenes of season 2 were shot.

@TOFilming_EM There’s a production called “Lily & Isaac” being filmed in front of the ROM on Bloor St W, i think its the new Star Trek show? pic.twitter.com/ieioFRD8CB

Filming for the second season also went underway on several other streets in the city. In March 2022, the cast and crew headed to the Financial District, the city’s central business district. The authorities co-operated with the production team by closing down traffic on Bay Street, Jordan Street, and Wellington Street.

Filming also takes place on Yonge Street, a central arterial avenue connecting Lake Simcoe to Queens Quay. Multiple scenes are filmed in the area, especially in the iconic Yonge-Dundas Square. Located at Yonge Street and Dundas Street East in downtown Toronto, it is a vibrant public square characterized by large banners and neon-lit signs. Around the same time, the cast and crew were spotted filming a few segments near CF Toronto Eaton Centre, a famous shopping mall located at 220 Yonge Street.

A significant chunk of the filming takes place in a studio in Mississauga, a vast Canadian metropolis by Lake Ontario, only about 28 kilometers southwest of Toronto. While the cast and crew lens most of the exterior sequences in and around locations in Toronto, most of the interior scenes of ‘Star Trek: Strange New Worlds’ are filmed inside the comfort of a studio.

CBS Stages Canada, a CBS branded production facility at 1850 Matheson Boulevard East in Mississauga, facilitates the filming unit. Since its inception in 2019, the multi-use production facility has been busy catering to in-house productions, like ‘Star Trek: Discovery’ and ‘In The Dark.’ Equipped with six soundstages, production offices, and auxiliary services, the studio has further added to the growing film industry of Ontario.

While most of the filming takes place in Ontario, the production team of the space-themed show is not limiting themselves to the north. For the purpose of filming, the cast and crew occasionally venture out of their comfortable territory to visit New Mexico. According to reports, the second filming unit may take care of the filming in Mexico, allowing the first unit to continue filming simultaneously in the studio.

As per the New Mexico Film Office announcement, the team utilizes New Mexico’s untapped landscape for visual effects. The southern state features a broad range of dramatic landscapes, ranging from mountains and jungles to dunes. By using these backgrounds and employing the AR wall “virtual set” technology, the crew of ‘Star Trek: Strange New Worlds’ creates a believable atmosphere within the studio.