Where is Stonehouse Filmed?

Based on actual events, ‘Stonehouse’ is a British biographical comedy-drama series that follows a prominent yet disgraced Labour British politician named John Stonehouse, who also served as the Postmaster General within Harold Wilson’s government. With plans to fake his death and start a new life in a new country, John leaves a folded pile of clothes on the shore of a beach and swims against the waves of the sea.

The Sherlock-like stunt kickstarts an investigation to search for John’s whereabouts, resulting in him facing many grave consequences. The real-life husband and wife Matthew Macfadyen and Keeley Hawes portray the Stonehouse couple in the series, that is, John and Barbara. Besides, the use of different locations highlights the transition in the life of John Stonehouse, which is bound to spark questions about the actual filming sites of the series. If you are rowing the same boat of curiosity, you might be interested in what we have to share!

‘Stonehouse’ is filmed in England and Spain, particularly in the West and East Midlands Region and Malaga. As per reports, the principal photography for the debut season of the comedy-drama series commenced in early 2022 and wrapped up in April of the same year. So, let’s not waste time and get a detailed account of all the specific sites that feature in the biographical show!

Most of ‘Stonehouse’ is lensed in the West Midlands Region, an official region that covers the western half of the Midlands, as the name suggests. The production team sets up camp in the county of Warwickshire to tape many vital scenes for the series. Various locales of the local government district of Warwick serve as primary production locations in the show.

In mid-March 2022, the cast and crew members were spotted recording various pivotal sequences in and around the historic Old Contemptibles pub at 176 Edmund Street in the city and metropolitan borough of Birmingham. The area of Harborne, which is situated in southwest Birmingham, also features in the series, along with the disused Henley College Coventry on Henley Road in the city of Coventry.

Additional portions of ‘Stonehouse’ are also taped in the East Midlands Region, the region of England that covers the eastern half of the Midlands. While the production team seemingly travels across different region locales for shooting purposes, the city of Leicester serves as one of the pivotal filming sites for the series.

Several key scenes of the show, including the beach scene where John leaves his clothes on the shore to fake his death, are recorded in Málaga, a municipality of Spain and the second most populous city in Andalusia, which doubles for Miami. In a conversation with British Period Dramas, Matthew Macfadyen (John Stonehouse) opened up about his and the crew’s experience shooting in Málaga. 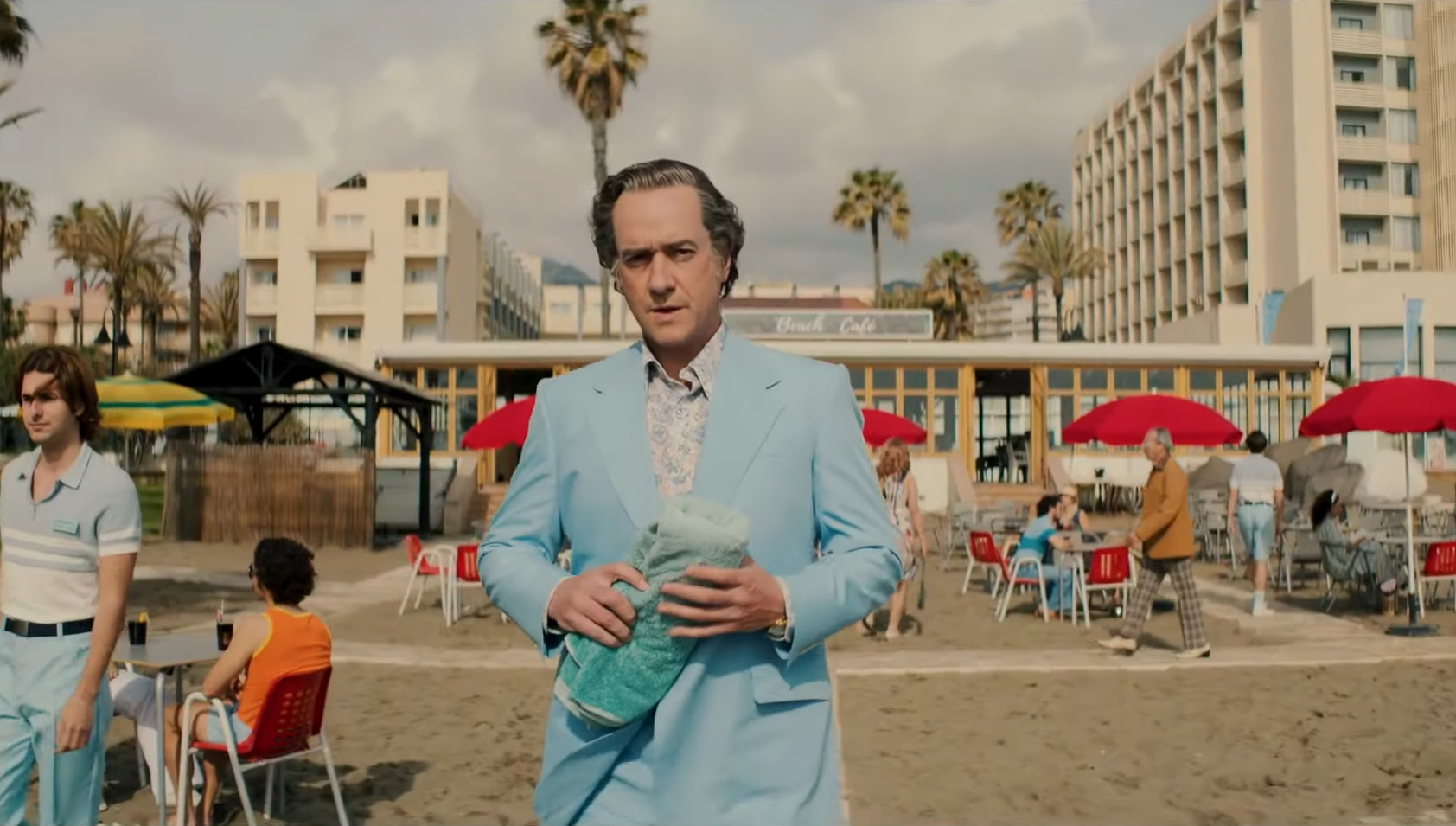 Matthew said, “…The water was very cold. Some of us were in wet suits with camera equipment. Some of us were without, including me. With wig and sideburns. It was extremely chilly. Fortunately, I am a good swimmer. As was John Stonehouse. We had atrocious weather in Spain. Awful storms. The sky went yellow on the last day of filming with all of the sand and dust from the Sahara Desert. We shot there for six days in total, and in all but one of those days, no one could get in the water because it was too dangerous. The waves were huge. Then we had one day of weak sun, and so we went for it. And I think it works on the screen.”

Read More: Is Stonehouse Based on a True Story?