Where Is Taio Kaneta Now? 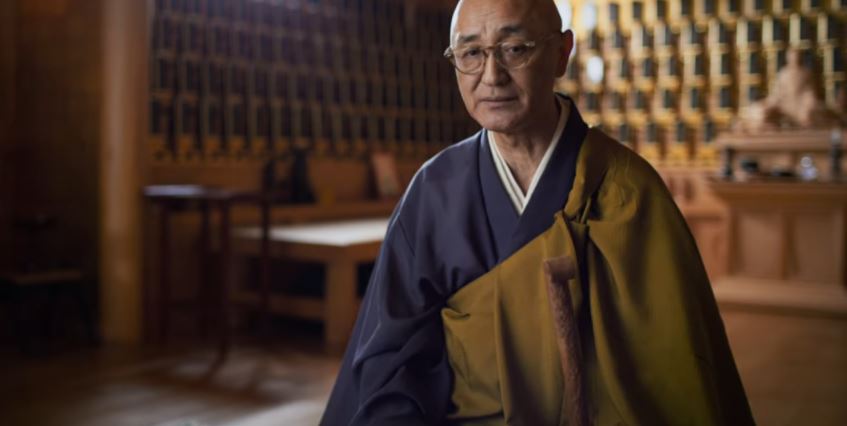 If you’re a fan of true crime, suspense, paranormal activities, and trying to understand the psychological side of what happens to a mind after a trauma, then Netflix’s ‘Unsolved Mysteries’ is the one for you. The reboot of the original 90s series is back again with its second volume, and it is, as expected, as ominous as ever. With ghosts, thousands of deaths, and spiritual possessions, the episode ‘Tsunami Spirits’ chronicles how the Tohoku province of Japan dealt with the 2011 earthquake and subsequent tsunami. In it, a reverend, a monk, Taio Kaneta, takes center stage as he speaks of the disaster, its aftermath, and how he has tried to help out.

Who Is Taio Kaneta?

Taio Kaneta is a 26th generation monk at the Tsudaiji Temple in Nara, Japan. He grew up there, learning everything there was to know about religion and spirituality. After completing his education, which included a college degree, he followed his ancestor’s footsteps to become a monk, vowing to help others in their time of need and believing in a higher power. When March 11, 2011, came around and the disasters struck, the first thing that Taio wondered was why mother nature was being so cruel to the people of northern Japan.

An earthquake, followed by a brutal tsunami, and then snowfall, what could the people do to survive? The next day, Taio’s temple was swamped with people requesting funerals, counseling, and other forms of help, and he tried his best, but it was so much that even he got overwhelmed. The first funeral he did was of two fifth grade girls, and seeing all the lives that were taken, along with the emptiness on the people’s faces, he went into such a shock that he couldn’t stop shaking for a while. Taio knew then that he had to do much more.

Taio volunteered, gave out food, and told everyone that the doors to his temple were open for them at any time. He listened to people talk about their loss, heard the ghost stories, and then, he treated those who came in after being possessed by the wandering spirits of the tsunami’s victims – victims who still had messages to give and lives to live. Taio went away from his Buddhist teachings and prayers for the latter, but he knew that it was for the greater good of both the spirits inside that one body, so he kept on going, which is something that is doing to this date.

Where Is Taio Kaneta Now?

Taio Kaneta is still a Buddhist monk at the Tsudaiji Temple in Nara, Japan. But along with that, he is also the owner and supervisor of Café de Monk, a pop-up café that provides counseling in disaster-stricken areas all over Japan. He that most Japanese, having a different religious and belief system, would not come to a temple for help.

Taio wanted to create a safe space for everyone to come and speak their minds, which is when he came up with the idea of Café de Monk. He decided to travel around the area in his truck, setting up a rotating pop-up café, complete with coffee, tea, and cakes, along with art therapy, massages, and an empathetic ear. The name of the café is a play on words; the English word monk can be pronounced “monku,” which means “to complain” in Japanese.

The café is a place where volunteer monks offer to hear the daily struggles of people who are suffering after the disaster. Sometimes there are light conversations to help people forget for a little while, and sometimes there is just venting, but the setting is normal and a bit loud because that’s what these people need. For the last nine years, with the help of his wife, Taio has been hosting the cafe’s around the region almost every week, helping others cope, and it has been doing wonders.

Read More: Unsolved Mysteries That Have Actually Been Solved