With Hulu’s ‘The Murders Before the Marathon’ exploring the connection between the Waltham triple homicide and the Boston Marathon bombings, we get a new insight into both these matters. After all, this docuseries charts not only the details of Brendan Mess, Erik Weissman, and Raphael Teken’s slaying but also Tamerlan Tsarnaev’s radicalism, as well as everything in the middle. Yet, for now, if you simply wish to learn more about the latter’s wife, Katherine Russell — including her past experiences, their relationship, and her current whereabouts — we’ve got you covered.

Who is Katherine Russell?

Although Katherine was born in Texas to emergency physician Warren Russell and nurse Judith Russell back on February 6, 1989, she mainly grew up in suburban Rhode Island, New England. It thus comes as no surprise that their nominally Christian household was always quite comfortable, allowing her to follow her passions without significant worries, whether it be music or visual art. However, she did land herself in trouble shortly after graduating from North Kingstown High School in 2007 by shoplifting five items worth $67 from an Old Navy store at the local Warwick Mall. 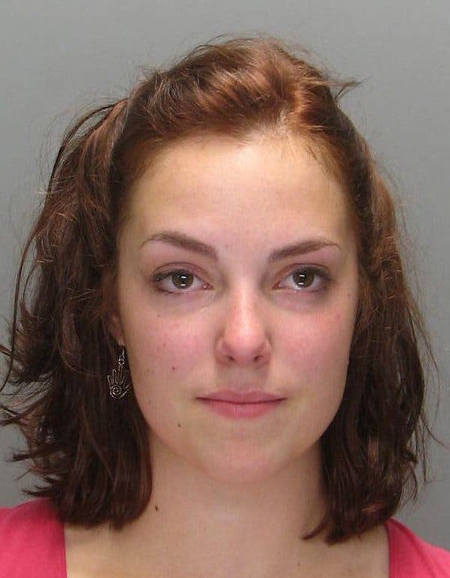 The charges against Katherine were actually dismissed for good owing to the offense’s trifling nature once she performed community service and paid restitution to benefit serious crime victims. She then relocated to Boston as a communications major at Suffolk University, only to soon come across Chechen-Avar immigrant Tamerlan A. Tsarnaev at a nightclub through mutual friends. That’s when they began dating on and off, eventually leading to them tying the knot in a 15-minute untraditional Masjid office ceremony on June 21, 2010, with just two witnesses in attendance.

The couple subsequently moved into his family’s run-down apartment in Cambridge alongside his mother as well as his brother, where they even welcomed their daughter Zahara in late 2010. It was Katherine’s junior year in college, yet she had to drop out to focus on family — she’d also reportedly willingly adopted the name Karima upon converting to Islam for her partner in 2008. Nonetheless, it’s imperative to note that her parents, especially her mother, did not ever like her union with Tamerlan because he was allegedly abusive; it had nothing to do with the religious aspect.

Where is Katherine Russell Now?

Since Katherine had embraced her new life to the best of her abilities, she was extensively questioned once news of her husband’s hand in the triple murder and bombings came to light in 2013. The then part-time home health aide’s computer’s web history actually included searches like “rewards for wife of mujahedeen” (Arabic for holy warrior) as well as “If your husband becomes a shahid, what are the rewards for you?,” but no piece directly connected her to the offenses. Even her DNA/fingerprints were not on the bombs, and the fact there was a search for the 2011 Waltham case alongside her husband’s name on her computer also led nowhere.

Therefore, no charges against Katherine “Katie” Russell have been filed in the decade that has gone by, and she has since ostensibly moved on in every positive way imaginable. From what we can tell, following Tamerlan’s demise in the police shootout for his capture on April 19, 2013, she retreated to her hometown to be near her parents, who supported her unconditionally.

“[O]ur daughter has lost her husband today, the father of her child,” Judith and Warren Russell expressed in a public statement back then. “We cannot begin to comprehend how this horrible tragedy occurred. In the aftermath of the Patriots’ Day horror, we know that we never really knew Tamerlan Tsarnaev. Our hearts are sickened by the knowledge of the horror he has inflicted.”

The Russells even testified in Katherine’s former brother-in-law Dzhokhar’s court proceedings — she wasn’t asked — yet she did purportedly cooperate with the authorities whenever approached. Coming to her current standing, as per the last reports, the 33-year-old has started afresh by settling down in New Jersey, where she’s happy to be surrounded by Zahara, her second husband, and their children. It genuinely appears as if Katherine now prefers to lead a quiet life in an attempt to leave the past behind for good.