The residents of Punta Gorda in Florida witnessed a terrifying incident when Tara Sidorovich went missing from her home on October 1, 2001. Although the police initially did everything possible for her safe return, the case turned on its head when authorities came across Tara’s remains in July 2002. ‘Dateline: The Knock At The Door’ chronicles the gruesome murder of Tara Sidorovich and shows how the crime sat unsolved for years until the investigation led straight to Phillip Barr and David McMannis. Let’s delve into the details and find out where Phillip Barr is at present, shall we?

Who Is Phillip Barr?

Around the time of Tara Sidorovich’s disappearance, Phillip Barr and David Ray McMannis used to take on minor plumbing jobs in and around the city of Punta Gorda, Florida. In fact, they had visited Tara’s house on October 1, 2001, for some plumbing work, hours before she was reported missing by her family. According to reports, Tara’s siblings, Veronica and Paul Ord, returned home from school on October 1 to find their 19-year-old sibling missing.

Surprisingly, the teenager still had her car in the driveway and her essentials along with her identification in the house, seemingly indicating that she had not run away. However, they were surprised to find some jewelry missing from their home. Worried and anxious, Tara’s family gathered a small search party and began combing through the nearby areas but to no avail. There was no news of the missing girl, and once Tara failed to return home that night, her loved ones approached authorities and reported her missing.

The police immediately sprang into action and wasted no time organizing extensive search and rescue operations. They used every facility at their disposal, including sniffer dogs, but Tara seemed to have vanished into thin air. Besides, even a $5000 reward could not extract any information for the public, and the victim’s loved ones began fearing the worst. Ultimately, in July of 2002, their fears were confirmed as authorities chanced upon a grave in a wooded area near Burnt Store Road.

A team was immediately dispatched to the location, and the police were able to recover human remains, which were soon identified as Tara’s. Later, an autopsy determined that the victim had been bludgeoned to death with a heavy object. Unfortunately, with no leads, the case sat unsolved for years until the police received a significant breakthrough. Incidentally, Phillip and David were cleared of all suspicions early into the investigation. Yet, unable to keep away from crime, Philip later went to prison for a check fraud case.

While in prison, he met Michael Artell, who approached the police in 2007 and mentioned that Phillip was scared of becoming a suspect in Tara’s murder investigation. Subsequently, other witnesses placed Phillip’s vehicle at Tara’s house on the day of her disappearance, and the suspect’s ex-girlfriend mentioned that she saw him load a bloodied sack onto his truck hours after the incident. Thus, with enough witness statements and circumstantial evidence, the police decided to arrest Phillip and David for the murders.

Where Is Phillip Barr Now? 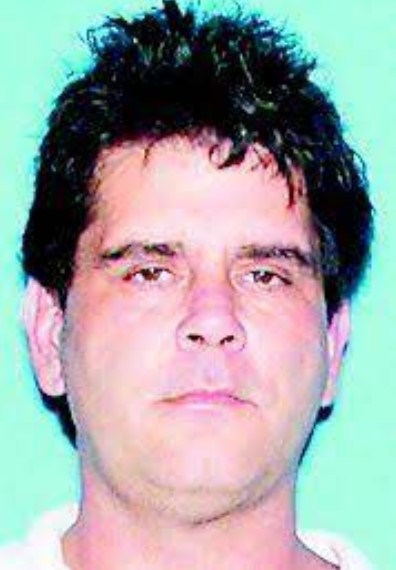 Once produced in court, Phillip insisted on his innocence and pled not guilty. However, the jury was not convinced and ultimately convicted him of first-degree murder. As a result, Phillip was sentenced to life in prison without parole in 2015. Similarly, his co-conspirator, David McMannis, was also found guilty of first-degree murder, which netted him a life sentence without parole. Thus, with parole entirely out of the picture, Phillip spends his days behind bars at the Dade Correctional Institution in Homestead, Florida.