Where is Terilisha From The Circle Now? 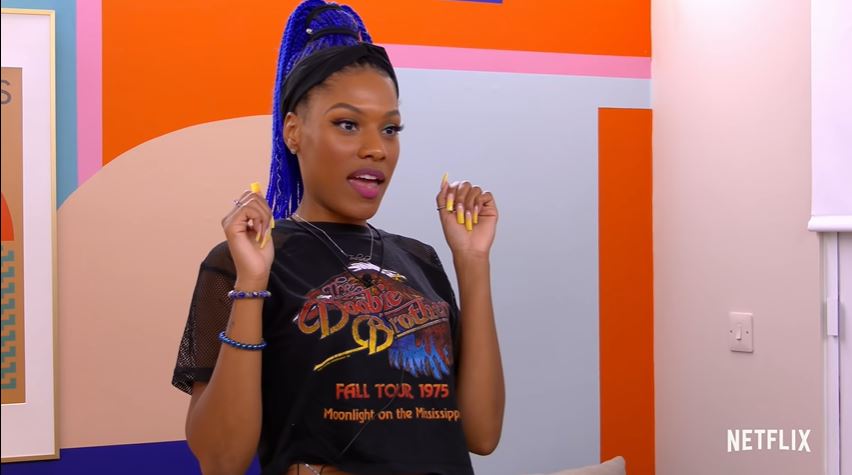 Netflix’s social media-inspired reality competition series, ‘The Circle,’ is back with another season, and this time, it’s bigger and cattier than ever. With several twists and turns, fake friends, catfishes, and more emojis and hashtags than we can count, it showcases how authenticity can be the most crucial aspect of life. The end game here is to stay on top of the popularity curve and walk away with the $100,000 grand prize, but as no player can meet face-to-face, it makes things like creating lasting impressions tricky. However, hoping to overcome this obstacle, along with all others, is Terilisha.

Born on August 16, 1986, in Dallas, Texas, Terilisha features in Season 2 of ‘The Circle’ as a substitute teacher considered cool by her students due to her long blue hair. In reality, though, she is so much more than that — she is a songwriter, recording artist, and actress who has been in the industry since she was a young girl. Having grown up listening to Aaliyah, Beyoncé, Toni Braxton, Stevie Wonder, and Donny Hathaway, amongst many others, after singing in different girl groups and church choirs, Terilisha went solo at the age of 17.

Since then, she has released original music and worked with some of the top names in the entertainment world. “It’s amazing to see the goals I set as a child come to fruition as an adult, to be able to say, ‘I’ve become the recording artist, songwriter, and actress I always desired to be,'” Terilisha said in a 2019 interview. “I think one of the greatest things from being in this profession is not only am I able to take from my experiences but from other people’s experiences and write/sing songs that feel good and are relatable. I do it because I love it.”

After releasing “Spotlight” (2013), “N.A.S.” (2015), “Naughty Naughty,” and “Giving You All My Love” (2017), Terilisha came out with her debut EP “The Blue Heart” in 2019, which, combined with her single “Sex So Good,” paved the way for her as an artist. Along with that, you can also find her in the Dallas-based coming-of-age dramedy series ‘#Washed.’ “My art is made for everyone,” Terilisha stated. “It’s created to resonate with the mind, body, and spirit of everyone who listens. It’s a great joy to make and create music but also to be able to express my love of acting through my character portrayal of Khloe on the original series.”

As for where Terilisha is today, well, she’s still in her hometown, where she’s building her brand and getting ready to punch out new projects as an entrepreneur. Moreover, as per her farewell post to the year 2020 on Instagram, she has shot her first movie and is now taking “the first steps to creating a legacy for myself through philanthropy with my nonprofit ‘Terilisha’s Touch’.” She also implied that she’s single by adding, “I took a step back from love and poured it all into myself…healed without distractions and it allowed me to flourish. I literally crossed dreams off of my bucket list.”