Where is The Beast Must Die Filmed? 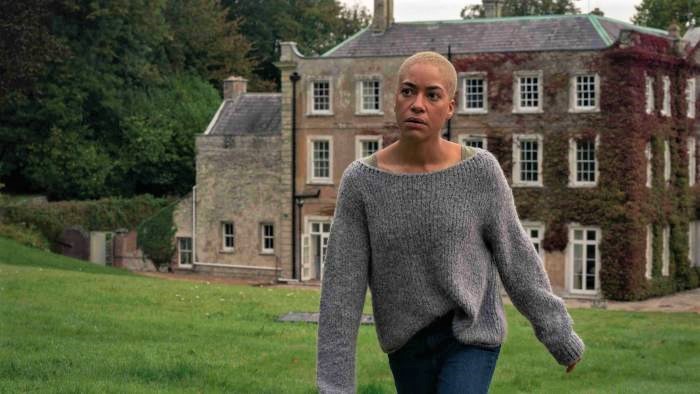 Based on the novel of the same name by Cecil Day-Lewis, ‘The Beast Must Die’ is a British drama–thriller series that revolves around a grieving mother’s desperate attempt to give her son justice by ingeniously involving herself with the culprit’s family. Featuring stand-out performances by Cush Jumbo, Jared Harris, and Billy Howle, every episode in the show is framed in a manner that heightens viewers’ anticipation by creating an ambiance of ever-present danger and paranoia, leading fans to wonder where the show is shot. In case you find yourself thinking the same, we have got you covered.

The Beast Must Die Filming Locations

The Gaby Chiappe creation is filmed almost entirely in the Isle of Wight and other regions in England. The production of the drama thriller commenced in late August 2020 and wrapped up after three months of hard work and dedication on November 14, 2020. The overall process of filming took 63 days. Since shooting is done in multiple locations on the island and the north-western European country, let’s familiarize ourselves with each of them.

Located on the easternmost point of the English island, Bembridge is one of many filming locations for the show. The cast and crew filmed the school sports day scenes in the region at Love Lane. Since the production is done during the global coronavirus pandemic, the entire team has to go through over 5,000 COVID-19 tests. The actors and extras also followed other COVID-19 safety norms, such as mandatory masks and social distancing.

Culver Down, Isle of Wight

The British drama-thriller series is also filmed in Culver Down. Located to the north of the civil parish and resort of Sandown, the awe-inspiring region provides ideal shooting conditions for a show like ‘The Beast Must Die.’ The production for the first season of the series took place in the area on September 5, 2020, near the battery and pub.

The Cush Jumbo-starrer is also filmed in Yarmouth. Located at the mouth of the Yar river, the port city is located in the north-western parts of the Isle of Wight. Several shots have been taken at the sea-facing regions at Norton Spit. Many residents of the island are actually involved in the production of the show in off-camera roles and as extras.

Located on the northeast coast of Isle of Wight, Ryde is another shooting location for the show. The filming for the series also took place in the region at Waterside Community Trust situated at 22 West Hill Road, Ryde PO33 1LG. In season 1 of the show, some underwater filming scenes were shot in a swimming pool because the pandemic made use of dedicated tanks impossible.

Other locations in the Isle of Wight

Filming for the show is also done in numerous other locations on the island. Situated in the English Channel to the west of the Isle of Wight, The Needles is a mesmerizing row of three stacks of chalk. A portion of filming of the show is done there, along with the multicolored sand cliffs of Alum Bay. The Military Road also serves as one of the filming locations.

The actors also filmed crucial scenes in Gatcombe Manor situated at Sandy Lane, Gatcombe PO30 3DW. In the 63-day shoot of the first season of the thriller drama series, the crew filmed for over 600 hours, and the shooting locations also include Compton Bay, East Cowes, and Ventnor.

Barney Sayburn, who plays Phil, posted a series of pictures capturing the beautiful port city of Portsmouth while leaving the Isle of Wight after the wrapping-up of the shoot. Located in Southeast England in Hampshire county, it is just a two-hour drive away from London. Due to its proximity to several key filming locations in the European country, the city attracts a lot of filmmakers. Over the years, several television shows and movies are shot in the region, including the epic periodical music film ‘Les Miserables‘, shot at the seaport city’s historic dockyard.

Read More: Is The Beast Must Die a True Story?