Where is The Great Soul Food Cook-Off Filmed? 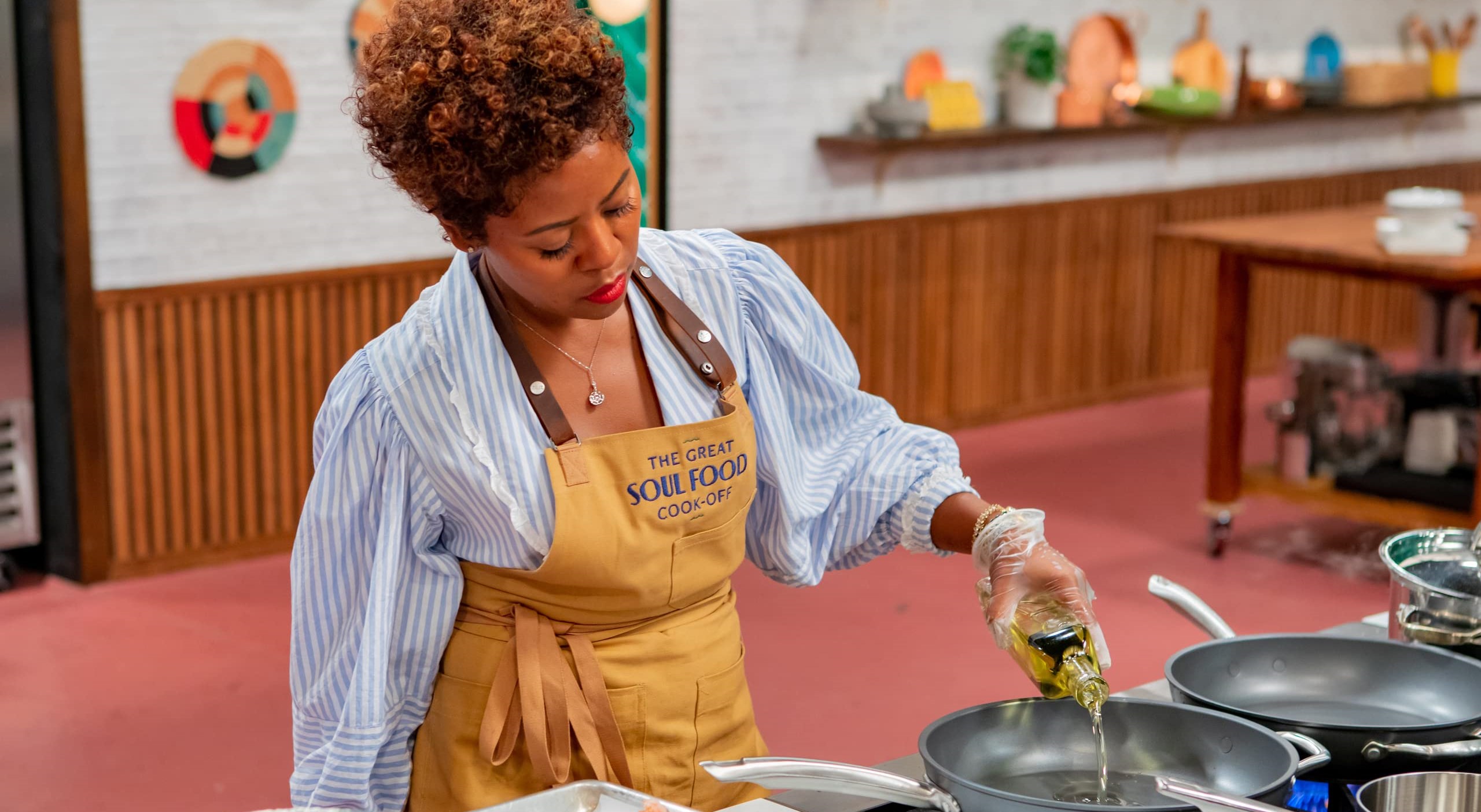 ‘The Great Soul Food Cook-Off’ is a competition series that involves eight black chefs cooking dishes inspired by black culinary traditions. Living up to its name, the cooking show highlights the rich history and diversity of African-American cuisine. While eight chefs compete to impress the judges, only the winner can take home the grand prize of $50,000. Apart from its interesting format, what makes the show all the more entertaining is the fact that Kardea Brown — an acclaimed chef herself — hosts the show.

Alongside Brown are the two full-time judges, Melba Wilson and Eric Adjepong. The judges’ panel even includes several guest judges. Another aspect that stands out is the setting, as the production does a great job of creating a warm and inviting ambiance to go with the homely element of the cuisine. So, it is natural for you to scratch your head and wonder where the series is shot. Well, here is all the information regarding the same!

Since the cooking competition is produced by New York-based production company Good Egg Entertainment, it is likely that ‘The Great Soul Food Cook-Off’ is filmed in New York City. The production house is known for several other beloved cooking competition shows, such as ‘Money Hungry,’ ‘Chopped,’ ‘Eye Candy,’ and ‘Dishmantled.’ The principal photography for the first season of the Kardea Brown-fronted series seemingly commenced in August 2021. Now, let’s take a look at the specific locations where the show is lensed!

New York City is home to a number of studios and sound stages owned by different production companies. From what we can tell, the team of ‘The Great Soul Food Cook-Off’ makes use of one such facility to shoot the cooking competition series. The neighborhood of Harlem in Upper Manhattan appears to be one of the places where the show is lensed.

Located at the southern end of the state of New York, the Big Apple is considered the cultural, financial, and media capital of the world. Apart from the well-equipped filming studios in the city, production crews enjoy capturing the vast and versatile cityscape. Moreover, the metropolis has a lot to offer in terms of entertainment, so it is safe to say that the cast members of season 1 had a good time when they were not working on some mouth-watering dishes.

As a matter of fact, ‘The Great Soul Food Cook-Off’ is not the first food competition show to use the facilities of New York City. Some of the other cooking shows, such as ‘Guy’s Big Bite,’ ‘Cooking For Real,’ ‘Iron Chef America,’ and ‘Ultimate Recipe Showdown,’ have also been filmed in the region.