Where Is The Morning Show Filmed? 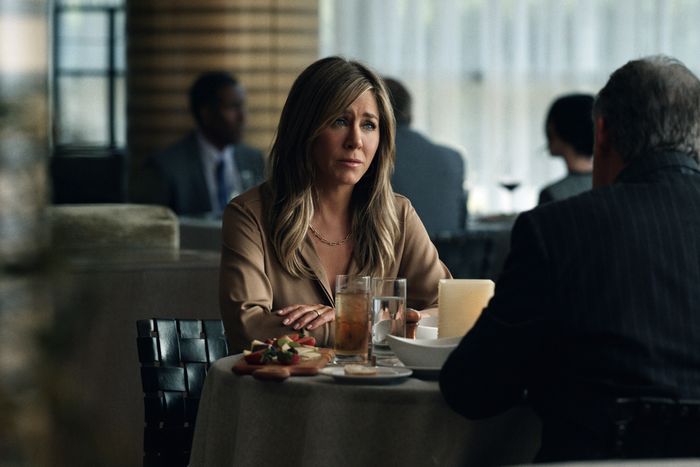 Created by Jay Carson and developed by Kerry Ehrin, ‘The Morning Show’ is a comedy-drama series that revolves around the cast and crew of a popular breakfast news program that airs on the fictional UBA network. Alex Levy (Jennifer Aniston) has hosted the show for the past 15 years, but her career faces an unprecedented crisis after her partner Mitch Kessler (Steve Carell) is sacked from his position following a sexual misconduct scandal.

Now, Alex has to fight tooth and nail to keep her job while facing stiff competition from outspoken Bradley Jackson (Reese Witherspoon), her new anchoring partner. ‘The Morning Show’ draws inspiration from Brian Stelter’s 2013 non-fiction book ‘Top of the Morning: Inside the Cutthroat World of Morning TV.’ The UBA Network in the show is headquartered in Manhattan, New York. As a result, ‘The Morning Show’ is also predominantly set there. If you are wondering whether it is filmed on location or elsewhere, we got you covered.

‘The Morning Show’ is predominantly filmed in various locations in and around Los Angeles, California. Multiple scenes from season 1 were shot in New York City, New York. The production for the first season reportedly began in late October 2018. By early May 2019, production has moved to New York City. Filming concluded for the inaugural season later that month.

For season 2, principal photography started on February 24, 2020. However, less than a month later, on March 12, Apple TV+ shut down the production because of the COVID situation. Filming reportedly resumed by February 2021 in Los Angeles. Filming for season 2 was completed on March 18, 2021. Let’s look at specific locations in detail.

Los Angeles, the world’s entertainment capital, serves as the main filming venue for ‘The Morning Show.’ The 42-story 611 Place, located at 611 West 6th Street, is transformed into the building that houses the UBA network for the show. The modernist style-skyscraper was also the location where scenes from ‘Mr. Mom’ (1983) and ‘Along Came Polly’ were shot.

In season 1, Cory Ellison (Billy Crudup) drinks at a bar. This scene was shot at Gallery Bar and Cognac Room at the Millennium Biltmore Hotel, located at 506 South Grand Avenue. Bradley and Cory’s first meeting in season 1 was filmed at Cicada Restaurant and Club, located at 617 S Olive Street. Several interior scenes of the second season were filmed at Sony Pictures Studios, located at 10202 West Washington Boulevard.

As New York is the primary setting of ‘The Morning Show,’ show creators have filmed several scenes in the city. In season 1, Bradley and Cory’s conversation about what choices they have was shot at Bryant Park, located at 8 W 42nd Street. Bryant Park also appears in the 10th episode of the first season in the scene where Charlie “Chip” Black (Mark Duplass), an executive producer on the titular show, struggles to deal with his firing from the job.

The Times Square, located at Broadway at West 47th Street, appears in the season 1 scene in which Chip looks at the big screen as a fiasco takes place in the studio live in front of the world.

Situated about 12 miles northwest of Downtown Los Angeles, Burbank is a prominent media and entertainment center. The season 1 scene in which Alex checks into a hotel to report on the fires in Los Angeles was shot at Safari Inn, located at 1911 West Olive Avenue in Burbank.

Read More: The True Story Behind The Morning Show, Explained