Where Is The Pact Filmed? Is It Based On a True Story? 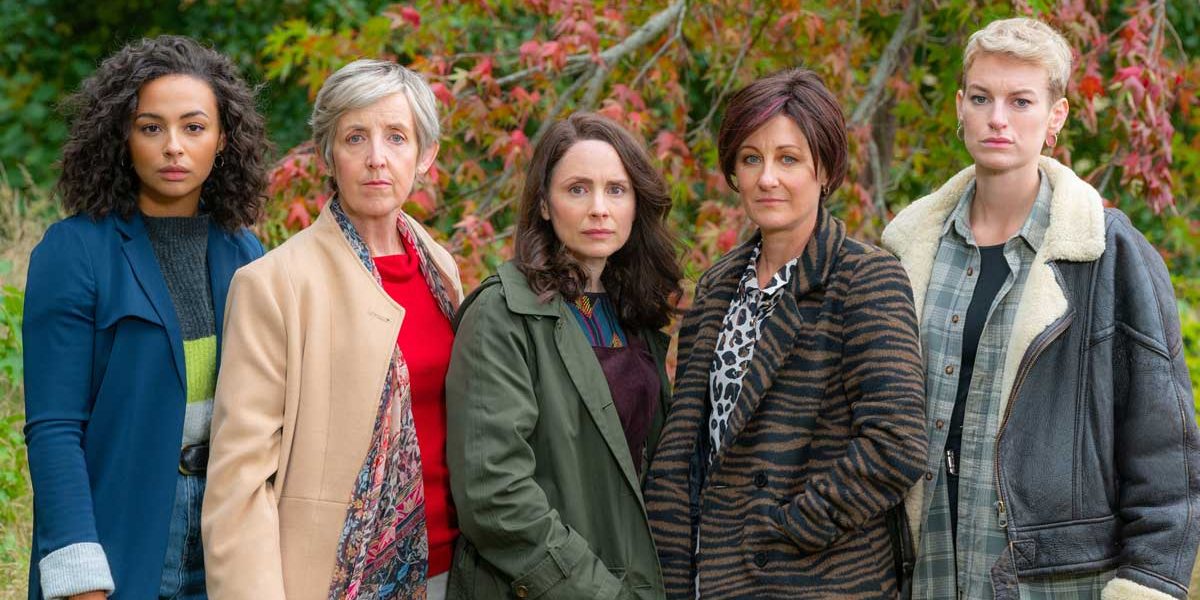 ‘The Pact’ is a BBC original thriller series that conceals a deeply engaging whodunit mystery in its kernel. Created by Pete McTighe, the series revolves around four friends, Anna, Nancy, Cat, and Louie, who work in a century-old brewery in a sleepy village in Wales. Addled in cocaine, the new owner Jack treats his employees with contempt and earns some enemies in return. At the centenary party, the four employees take a drunk and stoned Jack into the woods. They leave after securing some compromising photos of Jack. By the time they come around, Jack has stopped breathing.

The death in the small town unveils a sinister mystery, washed with themes of lies, betrayal, and friendship. Laura Fraser, whose previous works include ‘Breaking Bad’ and ‘A Knight’s Tale,’ takes up the central role of Anna, alongside Eiry Thomas, Heledd Gwynn, and ‘Coronation Street’ famed Julie Hesmondhalgh. Most of the series unravels in a Wales setting amidst dense forests and old breweries. But you may wonder where the series is filmed. Also, is there a grain of truth in the whodunit story? Let us find out!

‘The Pact’ is filmed in and around the UK, especially in Wales. Although filming for the first season was initially slated for March 2020, the onslaught of the COVID-19 pandemic delayed the production for quite a long while. Filming presumably commenced later that year and wrapped up in December 2020. Let us now take you to the specific locations where the show was shot!

‘The Pact’ is almost exclusively filmed in Wales, especially in the Merthyr Tydfil County Borough north of Cardiff. The crew extensively filmed in nearby towns and cities like Cardiff, Merthyr Tydfil, Monmouthshire, and Pontypool, capturing the scenic beauty of the countryside. Parts of the series were filmed near Pontsarn and Cefn Coed Viaduct, two historical structures in the Welsh village of Cefn-coed-y-cymmer, north of Merthyr Tydfil.

Situated at the confluence of Taf Fawr and Taf Fechan rivers, the community is seemingly an ideal setting for a suspenseful murder mystery. The historical house (pictured above) stands in for the home of Anna and Max. The nearby township of Merthyr Tydfil also features in the production. Moreover, the Rhymney Brewery, an old brewery in the Thomas Industrial Estate of Pontypool, stood in for the Evans Brewery in the show. The series also features a cameo presence of Tim, the original head of the brewery. 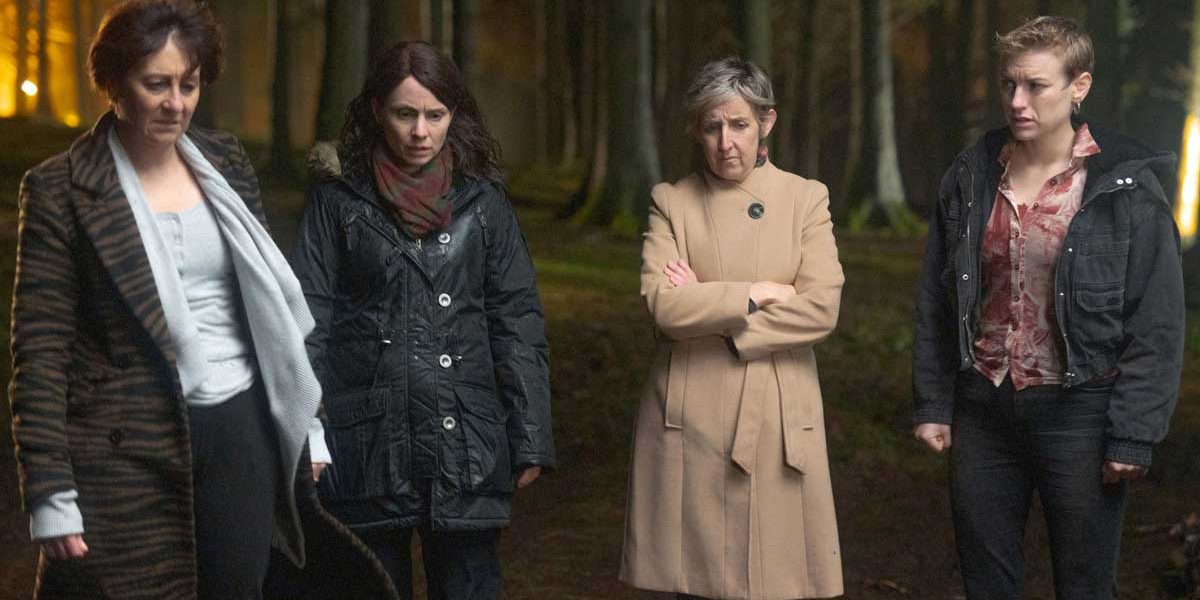 Other locations that feature in the series are a small market town named Usk in Monmouthshire and the historic county town of Monmouth in the same region. The crew filmed an essential scene on Whitecross Street in the town. Tranquil in time, the village of Monmouth showcases an old Roman fort and a medieval stone gated bridge, the latter of which is the sole extant specimen of its kind in all of Britain.

Additional filming takes place in St Mary’s Church, an old Anglican church in Marshfield, in the Newport principal area of Wales. The mystery of the show takes root when Jack dies in a forest. The forest scenes were filmed near the Pontsticill Reservoir, a reservoir situated in the Brecon Beacons National Park amidst the Brecon Beacons range of hills, not far from Merthyr Tydfil. Additional filming took place in a small studio located in Cardiff.

Is The Pact Based on A True Story?

No, ‘The Pact’ is not based on a true story. Creator Pete McTighe envisioned the series and pitched the idea to his neighbor and co-producer, Elwen Rowlands. The two had frequent brainstorming sessions, and the clarity of Pete’s vision instantly resonated with Rowlands. As the creator envisaged, the story is about five women who are bound by a secret that could ruin their lives. The concept brought ordinary people under extraordinary circumstances, and the producers knew that the recipe would be ideal for a gritty mystery drama. 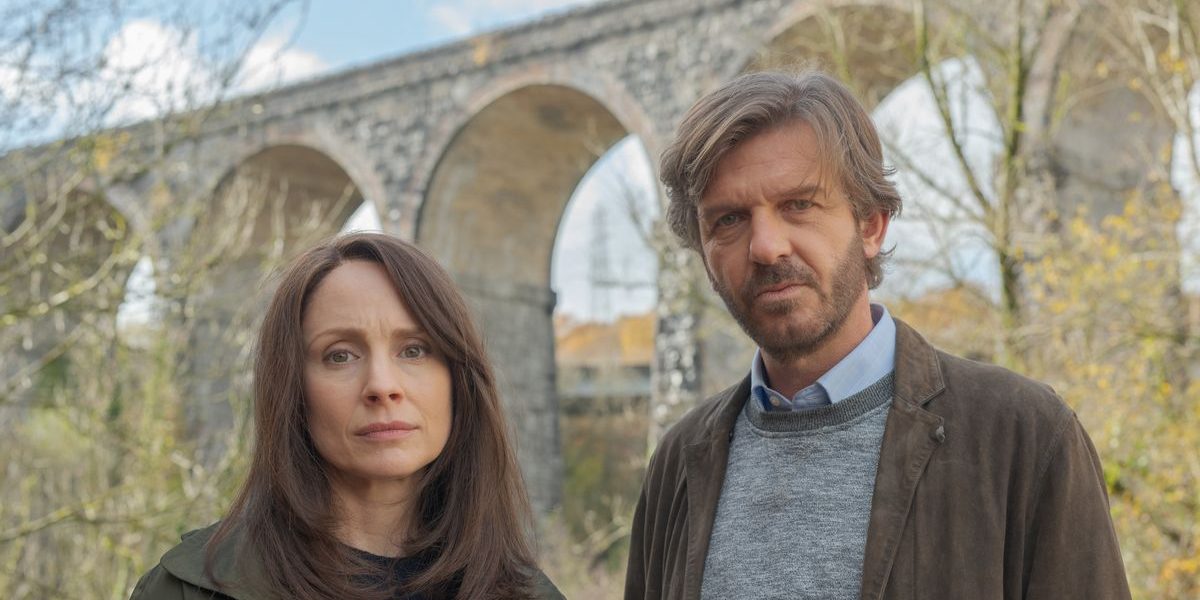 Due to the creative understandings between the creator and the producers, the production process was smooth. Being a BBC Wales production made the process easier, but they had to face some difficulties amidst COVID-19 restrictions. Before the shooting could commence, the nation went under a lockdown, and the production team had to adjust logistics accordingly.

Creator Pete McTighe wanted to pay homage to her birthplace. The series showcases the natural beauty of Wales, which intensifies the brooding suspense. Although the show lies in the fictional realm, the realistic aspect of the series comes from its nuanced characters and breathtaking Welsh backdrop. As some of the cast and crew members are also from the region, the depiction of Welsh culture in ‘The Pact’ is accurate to life.