Where Did the Filming of ‘The Unicorn’ Take Place? 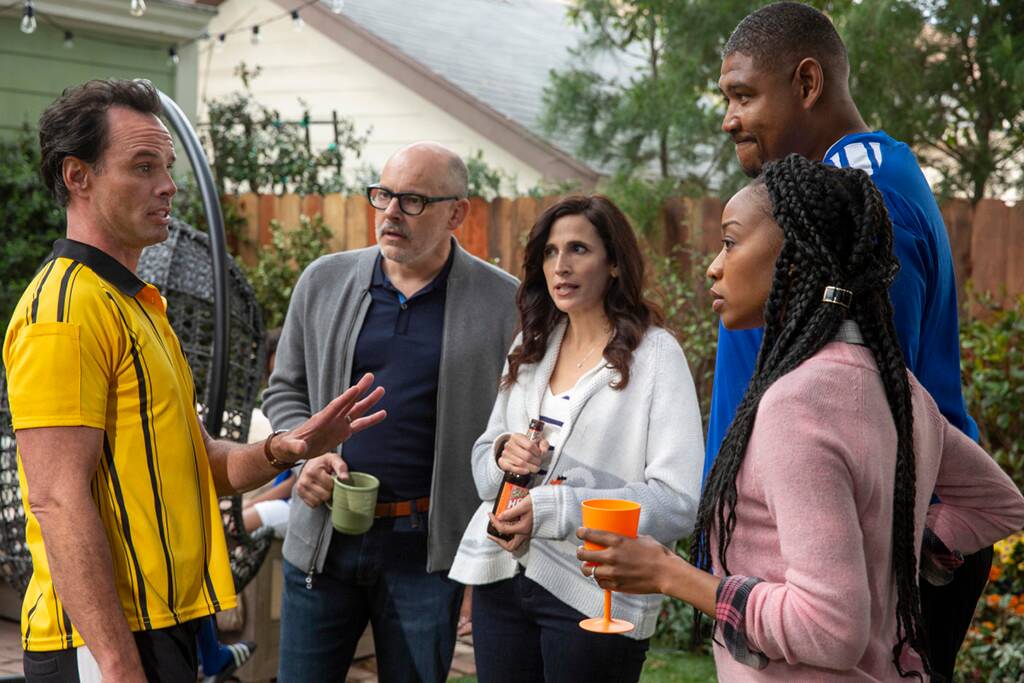 ‘The Unicorn’ is a television series that feels like ‘The 40-Year-Old Virgin’ without the whole virginity bit. To begin with, the comedy series focuses on a man in his forties, trying to get back in the dating game with hilarious results. The difference between ‘The Unicorn’ and ‘The 40-Year-Old Virgin?’ Well, it is the fact that a lot of girls seem to want to date the protagonist of the former.

In fact, that is what the title refers to: an elusive creature that people (middle-aged women in this case) dream about. It is what the protagonist, Wade’s friends call him. This is because Wade is a single father who is responsible, trustworthy and a devoted parent: basically, the gold standard of a partner for women of his age wanting to settle down.

The above is the premise of the show: a single father who is urged by his friends to move on with his life after the death of his wife. Walton Goggins plays the lead role and his performance turns out to be a very pleasant surprise. “Like a Disney sidekick with a beaming smile,” according to The Hollywood Reporter, Wade’s warm and nice-guy personality comes after a string of negative roles taken up by Goggins previously.

At its core, ‘The Unicorn’ is a sitcom. Hence, like all sitcoms, the show features several recurring locations. It is more of a trope and one that is inseparable from the genre itself. It is a situational comedy after all and the very idea of that is a story about a fixed set of characters. Since the characters (and their quirks) remain largely uniform, it is only natural that the setting does too.

In most cases, the most frequently depicted setting is the protagonist’s house. This also holds true for ‘The Unicorn’ wherein Wade’s house is where most of the show’s action takes place. Many of you might be wondering where ‘The Unicorn’ is filmed. And more precisely, where is Wade’s house actually located. Well, there is more than one answer. Continue reading to find out.

Like a lot of American productions, ‘The Unicorn’ is filmed in the state of California. To begin with, the property used to depict the exterior of Wade’s house in the television series’ promos is the Partridge House, located in Warner Bros. Ranch in Burbank, California.

The Partridge House is located on Blondie Street which looks like a conventional neighborhood. In reality, Blondie Street is a street filled with complete sets which can be used to film movies and television series. In fact, the houses which aren’t used as sets are re-purposed to serve as the offices of the productions filming in the Warner Bros. Ranch. It is interesting to note that the iconic fountain scene in the opening credits of ‘Friends’ was filmed at Warner Bros. Ranch.

However, the Partridge House was changed before the series premiered. Instead, a house on 132 Wilton Drive, Windsor Square is made use of to shoot the establishing shots of Wade’s house. Apart from that, the house is also seen when scenes set in the house’s exterior need to be filmed. Though, the interiors of the house aren’t filmed at the Windsor square house. Almost all of the interior filming for ‘The Unicorn’ is carried out on a soundstage at Paramount Studios on 5515 Melrose Avenue. Interestingly, the interior scenes in the pilot episode had been filmed inside the Partridge House. However, filming was shifted to Paramount Studios after the pilot.

Apart from that, on-location filming is also undertaken for ‘The Unicorn’ occasionally. According to local sources, the show filmed on 511 S Muirfield Road in Los Angeles.