Where is This Is Going to Hurt Filmed? 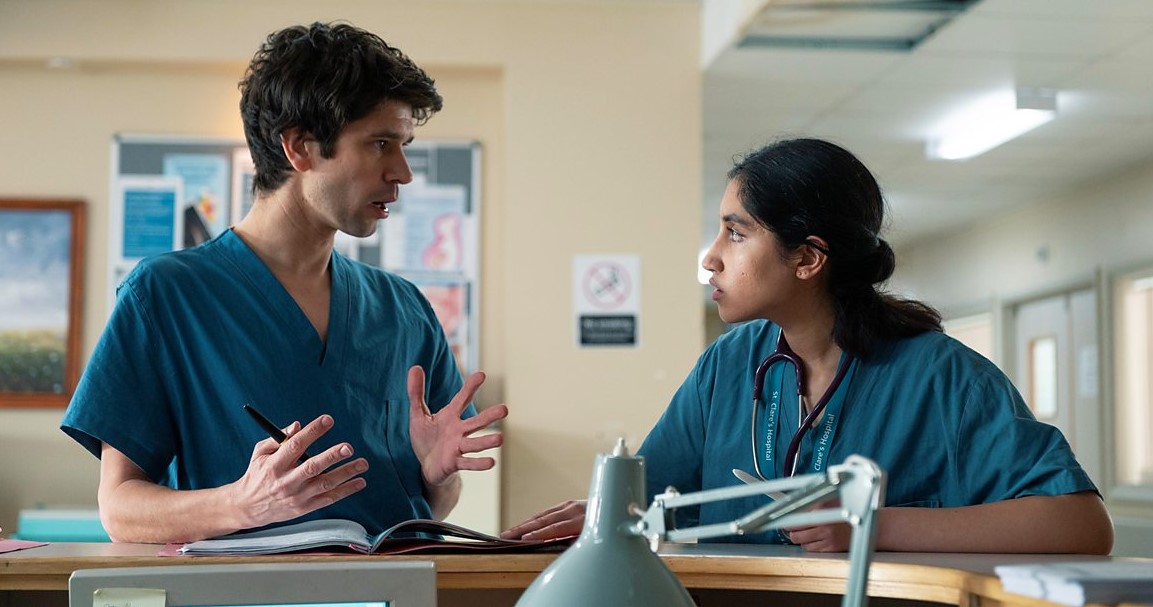 Based on his eponymous nonfiction book, Adam Kay created ‘This Is Going to Hurt,’ a British medical comedy series that revolves around the day-to-day lives of the junior doctors working in a National Health Service (NHS) hospital. Set in 2006, the narrative focuses on the doctors’ personal and professional lives while they handle the emotional toll of working in arguably one of the most challenging work environments, that is, a hospital.

The series mainly puts the journey of Adam Kay (Ben Whishaw) and Shruti Acharya (Ambika Mod) in the spotlight as they climb through the ranks. Besides the comedic and dramatic effects spread throughout the narrative, what grabs viewers’ attention is the seemingly realistic hospital environment. This is likely to make you question if the series is actually filmed in a real-life hospital or not. Well, we have all the information to get rid of your doubts regarding the same, so let’s get on to it, shall we?

This Is Going to Hurt Filming Locations

‘This Is Going to Hurt’ is filmed in England, particularly in different parts across London, where the storyline is set. Jane Featherstone, one of the show’s executive producers, revealed that the production faced quite a few hindrances along the way. The original plan was to film the hospital-based series in an actual hospital, but the COVID-19 pandemic made it a highly unsafe and unviable option. The principal photography for the inaugural season of the medical series commenced in February 2021 and wrapped up in June 2021. Now, allow us to navigate you through the specific locations that serve as production sites for the series!

All the pivotal sequences for the first season of ‘This Is Going to Hurt’ were recorded in London, the capital of England and the United Kingdom. Since the production team could not utilize the premises of a real-life hospital, they set up camp in an unused university building located in Mile End, East London. They constructed a custom-built hospital set in the building, equipped with a triage, an operating theatre, and a labor ward. The show’s producer, Holly Pullinger, revealed that Adam Kay (creator) was so impressed with the medical set that he got chills and thought he was back in the hospital.

As for filming the hospital’s exterior, the cast and crew members utilize a real-life hospital — Ealing Hospital. Located at 601 Uxbridge Road in the Southall district of London borough of Ealing, it is a district general NHS hospital. In February 2021, during the early stages of filming, the production team was spotted filming some pivotal scenes in Bloomsbury Street in the London borough of Camden. In addition, they also headed to the nearby street of Marchmont to lense a few more sequences for the debut round.

For filming purposes, the production team even went to SophistiCats Euston — an adult entertainment club. Located at 34/38 Eversholt Street, it is considered the number one strip club brand in London. Several interior scenes involving Adam Kay were taped in the club, giving the viewers a change of scenario from the regular hospital environment.

Read More: Is This Is Going to Hurt Based on a True Story?