Where is Tobias Müller Now?

Paul Schäfer, a German national who surfaced in Chile in 1961, set up a religious cult with hundreds of followers. Over the years, Paul had perpetrated sexual abuse of young boys within the settlement. Netflix’s six-part docuseries, ‘A Sinister Sect: Colonia Dignidad,’ explores the colony’s origins and Paul’s eventual downfall. Tobias Müller was one of the members of the colony who escaped and told the world of the abuse. So, let’s find out more about him then, shall we?

Who is Tobias Müller?

Tobias Müller, a German national, was sent to Colonia Dignidad when he was about ten years old in 1983. His mother decided to send him to the colony where his uncle and grandmother had already been living. After living there for about fourteen years, Tobias and another colony member, Salo Luna Garrido, planned a daring escape. Tobias told Salo that he had been raped and beaten by Paul. He also stated later that Paul had abused him for 7-8 years.

So, on the 36th-anniversary celebrations of Colonia Dignidad, the two decided they would take off. It was stated on the show that they took one of the communication radios with them to find out when the colony realized they were missing. The two of them eventually got to the German ambassador’s residence in Chile. They lived at the ambassador’s home before taking a flight to Frankfurt, Germany. The Chilean authorities questioned Tobias and Salo for about eight hours before leaving.

At the time of the escape, Tobias worked as a teacher at the boarding school within the colony. By then, Paul had been a fugitive from the law but had been eluding the authorities. Tobias and Salo mentioned that Paul was hiding out in underground bunkers on the colony. Repeated searches for Paul had turned up unsuccessful because, according to Tobias, the cult leader was always tipped off by the police officials from Parral, Chile.

Once out of the clutches of the colony, Tobias talked of the horrors that occurred there. He said that Paul took a different child to his room every day. He added that when the young boys showered after a day of work, Paul would watch and touch them. As for the daily life of people living in Colonia Dignidad, Tobias said that only the leaders were responsible for the money, and the workers were never paid.

Where is Tobias Müller Now? 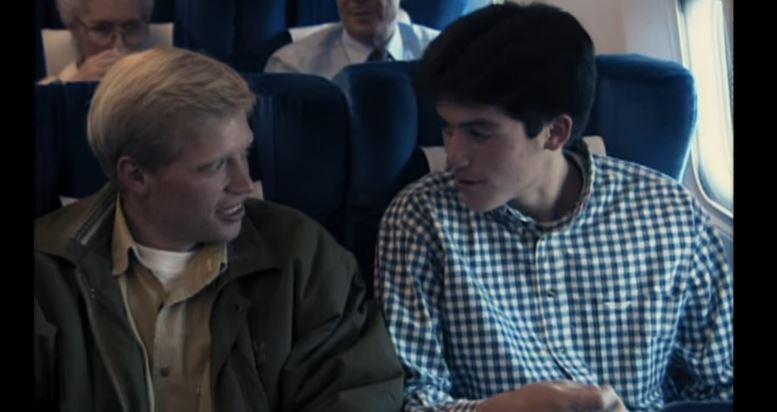 In an interview after Tobias’ escape, he talked about the years of abuse he had to go through, saying, “Like all other youths at his service, he raped me. As time goes by, one gets used to sexual abuse. It is useless to resist Schafer as he constantly has a gun on his bedside table.” After years of hiding, Paul was captured in Argentina in March 2005, and he answered for his crimes. As for Tobias, his escaping and then telling the world of the abuse that took place at Colonia Dignidad was instrumental in bringing a lot of focus to the colony. He seems to have stayed away from public attention since then, and not much is known about what he currently does or where he lives.