Where is Ultimate Tag Filmed? 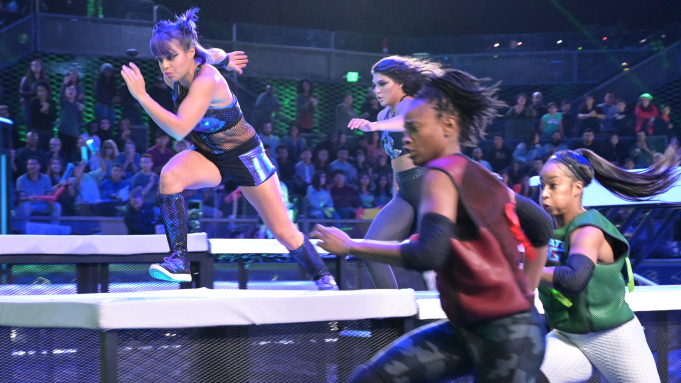 Game shows prove to be one of the most relaxed and fun TV show genres to watch. They are certainly one of the less intense and less dramatic subsets of reality shows. Within game shows, there are those that require contestants to put in mental effort and those that have physical challenges. The latter, obviously, is more fun to watch out of the two. ‘Ultimate Tag‘ is a show that cashes in on such popularity, but in a manner that would be relatable to most people: something that physical game shows often miss out on.

‘Ultimate Tag’, as its name suggests, is based on the classic and popular game of tag. Almost everyone would be aware of how the game is played. However, ‘Ultimate Tag’ makes it more exciting and more “television worthy” with the inclusion of a massive and exciting “playground.”

The show pits regular contestants against a team of experts. Some of these experts are parkour specialists who can expertly jump, vault, and slide through some challenging physical spaces. However, it is still a game of tag and hence, not that discriminatory for the regular contestants. The show is hosted by the professional NFL players, J.J., T.J., and Derek Watt. Some of the professional taggers include Lorena Abreu, Carrie Bernans, Yessenia Cossio, and several others.

‘Ultimate Tag’ is a game show. Like all game shows, the series is entirely set and filmed in a single location. Moreover, for this particular show, the set has been specially designed to make the tag games even more exciting and challenging than a regular playground game. Hence it is natural for viewers to wonder where the show is filmed.

According to several sources, filming for ‘Ultimate Tag’ is carried out in one of the biggest stages in Warner Bros. Studios in Burbank, California. The production facility boasts of as many as 36 soundstages ranging from 6,000 square feet to 32,000 square feet. The President of Alternative Entertainment and Specials at Fox told Deadline, “Scale is so important for broadcast…It’s very hard not to have scale in a broadcast show, it’s what the public expects and what network does best and we wanted to make sure that this was a real spectacle.”

You can also check out some behind-the-scenes footage shared by Lorena Abreu:

Read More: Where is Game on Filmed?