Where is Uncle George in Servant? Is He Dead or Alive? 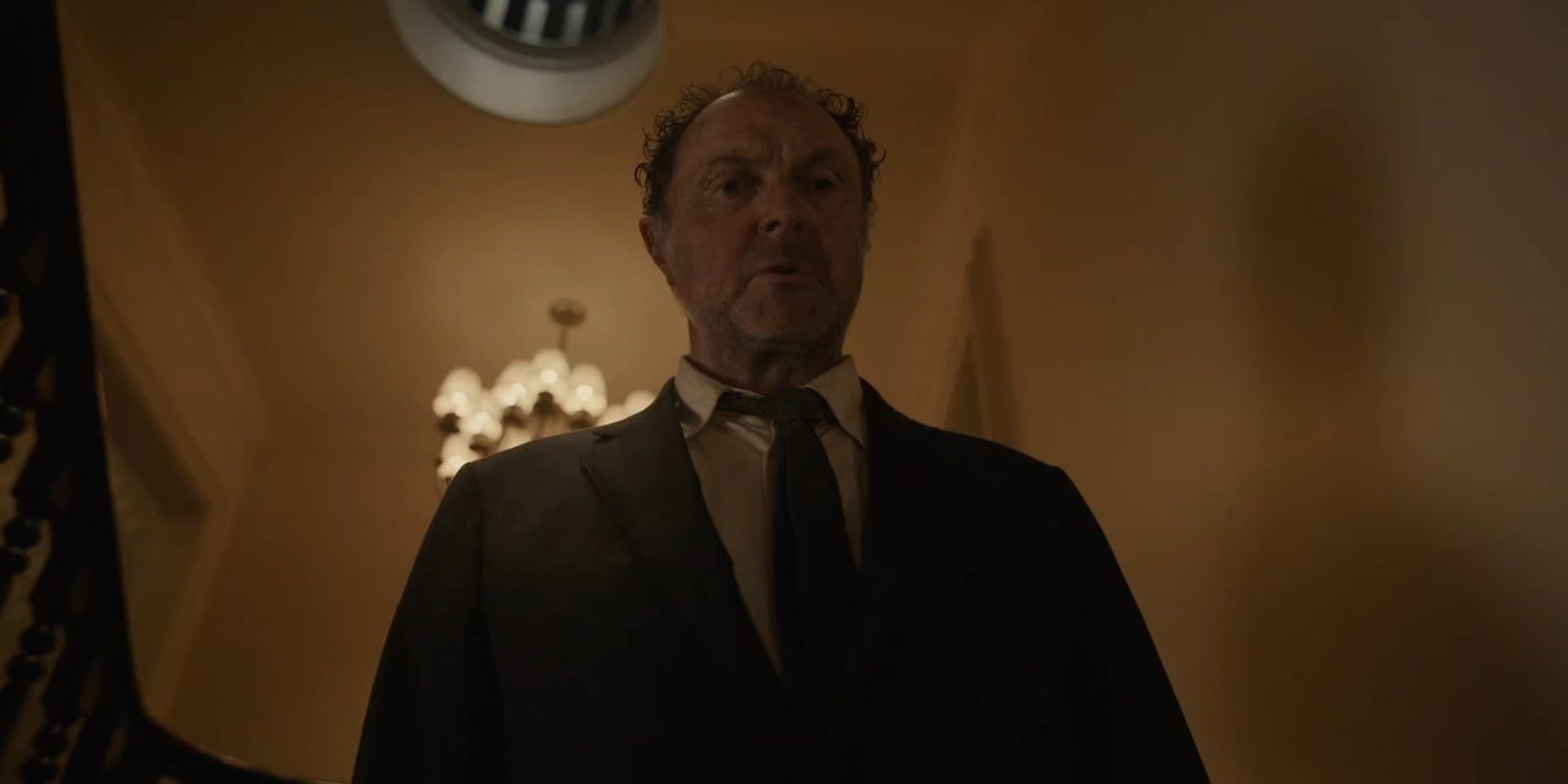 Helmed by Tony Basgallop of ‘Inside Men’ fame, the psychological horror-thriller series ‘Servant‘ conjures an uncanny ambiance, building on the unknown. The story revolves around the Turners, whose descent into derangement is bypassed by the appearance of a mysterious nanny. However, they do not know anything about the religious nanny’s past. When her people start appearing in the household, the Turners find themselves at a loss. Who is Uncle George in the story, you wonder. If the persona of Uncle George is haunting you, let us decode his denouement. SPOILERS AHEAD.

Where is Uncle George? Is He Dead or Alive?

George is Leanne’s uncle in the story, although we later know that they are not blood-related. We first meet him in the first season. He arrives at the Turner household on a rainy day bearing a present for Jericho (a toy chef resembling Sean). Later at the dining table, George expresses his wish to take Leanne back home. The Turners disagree, and George goes missing at night. Julian panics, but after scouring the rooms, they find Uncle George asleep in Jericho’s crib. 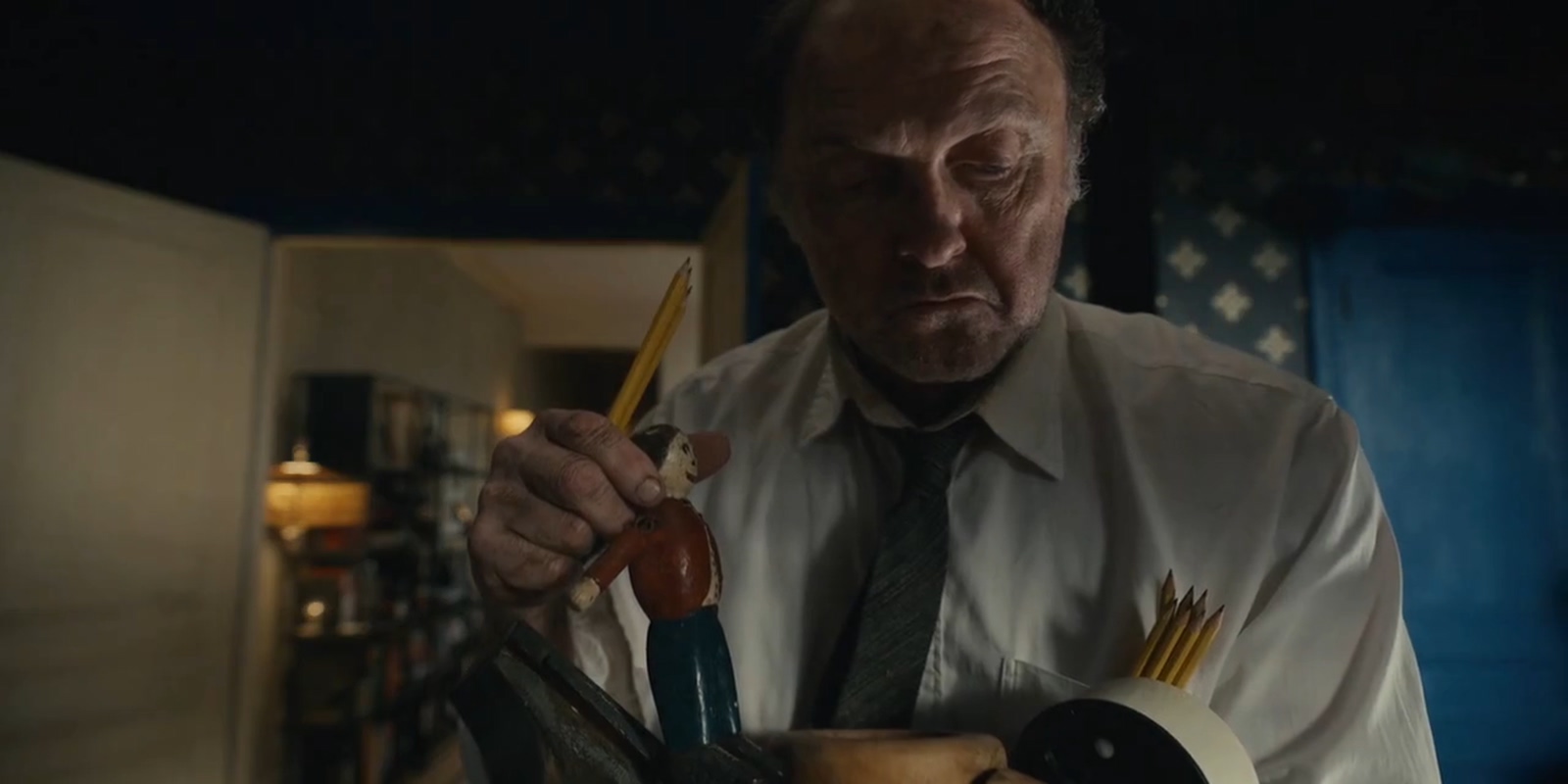 George leaves upon hostility from Leanne and the Turners while he intently stares at the house from across the street. Julian later finds George and his wife May from Jericho’s baptism ceremony footage. In the middle of the baptism party, Sean and George have a spiritual moment in the basement. On the other hand, Leanne finds May Markham near Jericho’s crib, and May tries to make Leanne understand that the Turners are not good people.

Leanne seems to understand, since later at night, Leanne walks out of the house to meet George, May, and others from the cult. They embrace Leanne, and we understand her special place within the cult. A week after Leanne’s abduction by the Turners, Uncle George reappears outside the Turner household, screaming Leannne’s name. While Dorothy and Julian attempt to bribe George to have Jericho, Sean comes off as a rational voice amidst the hysteria. In Leanne’s previous bedroom, George tells Sean that Leanne has had a rebellious streak.

The Turners should not trust Leanne since she hurts those she dislikes and favors those she covets. Dorothy tries to shoo him with 200000 dollars, asking him to give the money to charity if he does not seek to indulge. However, the Turners realize that George is not one to negotiate with. Meanwhile, George finds a strand of Leanne’s hair in the basement and deduces that Leanne is infecting the whole household. He stays catatonic for most parts after that, although making Sean a potion for his burnt hand.

In an attempt to stop George from screaming, the Turners shuffle him across the room. George comes back to his senses following the arrival of the Betamax player and goes on to initiate an elaborate ritual. He puts his head inside the grill, paints some symbols, utters some chants, sharpens his knife, and later bashes his head against the wall with “Love Shack” playing in the background.

After practicing on a piece of meat, George presumably goes to eliminate Leanne. However, he cannot do it upon discovering Leanne asleep with Julian. George knocks over the candle, drops the knife, and flees the scene while setting fire to the ground. He frantically runs down the stairs and out into the street, where Leanne sees him getting hit by a car. The car leaves with George, and we do not quite realize his fate in the story afterward. Maybe he is dead, but the vehicle’s impact on a snowy road may not be enough to kill a person. Therefore, George May still be alive and looking for Leanne.