Where is Valerie Bragg From Love Island Season 4 Now? 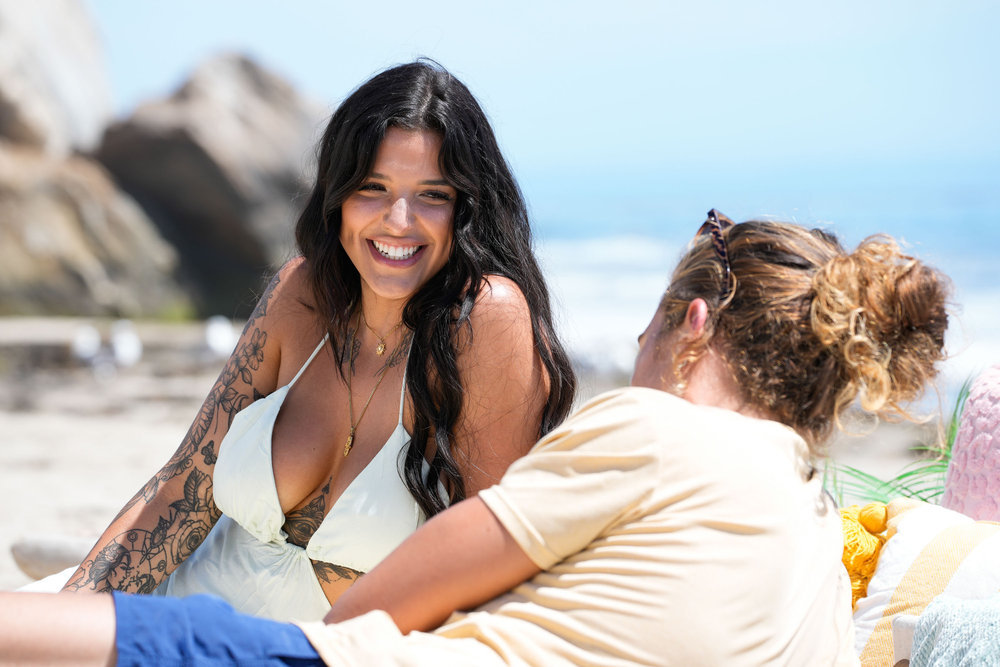 Peacock’s ‘Love Island USA‘ comes off as any other dating reality show as it brings together a group of eligible singles and has them stay in a luxury resort while mingling with each other. However, what makes it interesting is the catch which compels each participant to remain coupled up with another at all times in order to evade elimination. While the pairings can be formed out of romance, friendship, or convenience, the show often shuffles things up with periodic recoupling ceremonies while making each couple participate in exciting challenges. Ultimately, the last remaining pair is crowned the winner.

Although Valerie Bragg came onto the show with the intention of finding love, she soon realized that she would have to face quite some competition to get the man of her dreams. Pretty soon, Valerie became a part of an exciting love triangle but was ultimately left without coupling options during season 4’s first recoupling ceremony. Thus, with Valerie returning home, fans are interested in finding out her current whereabouts. Well, worry not because we come bearing answers!

Who Is Valerie Bragg?

Originally from Costa Rica, Valerie Bragg served as a nutritionist and bartender before coming onto the show. Interestingly, Valerie was internet-famous even before stepping into the ‘Love Island’ spotlight as she was spotted kissing ‘Outer Banks’ star Chase Stokes at a club in December 2021. However, the Florida resident later revealed that she had never dated Chase and was on ‘Love Island’ to find the perfect partner. Interestingly, moments after appearing on the show, Valerie struck up a connection with Felipe Gomes, who was already coupled up with Sereniti Springs.

As Felipe is from Brazil, he and Valerie found common footing over their South American heritage, but it soon became apparent that they were nothing more than friends. Back in the villa, Valerie finally got the chance to get to know the other guys and found Jesse Bray to be quite attractive. Valerie was also enamored by Jesse’s personality and believed he would bring out the best in her. Thus, she chose Jesse as her partner, leaving Debbie Chubb (who had coupled up with Jesse initially) single and vulnerable.

As fate would have it, Jesse could never really get Debbie out of his mind, and it was apparent that he wished to return to her. Although Valerie was initially clueless about this development, she soon realized that Jesse was giving her and Debbie the same compliments, which naturally did not sit well with the nutritionist. Valerie immediately confronted her man and clarified that she would not want to be anyone’s second choice.

Moreover, although Valerie tried her best to win over the new contestant Tyler Radziszewski’s attention, he ultimately developed a closer bond with Sereniti. Thus, once the first recoupling came around, Jesse chose to be with Debbie, and Valerie was eliminated since she was without a partner.

Where Is Valerie Bragg Now?

From the looks of it, Valerie has settled back into her regular routine after getting eliminated from the show. Although she was pretty hurt at such an early exit, the Costa Rican native later mentioned that she was leaving with a few lifelong friendships and a whole lot of life lessons to cherish and value. Valerie still appears to reside in Florida, although the reality star loves to travel and often posts beautiful memories from the places she visits.

Moreover, it seems like her bartending days are now behind her, as she works as a full-time nutritionist and is also quite passionate about staying fit. While exiting the show, Valerie mentioned that she was still looking for the one and asked guys to “slide into her DMs.” Unfortunately, as things currently stand, Valerie Bragg still appears single and is busy focusing on her career.