Throughout the 1980s and the early 1990s, television personality Wanna Marchi was one of the most recognizable faces in Italy, thanks to her TV salesperson persona. Always with her was her daughter, Stefania Nobile, who was just as instrumental to her mother’s success. Netflix’s ‘Fortune Seller: A TV Scam’ is a four-part docuseries that delves into the mother-daughter relationship and their eventual fall. So, let’s find out more about Stefania then, shall we?

Who is Stefania Nobile?

Stefania was born in November 1964 to Wanna Marchi and her first husband, Raimondo Nobile. On the show, Wanna stated that while Raimondo loved his children, he was never a father to them. By the late 1970s, Wanna’s popularity soared in the country, and it was also the time Stefania came into the fold; she was 15 years old when she first appeared on TV with her mother. 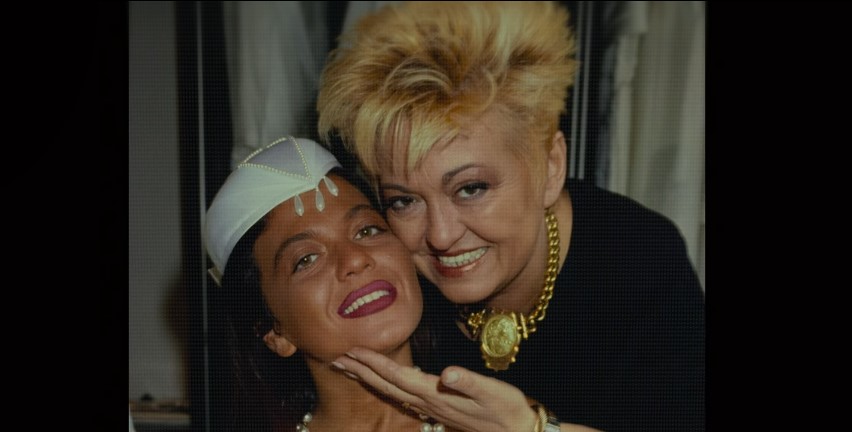 Starting in 1980, Stefania began selling products that dealt with cellulite and quickly became an expert. On the show, she remembered how their phone operators worked. Stefania said that they were taught to keep the customers on the line and have them call back several times so they could be sold more products. For instance, if a customer bought a weight loss product, they would be asked to call back periodically to note updates on their progress. The operators would then try and sell other products to the customer.

For Stefania, her strength always lied in identifying the right products to sell and naming them. She said on the show that, at one point, she came up with the idea to sell something called “The Belly Melter.” The product didn’t even exist back then, but Wanna and Stefania went ahead with advertising it on the show and even received orders. It was only then that they contacted their supplier to make a slimming product.

The mother and daughter did quite well in those years, with Stefania spending a lot of the money on clothes, jewelry, and watches. By May 1996, Stefania, Wanna, and Mário Pacheco Do Nascimento started their own company, Ascié. Soon, their successful show sold everything from lucky amulets to lottery numbers and horoscopes while making unrealistic promises, primarily targeting older women.

It all fell apart for the mother and daughter in November 2001. Initially, a woman named Fosca Marcon received a call from Wanna; the latter told Fosca that she would get lottery numbers that could make her a millionaire. Her children were concerned and contacted Striscia la Notizia, an Italian TV program that conducted an operation to uncover how Ascié worked. As per the show, when Fosca called the company to say she changed her mind about buying their products, Stefania threatened to call the police and wished evil upon her family.

Where is Stefania Nobile Today?

The report resulted in an official investigation ending in Stefania and Wanna’s arrests. At the trial that started in May 2004, the prosecutor stated that Stefania tried to distance herself from the case by blaming it all on the telephone operators. As per the show, the investigation revealed that she played an essential role behind the scenes, just like Wanna played an important role in front of the camera.

In the end, Stefania was found guilty of defrauding their customers. It was stated on the show that she received a 10-year sentence in May 2006. However, it was later reduced to nine years, four months, and nine days. Stefania was released after serving about six years of her sentence. Wanna stated in October 2016 that her daughter struggled to cope with prison and was in a wheelchair temporarily.

Back in 2011, it was reported that Stefania was in a relationship with Davide Lacerenza, but it appears they aren’t together anymore. She also had knee surgery at the time. Then, in January 2017, Stefania and Wanna announced they would participate in an Italian reality show, ‘Isola dei Famosi.’ However, the duo later decided not to join after discussing it with the production company. Since then, Stefania has been running an online store that sells perfumes, cosmetics, clothing, and courses on selling. She and her mother split time between Milan, Italy, and Albania. It was stated on the show that they live together. Additionally, Stefania has been active on radio shows and social media.

Read More: Where is Mário Pacheco Do Nascimento Now?