Who Were Wanna Marchi’s Ex-Husbands? How Did They Die? 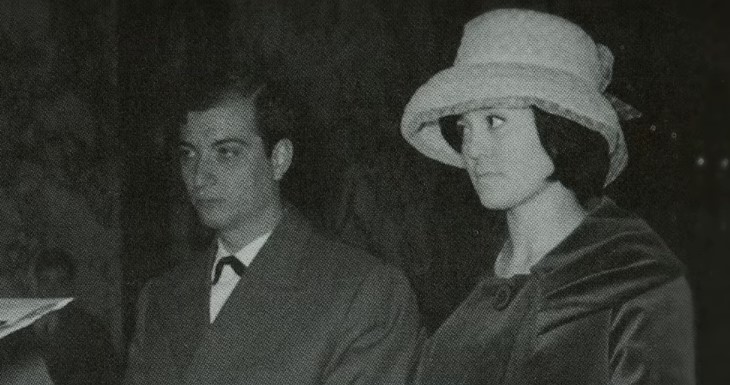 Wanna Marchi was synonymous with teleshopping in Italy during the 1980s and 1990s, building an empire of her own along with her daughter. However, it all changed in 2002 when Wanna was arrested for fraud. Netflix’s ‘Fortune Seller: A TV Scam’ is a four-part docuseries that focuses on her professional and personal life over the years. The show also looks at Raimondo Nobile and Francesco Campana, Wanna’s first and second husbands. So, if you’re curious to find out more about them, here’s what we know.

Who Was Wanna Marchi’s Husband?

Wanna Marchi married Raimondo Nobile when she was just 18-years-old, with her husband being about 27-years-old at the time. They married in 1961 and had two children: Stefania and Maurizio. On the show, Wanna stated that Raimondo initially worked as the sales representative for a liquor company. This meant he was away from home often, rarely spending time with his family. Over time, the relationship soured. Wanna mentioned on the show that Raimondo never got money home, leaving her to take care of the children. She claimed that he cheated on her regularly as well.

Eventually, Wanna said she made it out on her own, initially starting as a cosmetician and eventually becoming the wildly successful “Queen of Teleshopping” she was known to be later on. However, Raimondo, an entrepreneur, claimed that he was the reason for his wife’s success, and once she got famous, she cast him aside.

Later, Raimondo also accused Wanna of making bad investments and business choices. On the show, Wanna talked about Raimondo allegedly beating her, and at one point, choking her during an argument. Stefania stated that she then decided to kick her father out of their house and throw all his stuff out. After that, Raimondo was seemingly out of their lives.

In April 1988, Wanna met Francesco Campana at a restaurant. Francesco worked in the IT industry, and the two hit it off quickly, with the couple moving in together within a week of their meeting. As per the show, the two had a wedding ceremony with Stefania and her then-partner in attendance. It was stated on the show that Francesco and Wanna’s wedding was a sham because she still hadn’t divorced Raimondo. Francesco stayed by Wanna’s side as she started her own company with Stefania and another partner, Mário Pacheco Do Nascimento, in 1996.

When Wanna and Stefania were arrested in January 2002, Francesco was also taken into custody. As per the show, he was accused of building and managing the system that manipulated and deleted data for the company. In the end, Wanna and Stefania were sentenced to prison terms for defrauding their customers by being dishonest about the products they sold. Francesco was also sentenced to three years in prison.

How Did Wanna Marchi’s Partners Die?

Raimondo Nobile, who had appeared in many interviews after his relationship with Wanna ended, was critical of his ex-wife. On the show, Wanna mentioned that he has since died, but it’s unclear when and how it happened. As for Francesco, he and Wanna were together for many years before marrying in April 2017. The couple survived Wanna’s stint in prison after Francesco was pardoned. However, he still served a couple of months in jail and some more under house arrest during legal proceedings.

Towards the end of August 2022, Wanna announced on social media that Francesco had passed away. She wrote, “My love, you have given me 35 years of love, carefree, and cheerfulness, but all this will continue to exist in my heart until the day we meet again. Thank you, my love, and it’s nice that all of you say, ‘a good person,’ have a good trip.” However, the cause of death is not public knowledge.