Where Is We Own This City’s Maurice Ward Now? 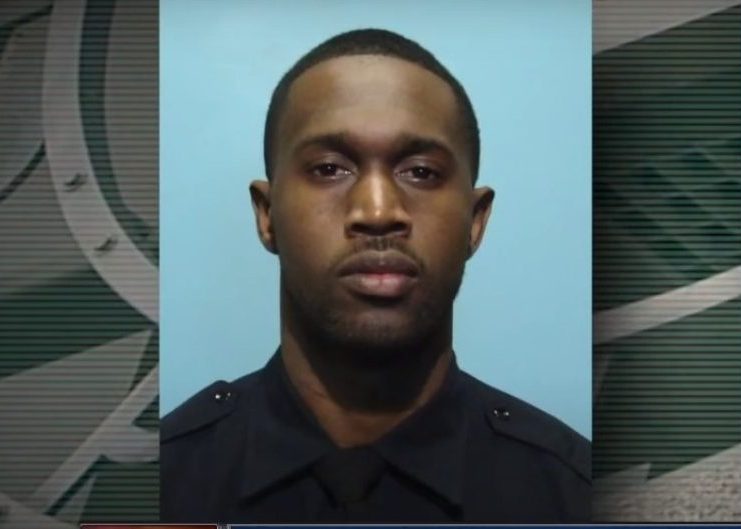 HBO’s ‘We Own This City’ follows the notorious Gun Trace Task Force (GTTF) of the Baltimore Police Department and its most corrupt members. Under Sergeant Wayne Jenkins, multiple members of the specialized police team use their positions to commit major and minor crimes to enrich themselves. The show depicts many of these crimes in substantial detail while also dramatizing the subsequent investigations into the concerned officers.

Episode 4, in particular, focuses on Maurice Ward and his testimony with regard to the (GTTF) and the crimes committed by its leader, Wayne Jenkins. Considering much of the HBO series is inspired by real people and events, let’s take a look at where the actual Maurice Ward is now.

Who is Maurice Ward?

Maurice Ward is a former officer of the Baltimore Police Department who joined the Special Enforcement Section (SES) team in 2015. He was reportedly called to the squad by Wayne Jenkins and readily accepted the position. Ward (pictured on the left) soon became friends with Evodio Hendrix (pictured on the right), who was also on the unit and had stolen small amounts of money in the past using his position as a police officer. Ward also skimmed money from time to time but soon realized that others like Wayne Jenkins were in the habit of stealing much larger amounts.

In fact, Ward later claimed that he went along with the crimes because he wanted to be accepted in the group as a team player. At one point, Ward even threw away the money that constituted his “cut” after a raid. He would have had a tough time explaining the money to his wife, who was also a police official. Ward was present during many of Jenkins’ infamous crimes, including the time they confiscated about $20,000 and about 20-25 pounds of marijuana from a drug deal. Later, the Sergeant reportedly gave Ward $5000 out of the stolen money.

As per reports, the same evening, Jenkins also stole money from a stripper. Then there was the incident wherein Ward was present when Jenkins had another officer shoot a video of them opening a safe in a suspect’s house and discovering $100,000 in it. Except, the video was a fake, and Jenkins had already removed a substantial amount of money from the safe before closing it up again and making it seem that it had been opened for the first time on camera. This time around, Ward’s cut was $20,000.

As per Ward’s testimony, on his way home, he decided not to keep the money and subsequently disposed of it in the wilderness near his home. Ward and Hendrix were each sentenced to seven years in prison in June 2018. Both former officers cooperated extensively with investigators, and the prosecution went so far as to ask for reduced sentences for them in exchange.

Ward was 36-years-old at the time of his sentencing and tearfully stated, “I know my actions made the trust issues with the citizens even further than they were before.” His defense attorney, Paul Enzinna, claimed that Ward had been a reluctant participant in many of the robberies, noting the time he reportedly discarded the $20,000. He also said that Ward had asked for a transfer from Jenkins’ unit on multiple occasions but had been denied.

Where Is Maurice Ward Now?

Maurice Ward was released from prison on February 16, 2022, along with his former colleague and conspirator, Evodio Hendrix. Both former police officials got early release after being sentenced to seven years in prison in June 2018. The fact that both Ward and Hendrix cooperated with the authorities seemingly played a role in their early release.

Attorney Jeremy Eldridge also explained that their crimes, which consisted mainly of falsely claiming overtime pay, were less egregious than those of Jenkins, who committed acts of violence against Baltimore City citizens. Thus, Ward was let off relatively early. Details about his current whereabouts remain scant, but Ward is seemingly on supervised release and hails from Middle River in Baltimore County.

Read More: Where is We Own This City’s Daniel Hersl Now?