Selena, also known as the “Queen of Tejano music,” was one of the most influential Latin artists of all time. The music that made her famous, inspired by her mix of Mexican and American heritage, brought the Tejano music genre into the mainstream spotlight. In what is one of the most shocking and tragic events in the Latin American music industry, Selena was murdered by the president of her fan club when she was just 23.

The wide outpour of grief at the loss of the young singing star has continued over the years, but so has the celebration of the Grammy-winning singer’s life. The Netflix biographical show ‘Selena: The Series,’ made in consultation with her family, does the latter in great detail and explores the singer’s childhood and inspiring journey to stardom. However, her remarkable story is inevitably darkened by her untimely death. As Selena’s legacy lives on, so does her killer — Yolanda Saldivar. Let us tell you about the woman that murdered an icon and where she is today.

Who is Yolanda Saldivar?

Yolanda Saldivar was born on September 19, 1960, and was a certified nurse until she became the president of Selena’s fan club. She founded the Selena Fan Club in San Antonio after getting permission from Selena’s father, Abraham, and immediately became the president. As the club’s membership grew, so did Saldivar’s responsibilities and friendship with Selena. In the months that followed, she was made in charge of Selena’s line of boutique stores and also had her own set of keys to the singer’s home.

However, in 1995, it was discovered that Saldivar had been embezzling funds from the operations of Selena’s businesses and fan club. Many of the employees also complained about her possessive and controlling behavior, and Selena’s designer Martin Gomez claimed that he was driven to quit because of Saldivar’s behavior. He even suspected the former nurse of sabotaging his work and recalled telling Selena to “be very, very careful” in what would be his last call to her.

Saldivar had reportedly been accused of embezzling funds by her previous employer, as well as seen to be obsessed with Selena. Saldivar was first confronted by Selena and her family about her suspected mismanagement and was eventually fired. Saldivar then purchased a gun and requested to meet Selena to hand over some additional documents in her possession that the singer needed to file her taxes. Selena went to the Days Inn motel in Corpus Christi, Texas, where Saldivar had been staying, on the morning of March 31, 1995.

But before that, Saldivar claimed she had been raped, and Selena drove her to the hospital. However, the former nurse changed the story once the result of the test was inconclusive. Later, at the inn, upon being confronted about the approximately $30,000 that she had supposedly embezzled, Saldivar pulled out her gun. As Selena ran towards the door of the motel room, she was shot in the back. Selena was last seen crawling into the lobby of the motel where she named her killer and the room she was in — number 158. Ninety minutes later, the singing icon was declared dead at Corpus Christi Memorial Hospital.

Saldivar then engaged in a standoff with the police whilst sitting in her pickup truck in the motel parking lot with a gun. Larry Rucker Young, the lead negotiator of the Corpus Christi Police Department, later told A&E Real Crime, “I was on the phone with her for seven and a half hours. Yolanda didn’t ask for anything. What she wanted, really, was to hear what was going on with Selena. Her condition.” Sensing her volatile state, Larry decided not to inform her of Selena’s passing away. The L.A. Times also reported Saldivar as saying, “I didn’t mean to do it. I didn’t mean to kill anybody,” whilst holding a gun to her head.

She was finally arrested after a roughly 9-hour standoff with the police. Yolanda Saldivar’s criminal trial was one of the most followed trials for the state of Texas as well as for the Latin community of the country. Her bail amount was raised from $100,000 to $500,000 for her being a potential flight risk, and there were reports of gang members in Texas taking collections to raise money for Saldivar’s bail so they could kill her when she was released.

In an interview during this time, Selena’s eventually convicted murderer continued to insist that it was an accident and that she did not kill Selena, going on to say that her conscience was clear. The trial of the State of Texas vs. Yolanda Saldivar lasted from October 9, 1995, when the jury was sworn in, till October 23, 1995. Initially scheduled to take place in Corpus Christi, it was moved to Houston, Texas, when Saldivar’s lawyers, including her defense attorney Douglas Tinker, argued that Saldivar would not get a fair trial in Selena’s hometown.

Though the defense claimed that her shooting was accidental, the prosecutor Valdez insisted that no evidence supported these claims. It took the jury less than 3 hours to find Saldivar guilty of first-degree murder, and she was subsequently sentenced to life in prison with the possibility of parole after 30 years. Despite there being overwhelming support for Saldivar’s conviction, there was some skepticism before the verdict was announced about the trial favoring Saldivar in the light of O.J. Simpson’s recent acquittal the previous week.

Yolanda Saldivar is currently serving a life sentence at the Mountain View Unit, a maximum-security women’s prison, in Gatesville, Texas. According to the prison records, she will be eligible for parole on March 30, 2025. As per the latest reports, due to the constant threats to her life by incarcerated Selena fans, she is kept away from other prisoners and in isolation, spending most of her time in a 9×6 feet cell.

In 2008, she claimed to have filed a petition with the 214th District Court in 2000, which was not sent to higher courts. The district court then received a copy of her petition on March 30, 2008, which also happened to be Selena’s death anniversary. In 2019, Saldivar had filed a petition requesting a retrial on the basis that the prosecution had withheld evidence needed to prove her innocence. 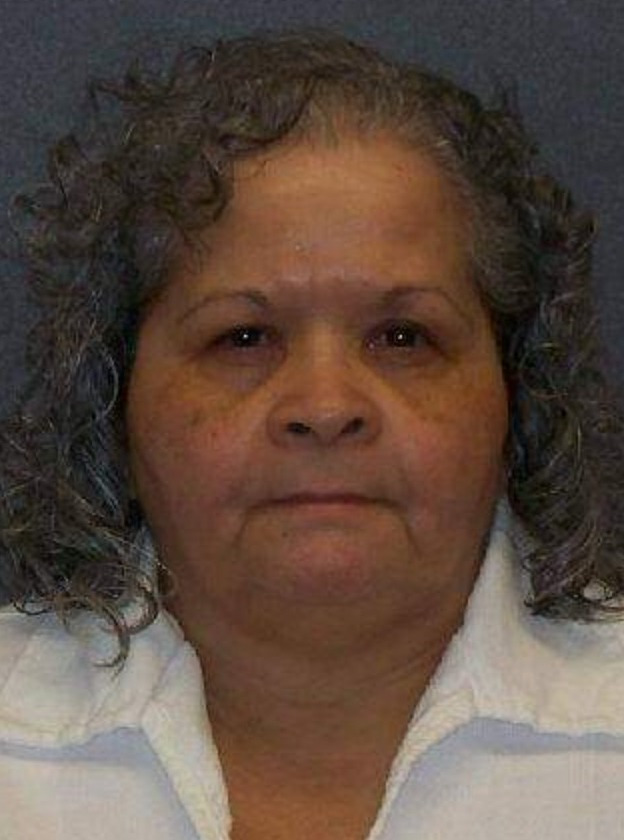 However, her petition was denied as she failed to follow procedure and filed it with the wrong court. She has since not filed a petition with the correct court. On being asked about the possibility of Saldivar’s early release, Selena’s father has stated that he “doesn’t care” about it since it would not bring his daughter back. He has added that considering people’s anger towards her, Saldivar would be safer in prison than outside.