Where to Stream A.P. Bio Season 4? 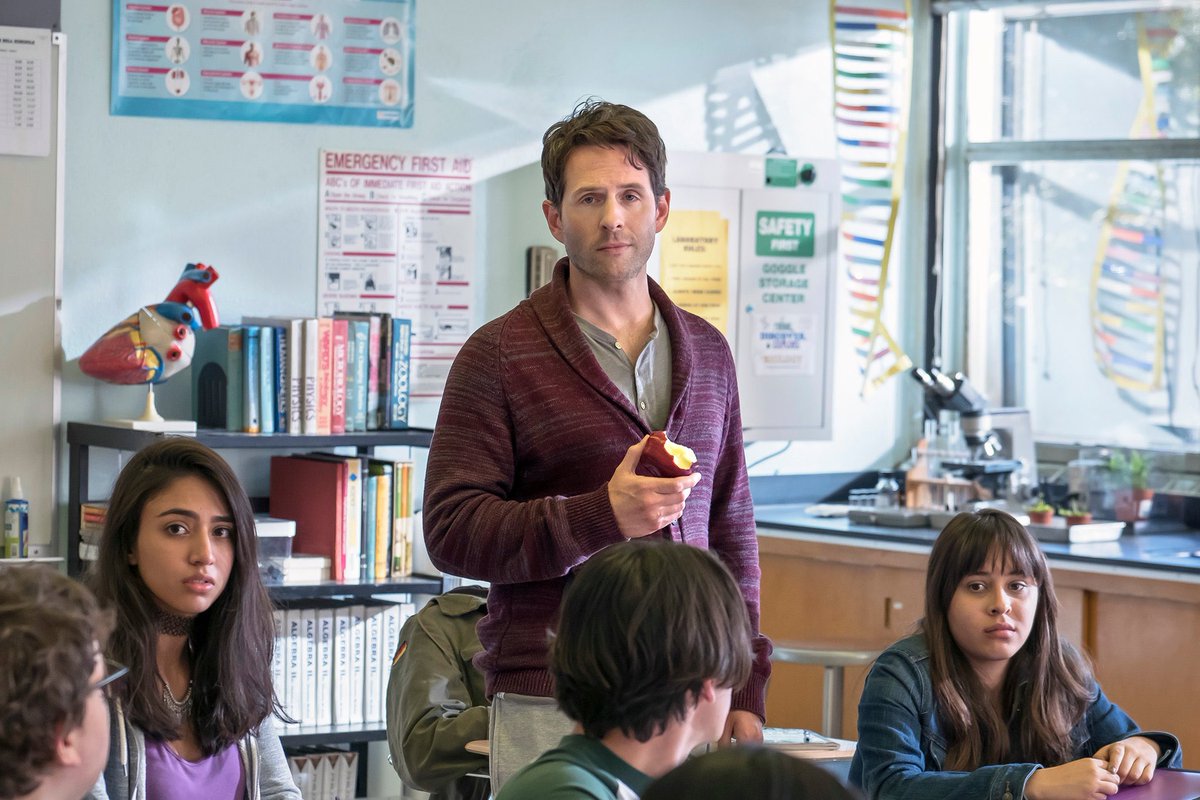 Created by Mike O’Brien, ‘A.P. Bio‘ is a comedy series that follows Dr. Jack Griffin, a former Harvard philosophy professor forced to work as a school teacher due to his circumstances. However, instead of getting disheartened, he vows to take revenge on his arch-enemy, whom he blames for all his misfortunes. The series stars Glenn Howerton as Dr. Jack Griffin, Lyric Lewis as Stef Duncan, Paula Pell as Helen Demarcus, and Patton Oswalt as Principal Ralph Durbin.

The entertaining series first premiered on February 1, 2018, and is now airing its fourth season. With a lot of drama and hilarious action guaranteed to unfold, you must be curious to know how you can watch the show’s latest installment. Well, we’ve got you covered.

After Dr. Jack Griffin’s professional dreams burn to the ground, he is forced to return to Toledo, his hometown in Ohio. In order to pay his bills, Jack starts working at the Whitlock High School as an advanced placement biology teacher. However, he has other plans for the honor-roll students in his class since his primary objective is to take revenge on his arch-enemy, Miles.

In season 4, Jack continues to find ways to annoy the school principal. Furthermore, Jack finally meets his estranged father, whom he had not seen for over 20 years. His father’s reappearance only causes more chaos in Jack’s life. As you might have gathered, the latest installment is a laugh riot. Here’s where you can watch it!

Netflix subscribers will have to look for alternatives since ‘A.P. Bio’ season 4 is unavailable on the streaming giant. However, we recommend that our readers watch ‘Mr. Iglesias,’ ‘The Chair‘ or ‘The Crew.’

Hulu has a massive catalog of television shows and movies that can keep its subscribers entertained. But unfortunately, ‘A.P. Bio’ season 4 is not part of the platform’s current offerings. You can either check for the show on other platforms or stream series like ‘Moone Boy‘ and ‘Saved by the Bell‘ on Hulu.

Season 4 of ‘A.P. Bio’ is not on Amazon Prime Video, although you can still purchase previous seasons of the show here.

‘A.P. Bio’ season 4 is exclusively accessible on Peacock. However, the show’s previous seasons are also available on Video-on-demand platforms such as Vudu, Google Play, Microsoft Store, YouTube, and iTunes. Additionally, you can watch the previous seasons of the show on AppleTV+ as well as on  Xfinity.

How to Stream A.P. Bio Season 4 For Free?

You can watch thousands of hours of movies and television shows on Peacock just by signing up. However, not all shows and films are accessible for free, and you may have to get a Premium or Premium Plus subscription, both of which come with a 7-day free trial. So, you can use the offer to stream the show for free, but only if you watch all the episodes in the trial period. However, we encourage our readers to always pay for the content they wish to consume online.