Where To Stream A Teacher? 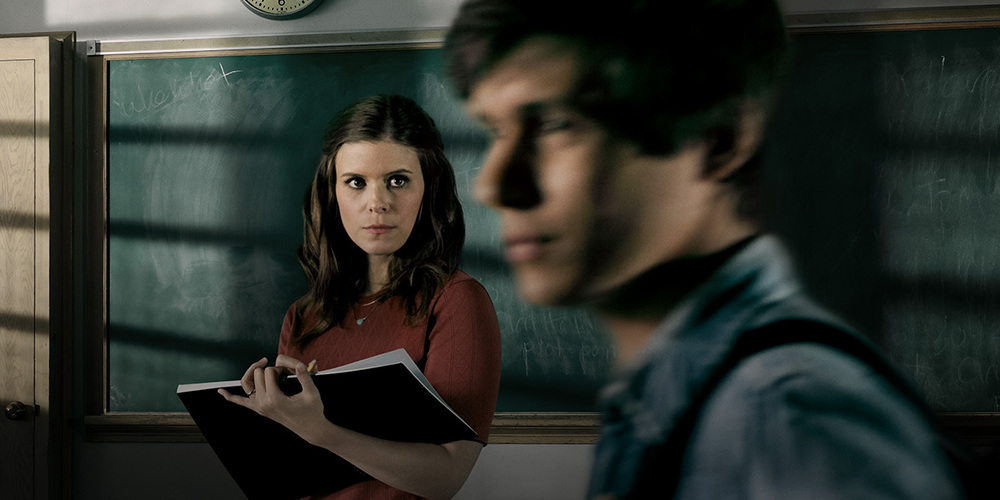 ‘A Teacher’ is a 10-episode limited series, written, directed, and adapted from her 2013 indie film of the same name by Hannah Fidell. ‘A Teacher’ follows the story of Claire, a high school English teacher, and Eric, a 17-year-old senior, who recklessly indulge in an unethical, illegal, and predatory (on Claire’s part) affair, blind to the far-reaching consequences of their actions. The series stars Kate Mara (‘House of Cards‘) and Nick Robinson (‘Love, Simon‘) in the leading roles. Curious to know more about ‘A Teacher’ and where you can stream it? Here is everything you need to know.

What is A Teacher About?

Claire and her struggling-musician husband move back to Claire’s hometown Austin, Texas, where she takes up the position of a high school English teacher. A student in his senior year, Eric, has a lot of pressure to score a scholarship to the University of Texas if he has any hopes of financially supporting his single mom and two younger brothers. And so Eric asks Claire to tutor him outside of school, an endeavor that quickly descends into a despicable game of grooming. Underneath their simmering passion, Claire and Eric’s dysfunctional and unethical relationship causes irreparable damage to both and those around them.

Is A Teacher on Netflix?

‘A Teacher’ is not available to stream on Netflix, but interested viewers looking for something similar can try watching ‘What If‘ instead.

Is A Teacher on Hulu?

Yes, you can watch ‘A Teacher’ on Hulu, as long as you have FX added to your Hulu plan because this show is exclusively streaming on FX on Hulu.

Is A Teacher on Amazon Prime?

While the FX series ‘A Teacher’ is not streaming on Amazon Prime, the 2013 indie film by Fidell that this show is adapted from is on Prime. Watch it HERE.

Where To Watch A Teacher Online?

‘A Teacher’, the limited series created by FX, is only available to watch on FX on Hulu. Sign up for FX on Hulu HERE.

How To Stream A Teacher For Free?

Hulu offers a 30-day free trial for first-time subscribers so you can take advantage of that if you have never signed up for Hulu before and watch ‘A Teacher’ for free during the trial period. We always recommend that our readers pay for the content they consume.