Where to Stream American Skin? 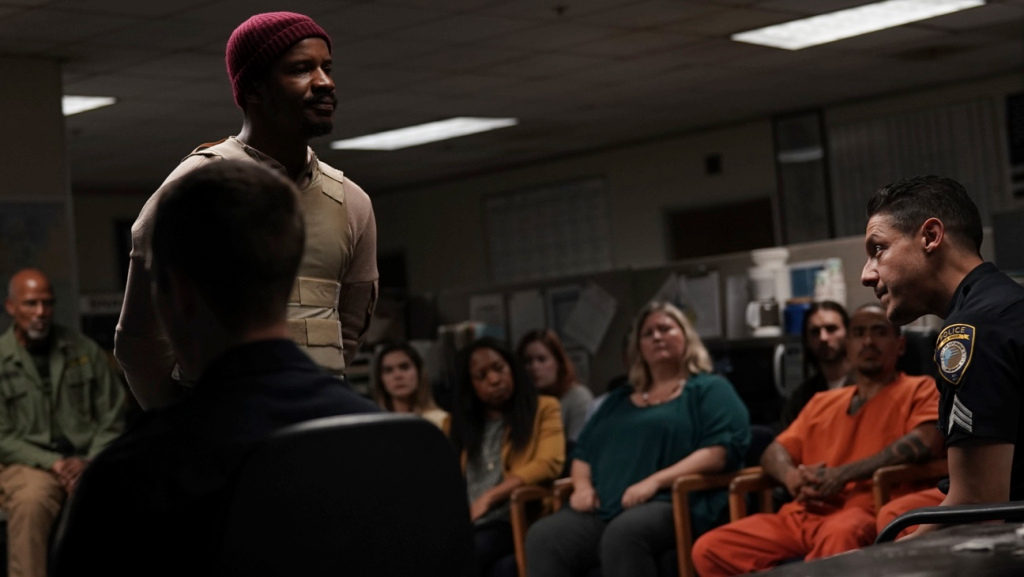 Nate Parker’s brainchild, ‘American Skin’ is a drama about police violence and racism in the US. Directed and written by Parker, it had its world premiere at the Venice Film Festival on September 1, 2019. Starring Parker, Omari Hardwick, Theo Rossi, Beau Knapp, Larry Sullivan, Michael Warren, and Milauna Jackson, the movie opened to mixed reviews. Certain critics praised the flick for its powerful premise, which packs a punch in a time of social urgency. After reading the intro, if you are convinced that ‘American Skin’ is something you wish to catch online, we are here to help you out.

What is American Skin About?

‘American Skin’ introduces us to Lincoln Jefferson, a Marine veteran who has been a part of two combat tours in Iraq. Currently, in the stateside, he is now employed as a custodian in a prestigious California high school. He had taken up the job to secure the enrollment of his 14-year old son KJ, following his divorce. One night, Lincoln and his son are confronted by the cops, and after an altercation, an innocent KJ is shot dead. Lincoln believes that after the trial, the guilty officer will be charged. However, nothing of that sort happens. The cop responsible for pulling the trigger leaves uncharged and goes back to active duty without an indictment. Dismayed and frustrated, Lincoln decides to take matters into his own hands to avenge his son.

Is American Skin on Netflix?

No, ‘American Skin’ is not on Netflix. But if movies about social issues like racism appeal to you, then you can check out our list of the best racism films on the streamer.

No, ‘American Skin’ is not on Amazon Prime Video either. However, on a similar note, you can check out ‘Crash,’ which revolves around a group of strangers in Los Angeles as they navigate the issues related to race, class, family, and gender, following the September 11 terror attacks in New York.

Is American Skin on Hulu?

No. But Hulu is a destination for some of the best African American flicks, and our list will help you in getting started!

Where to Stream American Skin Online?

‘American Skin’ was released on January 15, 2021, by Vertical Entertainment. On the same day, the film premiered on VOD and Digital platforms. You should be able to buy or rent the movie on iTunes, Google Play, Microsoft Store, Fandango Now, Amazon, and Vudu. If you wish to catch the film in movie theaters, you can book your tickets here.

Where to Stream American Skin Online For Free?

As of now, there is no option to catch the movie online for free. Anyway, we always ask our viewers to pay for the content they consume.