Where to Stream Here Today? 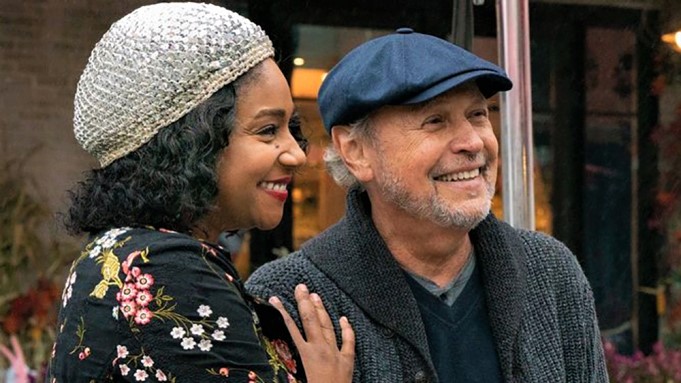 Directed (and co-written) by Billy Crystal, ‘Here Today’ is a heartwarming comedy film that celebrates love and friendship while also challenging the audience to re-evaluate their perception of human relationships and emotions. As it masterfully manages to remain lighthearted and comical, the film also delves deeper into the essence and far-reaching consequences of our actions and intentions. Curious to learn more about the film’s plot or where it can be streamed? You have come to the right place. Here’s everything you need to know.

What is Here Today About?

When the famous comedy writer Charlie Burnz, unfortunately, is going through a tough time with a lot of uncertainty in the present and similar apprehensions about the future, his life takes an unexpected turn as he meets the New York singer, Emma Payge. Despite their differences, they soon become close friends. However, Emma remains ignorant to the fact that she is luckily getting the opportunity to spend time with a comedy legend. Before the secret is revealed, Charlie and his new friend end up forming a deep connection that challenges all typical notions of love and friendship and makes the viewers reconsider stereotypical ideas. If the premise of the heartwarming movie resonates with you and you wish to watch it, here’s all the streaming information that you need.

Is Here Today on Netflix?

‘Here Today’ is not available on Netflix. But subscribers of the streaming giant can alternatively watch ‘The Half Of It‘ or ‘The Lovebirds.’

Is Here Today on Hulu?

No, ‘Here Today’ is not part of Hulu’s otherwise impressive catalog of movies and television shows. However, we do have an interesting recommendation for viewers looking to watch a similar film. The drama-comedy film ‘Instant Family‘ revolves around a couple who adopts three children only to realize that they don’t wish to be parented. Like ‘Here Today,’ ‘Instant Family’ also brings a unique premise for the viewers and delves deeper into the complexities of human relationships and emotions.

Is Here Today on Amazon Prime?

Amazon Prime subscribers will have to look for other alternatives as ‘Here Today’ is currently not accessible on the platform. But they can alternatively watch other comedy movies like ‘The Terminal,’ ‘Coming 2 America,’ and ‘Click.’

Where to Watch Here Today Online?

‘Here Today’ is currently not available on any live-streaming or video-on-demand platforms because it is only being released in theatres. However, people curious to watch the film in theaters can book their tickets on Fandango.

How to Stream Here Today for Free?

Since the film is not available on any online platform as of now, it is impossible to stream the movie for free. The only way to catch the film right now is in a movie theatre.