Where To Stream Letterkenny Season 9? 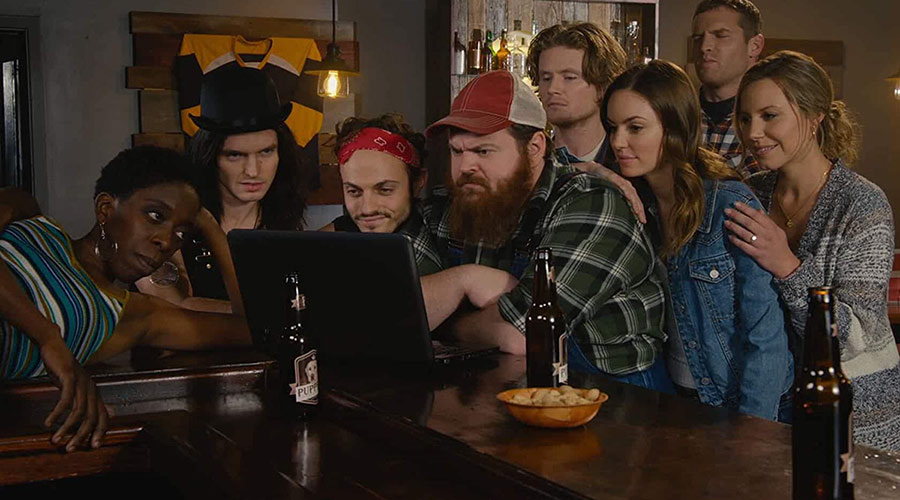 ‘Letterkenny’ is a Canadian sitcom that follows the hilarious and often tongue-twisting antics of “hick-town” residents as they hang out and discuss the problems that plague their small farming community. Over the years, ‘Letterkenny’ has evolved into a critically acclaimed cult favorite that combines the eccentricities of ‘Schitt’s Creek’ with the foul-mouthed hilarity of ‘South Park’. The show was developed from a hit YouTube series and now has nine seasons attributed to it. Curious to know what ‘Letterkenny’ is about and where you can stream season 9? Here’s everything you need to know.

What is Letterkenny About?

‘Letterkenny‘ centers on the eponymous rural Canadian community, with most episodes opening with the text: “There are 5000 people in Letterkenny. These are their problems.” The fast-talking, wordplay-focused series revolves around siblings Wayne and Katy, who run their own farm and produce stand with help from Wayne’s BFFs Daryl and Squirrely Dan. The show deals with small-town life and depicts the dynamics between different groups of people – the farmers, more commonly known as the “hicks”, the out-of-towners, Letterkenny’s closeted minister, the drug addicts, the “natives”, and the local Mennonites and Québécois. Storylines often feature Wayne trying to keep his reputation as “the toughest guy in Letterkenny”, the numerous exploits of the town’s hockey team (comprised of the out-of-towners) who rarely win, Wayne’s poorly-disguised and half-baked attempts to break up Katy’s relationships with men that he dislikes, etcetera. Subverting the general trope of small-town people having lower IQ, one of the show’s running gag is that almost every character is a sharp-witted, quick-thinking person with sophisticated views on worldly topics.

Is Letterkenny Season 9 on Netflix?

‘Letterkenny’ season 9 is not available to stream on Netflix, but interested audiences looking for something similar can try watching ‘Schitt’s Creek‘, ‘Kim’s Convenience’, ‘Trailer Park Boys‘, and ‘Derry Girls‘ instead.

Is Letterkenny Season 9 on Hulu?

Yes, ‘Letterkenny’ season 9 is available to stream on Hulu, starting December 26, 2020. The latest season is slated to have a total of 7 episodes.

Is Letterkenny Season 9 on Amazon Prime?

‘Letterkenny’ is not available on Amazon Prime Videos but other sitcoms that you can binge on are ‘Monk‘, ‘Upload‘, and ‘Workaholics‘.

Where To Watch Letterkenny Season 9 Online?

How To Stream Letterkenny Season 9 For Free?

Hulu offers a one-month free trial to first-time subscribers, so viewers in the US can sign up on Hulu and watch ‘Letterkenny’ for free during their 30-day trial period. For Canadian audiences, Crave offers a 7-day free trial for first-time customers, so you can take advantage of that. We suggest always paying for the content you consume and help support the arts.