Where To Stream Monsters at Work? 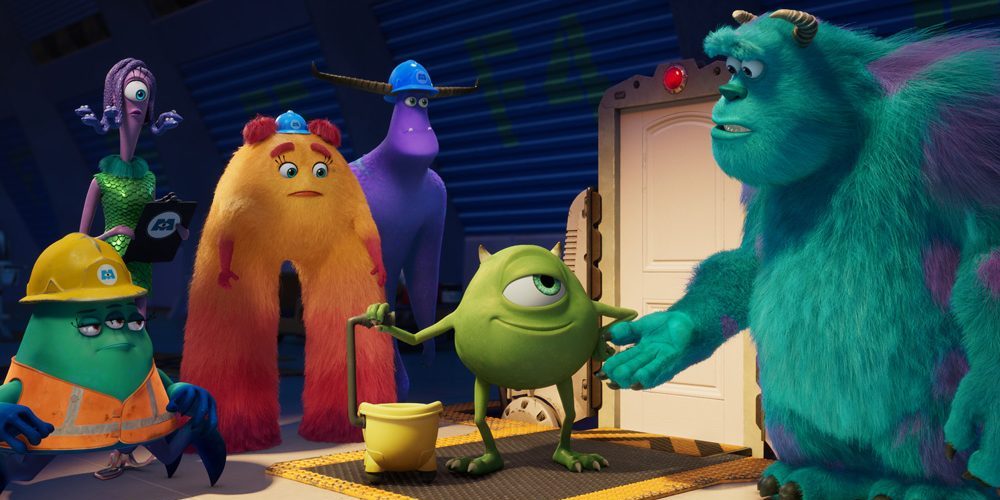 ‘Monsters at Work’ is an animated series that serves as a sequel to 2001’s hit film ‘Monsters. Inc.’ Set after the events of the film, the series follows Tylor Tuskmon, a young mechanic who wishes to work with his idols Mike Wazowski and James P. “Sulley” Sullivan. The series is created by Pete Docter, who also directed the original film. It features the voices of John Goodman, Billy Crystal, and Ben Feldman in the lead roles. If you are excited to revisit Monstropolis and experience all the hysterical shenanigans of the monsters, here’s where you can watch ‘Monsters at Work’ online.

What is Monsters at Work About?

‘Monsters at Work’ picks up shortly after the events of the preceding film. Monsters, Inc. has shifted from using the screams of children to using the sound of laughter to power the city of Monstropolis. Sulley and Mike prepare themselves for the challenges that will come with this change. Meanwhile, Tylor Tuskmon, who has recently graduated from Monsters University, begins working at Monsters Inc. as a mechanic in the Facilities Team. Tylor must work night and day and succeed in every challenge to climb up the ranks of the company. He hopes to make his way to the Laughter Floor so he can work with his idols, Sulley and Mike. That won’t be easy as Tylor, who has prepared to be a scarer all his life, will have to prove he is a quality jokester to achieve his dream.

Is Monsters at Work On Netflix?

Netflix’s vast entertainment library is filled with a wide variety of engaging original and acquired titles. Sadly, ‘Monsters at Work’ isn’t available to stream on the popular service. If you wish to immerse yourself in some long-format entertainment based on your favorite movies, you can check out ‘The Boss Baby: Back in Business,’ ‘Jurassic World Camp Cretaceous,’ and ‘Fast & Furious Spy Racers.’

Is Monsters at Work On Amazon Prime?

‘Monsters at Work’ isn’t included in Amazon Prime’s impressive collection of entertainment offerings either as a part of your basic package or on-demand. However, if you are interested in animated adventures, we recommend ‘Kung Fu Panda: The Paws of Destiny,’ which follows Dragon Warrior Po, who takes on a new challenge by becoming the kung fu teacher of four young pandas.

Is Monsters at Work On Hulu?

‘Monsters at Work’ isn’t streaming on Hulu. Instead, you can choose to stream ‘Madagascar: A Little Wild‘ or ‘Trolls: TrollsTopia,’ which are wholesome family shows based on popular animated movies.

Where to Watch Monsters at Work Online?

‘Monsters at Work’ is a piece of original content created exclusively for Disney+ and can be viewed by subscribers of the streaming service at no additional cost. To watch the series, head here. The series is not available on common VOD platforms or any other services.

How to Stream Monsters at Work For Free?

As ‘Monsters at Work’ is a Disney+ original series, it can only be watched online with a paid subscription to the service. Therefore, there’s currently no way of streaming the show for free. We discourage our readers from resorting to any illegal methods and encourage you to pay for the entertainment content you wish to consume.