Where To Stream Out of Death? 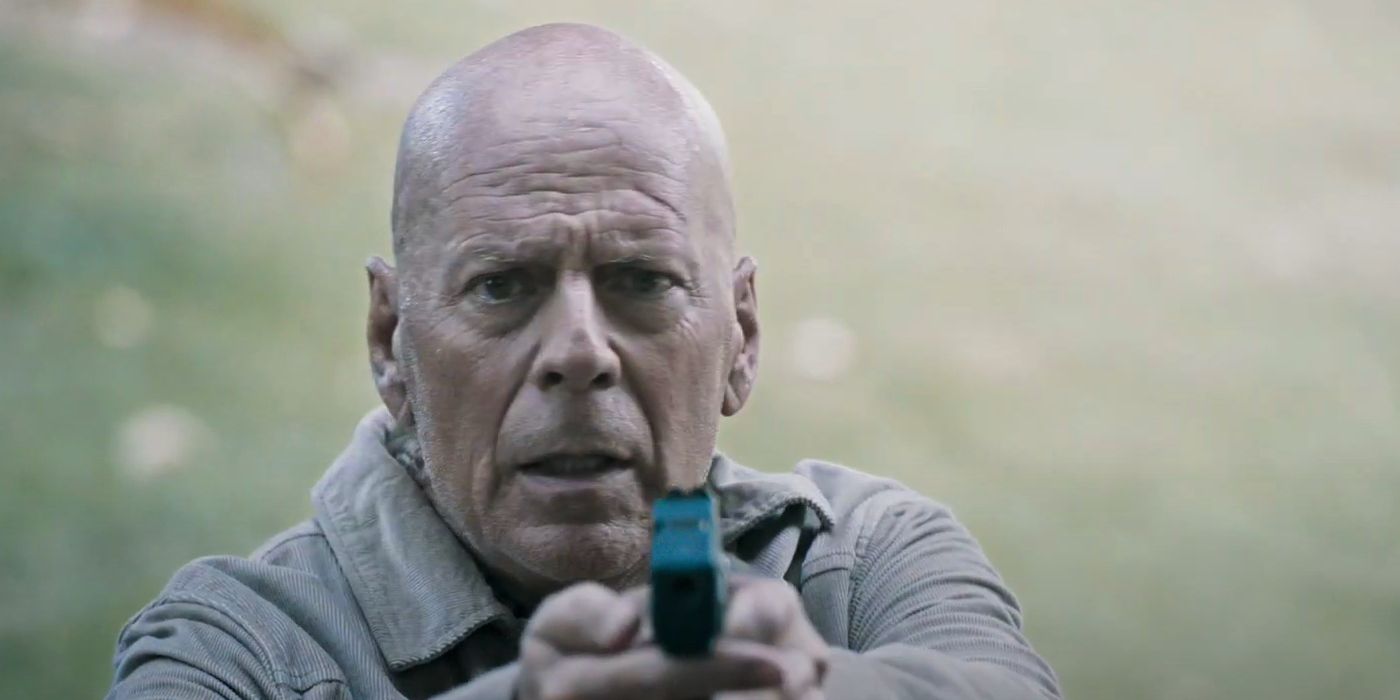 ‘Out of Death’ is a crime thriller film directed by Mike Burns and written by Bill Lawrence. The movie stars Bruce Willis, Jaime King, and Lala Kent in the lead roles. The action-packed film tells the story of a retired cop who must protect his niece while trying to expose a group of corrupt cops. If you are a fan of crime thrillers or enjoy Willis’ charming screen presence, you must be looking for the movie’s streaming information. In that case, we can certainly help you. Here’s where you can stream ‘Out of Death’ online!

What is Out of Death About?

In ‘Out of Death,’ a young woman, Shannon, accidentally witnesses a cop murder a drug dealer. She manages to capture some pictures on camera before the corrupt cop spots her. As Shannon poses a threat to Sherrif’s department that is deeply embroiled in corruption, she is ruthlessly pursued by cops. As she fights for her life, Shannon receives help from her uncle, Jack Harris, a retired cop who will go to any extent to save his niece. A dangerous game of cat and mouse begins wherein Jack and Shannon must stick together and take down the corrupt cops.

Is Out of Death on Netflix?

‘Out of Death’ hasn’t made its way into Netflix’s diverse library of entertainment content that is arguably the best among various streaming services on offer. However, if you are in the mood for a crime thriller, we recommend ‘First Kill,’ a similar film that sees Willis step into the role of a small-town Police Chief and aids a father to rescue his kidnapped son.

Is Out of Death On Amazon Prime?

‘Out of Death’ is not a part of the titles accessible through your basic subscription, but you might be able to stream it on demand on Amazon Prime soon. Alternatively, you can also check out similar crime thrillers such as ‘10 Minutes Gone,’ ‘Survive the Night,’ and ‘Marauders‘ that also feature Bruce Willis in the lead role.

Is Out of Death On Hulu?

Hulu has an impressive entertainment catalog filled with a variety of titles. However, ‘Out of Death’ isn’t included in them. If you wish to watch something similar, you can check out ‘Once Upon a Time in Venice,’ about a man’s relentless quest to rescue his kidnapped dog.

Where to Watch Out of Death Online?

‘Out of Death’ can be purchased or rented on popular VOD platforms such as Vudu, Google Play, iTunes, Spectrum, DirecTV, Redbox, FandagoNow, YouTube, and Apple TV. The movie has also received a theatrical release. To check show timings and book tickets, head here.

How to Stream Out of Death For Free?

The only way to watch ‘Out of Death’ at present is at a theatre near you or online with the help of the VOD platforms listed above. Therefore, there is currently no way to watch the movie for free of cost. We also strongly encourage our readers to abstain from using illegal methods and consume all entertainment content legally and by paying for it.