Where To Stream Seance? 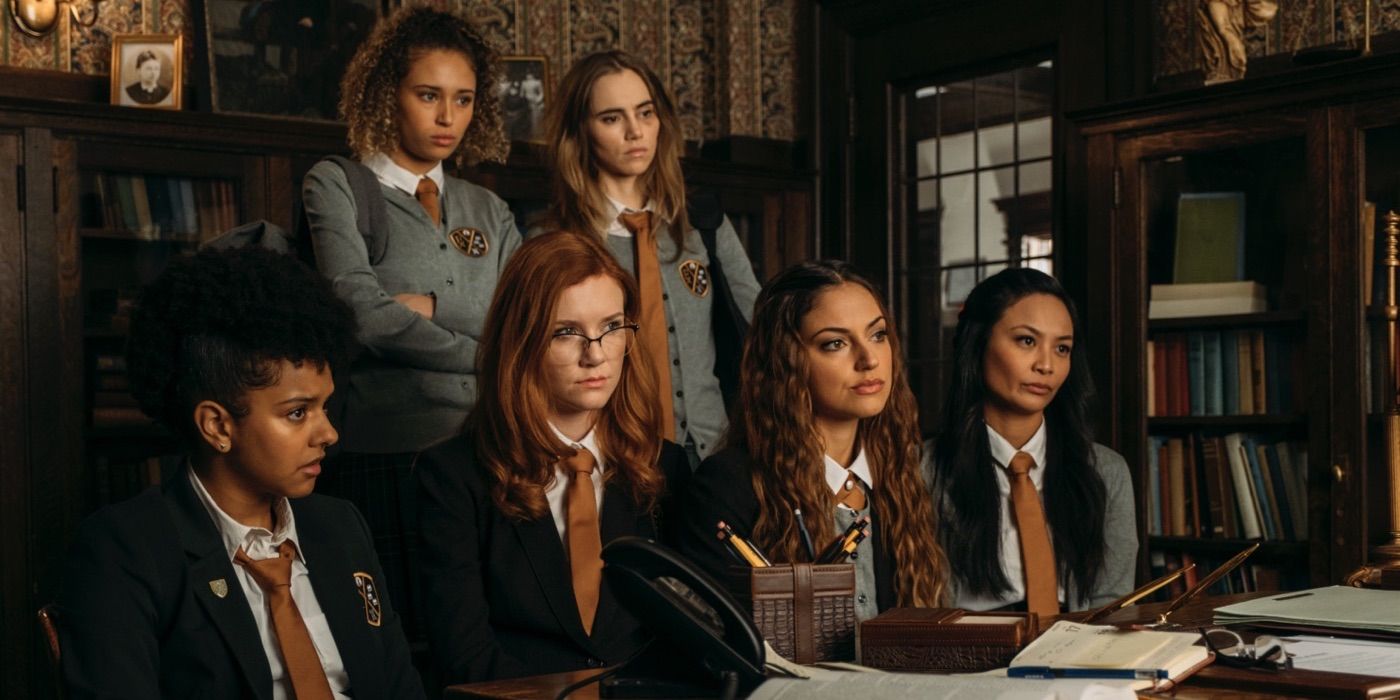 ‘Seance’ is a horror film written by Simon Barrett and also marks his directorial debut. It follows a group of girls at a prestigious boarding school who engage in a ritual to call upon a dead student. However, when one of them is found dead, others fear a similar fate. It stars Suki Waterhouse, Madisen Beaty, Inanna Sarkis, and Ella-Rae Smith in the lead roles. If you are a fan of horror films with elements of mystery and occult, this movie should appeal to you, and here’s where you can watch it online.

What is Seance About?

In ‘Seance,’ Camille is the new girl at Edelvine Academy, a prestigious all-girls boarding school. She has an air of mystery surrounding her and is harboring dark secrets about her past. This leads Alice and her clique to probe her, and Camille agrees to join the group for their slumber party games. However, the group of girls has planned to use incantations found on the internet to contact the soul of a girl who died after falling out from her dorm room window. Her death was labeled as a suicide by the administration. After an attempt to contact the other realm results in the death of a girl among them, they suspect they have unleashed something truly sinister.

Is Seance On Netflix?

‘Seance’ isn’t available on Netflix at the moment. For people looking for something similar to watch, you can alternatively stream ‘Deadcon,’ which is about a group of social media influencers who are haunted by an evil spirit at a digital media convention.

Is Seance On Amazon Prime?

‘Seance’ isn’t a part of the titles Amazon Prime offers as a part of its subscription. However, you can still purchase or rent the film on the platform. To stream the movie on-demand, head here. Additionally, you can also check out ‘Look Away,’ a spine-chilling tale of a misfit high school girl who switches places with her evil mirror counterpart.

Is Seance On Hulu?

No, ‘Seance’ hasn’t made its way into Hulu’s catalog of entertainment titles just yet. Still, if you wish to indulge in a similar spooky occult mystery, we recommend ‘Pyewacket,’ about an angsty teenager who calls upon a witch resulting in ghastly consequences.

Where to Watch Seance Online?

‘Seance’ has received a digital release on video-on-demand platforms and is available to purchase or rent on Microsoft Store, Google Play, FandangoNOW, Redbox, Vudu, DirecTV, Spectrum, and Xfinity. The movie will likely be available to buy or rent on iTunes soon. You can also watch the movie at a theatre near you. To check show timings and book tickets, head here.

How to Stream Seance For Free?

Since ‘Seance’ has only been released in theaters and on-demand, there is currently no way to watch the movie for free. Folks looking to watch it for free will have to wait for it to be added to one of the streaming services. We also strongly advocate consuming entertainment legally and by paying for it.