Where to Stream Spin? 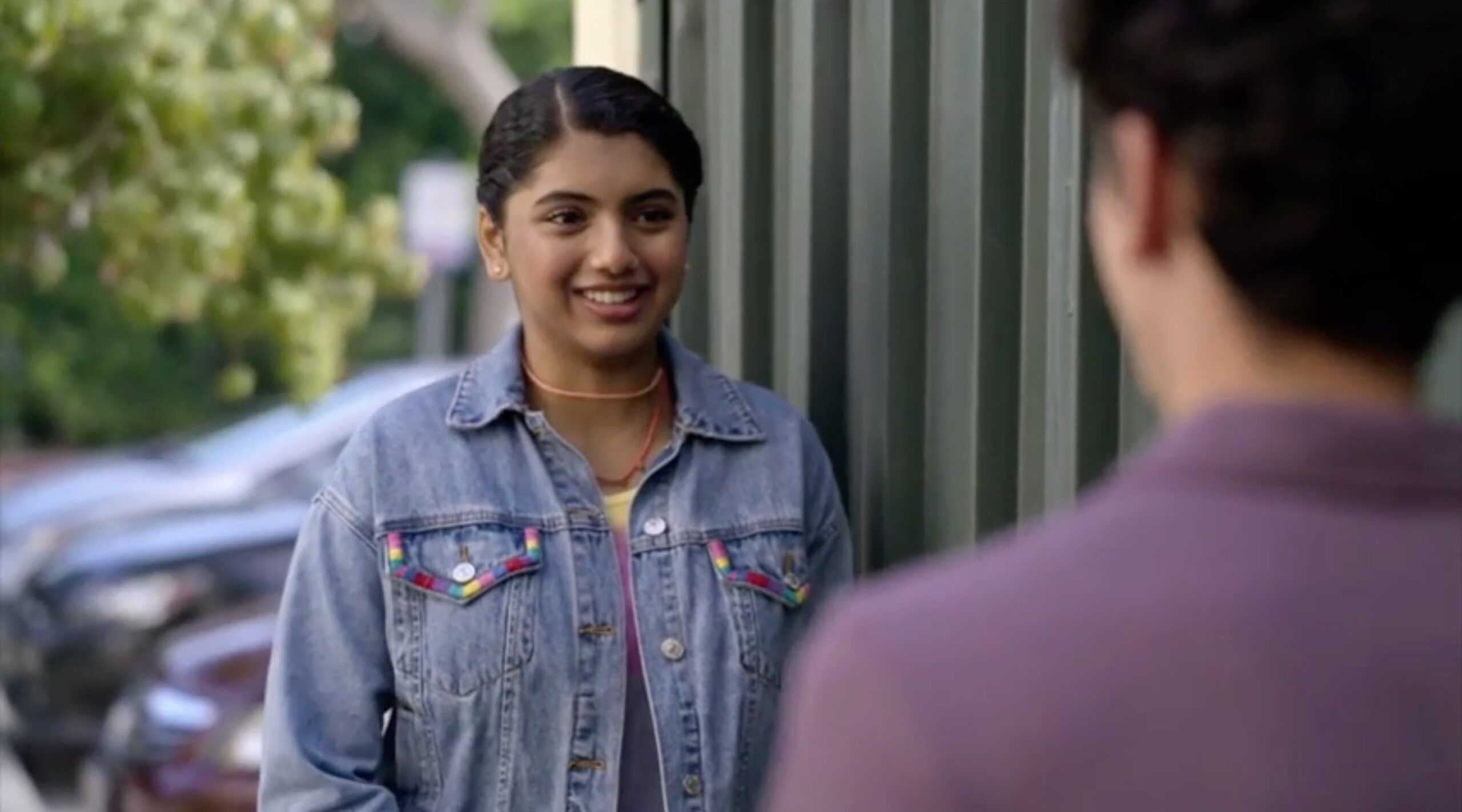 Featuring stand-out performances by Manjari Makijany, Michael Bishop, Aryan Simhadri, and Jahbril Cook, ‘Spin’ is a musical comedy-romance film that centers upon a teenager who accidentally finds her true calling. With themes of self-discovery and love at its heart, the flick tries to capture the beauty of multiculturalism while remaining honest and grounded in its assessment. Directed by Manjari Makijany, the inspiring story of a teenager from an immigrant is a must-watch, and here’s everything you need to know about it.

What is Spin About?

Rhea is an intelligent Indian American teenager who comes from a tight-knit multi-generational immigrant family and lives an uninspired life. Her overprotective parents have big plans for their daughter. Since Rhea’s family owns an Indian restaurant, she makes sure that she helps out as soon as she gets time from her otherwise monotonous and busy schedule. After school is usually busy with the coding club and rarely gets time for extra-circular activities; however, her life takes an unprecedented turn when she falls in love with Max, the new kid in school who aspires to become a DJ someday.

When the two begin to spend time with each other, Rhea’s innate ability to mix beats and create surprisingly upbeat music finally finds an outlet. It comes with the life-changing realization that her future is not in coding but in music. However, Rhea knows that following her heart won’t be easy, but in spite of the hurdles in the way, she dares to take the leap of faith and take the challenges head-on. But does her courageous call ultimately pays off? In order to find out, you will have to watch ‘Spin’ and here’s how you can do that.

Is Spin on Netflix?

Netflix subscribers will have to check other platforms since ‘Spin’ is not part of its current offerings. Viewers looking for other films on the platform can stream ‘All The Bright Places‘ or ‘Never Have I Ever.’

Is Spin on Hulu?

You can watch ‘Spin’ on Hulu + Live TV. People with a basic subscription may have to find other alternatives since the film is not part of the catalog and is unlikely to arrive on it even in the future. Subscribers can therefore watch ‘Love, Victor.’

Is Spin on Amazon Prime?

Amazon Prime has a massive catalog of movies and television shows that can keep its subscribers entertained. But ‘Spin’ is unfortunately not part of its current offerings. However, we recommend our readers alternatively stream ‘Nick & Norah’s Infinite Playlist.’

Is Spin on Disney+?

Where to Watch Spin Online?

‘Spin’ is all set to air on the Disney channel, so if you wish to watch it online, then you will have to use Live TV streaming platforms such as FuboTV, SlingTV, Vidgo, and AT&T TV. The film will also be accessible for streaming on Disney Now. Subscribers can head here to watch the movie on the platform.

How to Stream Spin for Free?

Both FuboTV and Hulu + Live TV come with a 7-day free trial. Therefore, you can stream the film for free of cost, provided you are a first-time subscriber. However, we recommend our readers pay for the content they wish to consume online and avoid illegal means at all costs.