Where to Stream Spy City? 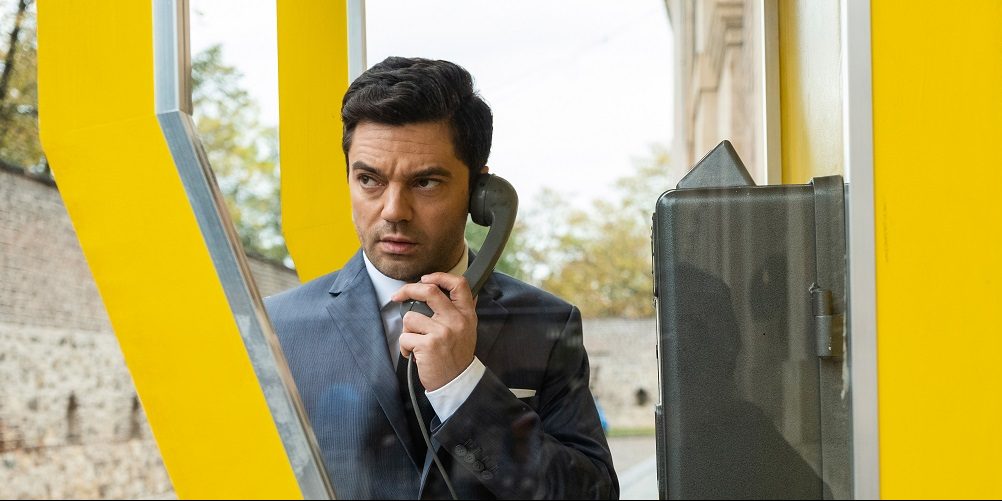 In ‘Spy City,’ Dominic Cooper plays a disgraced English spy seeking redemption by completing a dangerous mission in 1961 Berlin, shortly before the construction of the Berlin Wall. Created and written by William Boyd, this spy-centric thriller series is directed by Miguel Alexandre and stars Adrian Lukis, Brian Caspe, and Tom Ashley in the main cast alongside Cooper. So far, the series has garnered mixed reviews but don’t let that stop you from giving it an honest try. If you’re looking to stream ‘Spy City,’ here’s everything you need to know.

What is Spy City About?

Fielding Scott is a discredited MI6 agent who has fallen out of favor with the British government. He gets a chance to clear his name and redeem himself just as things are heating up in the 1960’s USSR. When it is suspected that there’s a mole within the Allied secret services, Scott is tasked with a dangerous mission to identify and eliminate the traitor. To this end, he is sent to Berlin just before the construction of the Berlin Wall.

Is Spy City on Netflix?

‘Spy City’ is not available to stream on Netflix. However, fans of the genre who are looking for similar shows that feature international espionage should check out the Israeli show ‘Mossad 101.‘ If you prefer something in the English language, ‘The Spy‘ and ‘Traitors‘ are great alternatives to watch as well.

Is Spy City on Hulu?

‘Spy City’ is currently not streaming on Hulu. Nonetheless, the streaming platform has no dearth of adrenaline-pumping, edge-of-the-seat fascinating thriller shows that are similar in tone and themes to ‘Spy City.’ Some of these similar shows on Hulu are ‘24,’ ‘Treadstone,’ and ‘Deutschland 83.’

Is Spy City on Amazon Prime?

‘Spy City’ is available to stream on Amazon Prime, but only for those who have added AMC+ to their Prime accounts for $8.99 per month. First-timers get a 7-day free trial as well before paid monthly subscription kicks in. The show is not part of the basic Amazon Prime content roster. You can check out the episodes here.

Where to Watch Spy City Online?

You can watch ‘Spy City’ on the official AMC website or AMC+ since it’s an AMC original and is being offered exclusively.

How to Stream Spy City For Free?

Presently, the only way to stream ‘Spy City’ for free is to sign up for an AMC+ subscription and enjoy the first 7 days without a charge. Having said that, we do expect our readers to stream content ethically and pay for the shows and movies they consume online.