Where to Stream The Dry? 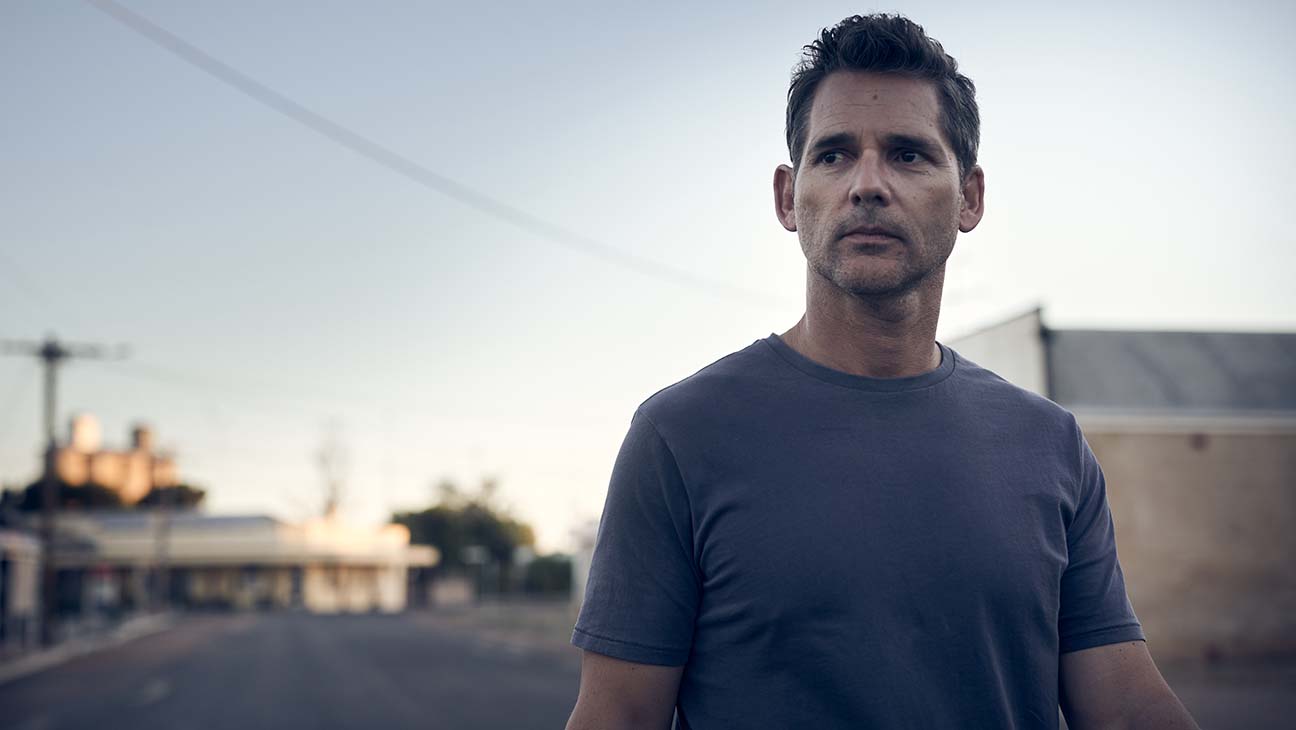 Starring Eric Bana and Keir O’Donnell, ‘The Dry‘ is a murder-mystery movie that revolves around a Federal agent who goes back to his roots following a shocking incident, unbeknownst to the fact that the misadventures that follow will change his life forever. Directed by Robert Connolly, the film takes viewers to a community plagued with serious issues and explores a twisted story of crime and deception. In case you are intrigued to learn more about the film’s narrative or where it can be streamed, you don’t have to look any further; we have got you covered.

What is The Dry About?

After moving from his hometown Kiewarra, Federal Agent Aaron Falk has been working in Melbourne for the last two decades. However, when he receives the shocking news of his childhood friend Luke’s passing, Aaron decides that it is finally time to return to his old home. He only plans to stay there for a short time and attend his friend’s funeral, but Aaron finds out that Luke has been accused of murdering his wife and child before taking his own life. Aaron is initially uninterested in the case and does not give it a second thought. But Luke’s parents are convinced that there is an evil scheme behind the murder of their child and argue that he was innocent.

After listening to their emotional requests, Aaron gives in and decides to investigate the case. His investigations lead him to a complicated and devious scheme that goes beyond all his previous expectations. But is Luke really innocent? If yes, then who murdered his child and wife? What can be the possible motivations behind the crime? In order to find out answers to similar questions, you must watch the film, and here’s all the streaming information that you are going to need for that.

Is The Dry on Netflix?

You may have to check on other platforms since ‘The Dry’ is currently not available on Netflix. Subscribers looking for similar movies can alternatively stream ‘The Woman in the Window‘ and ‘Lost Girls.’

Is The Dry on Hulu?

‘The Dry’ is not accessible on Hulu as of now. But we recommend our readers watch ‘The Postcard Killings‘ and ‘Grand Isle,’ instead.

Is The Dry on Amazon Prime?

‘The Dry’ is expected to arrive on Amazon Prime as video-on-demand. However, until it arrives on the platform, Prime subscribers can watch ‘Mortal,’ ‘Time of Death,’ and ‘Murder In Provence.’

Where to Watch The Dry Online?

You can rent ‘The Dry’ on the VOD platforms Vudu and iTunes. The murder-mystery movie is also available on Spectrum, DirecTV, and AppleTV. Popular video-on-demand platforms such as Microsoft Store, Google Play, and FandangoNow are expected to add the film to their catalogs soon.

How to Stream The Dry for Free?

The murder-mystery movie is currently only available on platforms that do not offer a free trial. So, people who wish to watch the film for free may have to wait for some time. We encourage our readers to stream their favorite movies online only after paying for them.

Read More: Where Was The Dry Filmed?