Where to Stream The Green Knight Online? 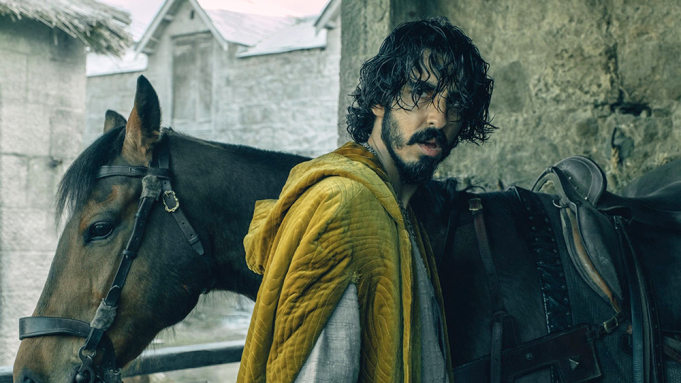 Featuring stand-out performances by Dev Patel, Alicia Vikander, Joel Edgerton, Sarita Choudhury, and Sean Harris, ‘The Green Knight‘ is a fantasy-adventure movie written and directed by the filmmaker David Lowery. A cinematic adaptation of the 14th-century poem “Sir Gawain and the Green Knight,” the film centers upon the theme of self-discovery. It revolves around the epic quest of King Arthur’s nephew to confront the eponymous tester of men to fulfill his obligation. The journey leads to an enlightening struggle with his inner self while he defeats ghosts, giants, thieves, and schemers along the way. In case the film sounds interesting to you, then here’s everything you need to know about it.

What is The Green Knight About?

King Arthur’s court is visited by an uninvited guest named the Green Knight on a New Year’s Eve feast. The mysterious man challenges anyone courageous enough to risk his life for a game. The challenger will get to strike a deadly blow to the gigantic emerald-skinned stranger using his own ax on the condition that the man himself is valiant enough to take the blow in return exactly one year later. When King Arthur takes the challenge, his nephew, Sir Gawain, takes the ax himself and, with just one strike, cuts the Green Knight’s head off. To everyone’s surprise, the mysterious man is unperturbed by the deadly attack and picks his severed head and leaves after reminding Sir Gawain of the one-year condition. It marks the beginning of a long and courageous journey of the King’s nephew as he prepares to confront the gigantic emerald-skinned stranger again to fulfill his obligation.

Is The Green Knight on Netflix?

Netflix subscribers will have to find other alternatives since ‘The Green Knight’ is not accessible on the streaming giant, and as of now, it seems highly unlikely that it will be available on the platform any time soon. However, we recommend our readers watch ‘Outlaw King,‘ ‘The King,’ or ‘Monty Python and the Holy Grail.’

Is The Green Knight on Hulu?

‘The Green Knight’ is not a part of Hulu’s otherwise impressive catalog of movies and television shows. So, subscribers will have to check other platforms, or they can alternatively stream ‘Henry V.’

Is The Green Knight on Amazon Prime?

No, ‘The Green Knight’ is not a part of Amazon Prime’s current offerings and is unlikely to be available as part of its subscription any time soon. However, you may be able to rent/purchase the action-adventure film shortly. To check the availability of the movie, you can head to the website here.

Where to Watch The Green Knight Online?

You can enjoy the one-night-only virtual screening of ‘The Green Knight’ in the A24 screening room, for which you will have to shell out $20. The film will be accessible for only four hours, and one can head here to book their ticket. The movie is available for rent/purchase on platforms such as Microsoft Store, Redbox, and Spectrum. Other Video-on-demand platforms such as Google Play, iTunes, and Vudu are expected to include the film in their catalogs in the near future. People who love to watch movies in theaters are in luck; the fantasy-adventure film is running in cinema halls all over the United States. You can head here to book your tickets on Fandango.

How to Stream The Green Knight for Free?

No, since the film is only releasing on online platforms for rent/purchase or in theaters, it is currently not possible to watch ‘The Green Knight’ for free. However, we encourage our readers to watch their favorite movies and shows online only after paying for them.

Read More: Is The Green Knight a True Story?