Where To Stream The Office? 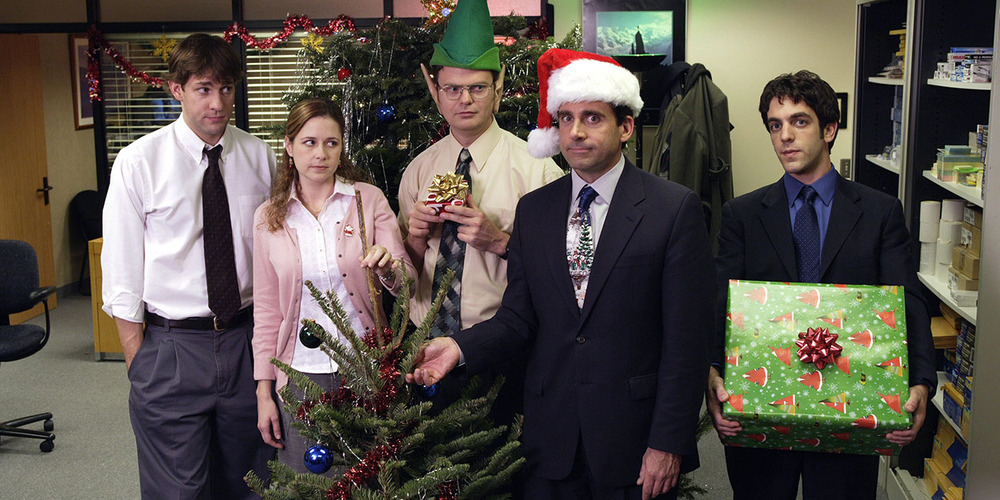 For years, ‘The Office’ has kept millions of fans across the globe entertained and in constant splits with Michael’s harebrained antics, Jim’s riotous (and sometimes borderline oppressive) pranks on Dwight, and other such absurdist gags. The critically-acclaimed mockumentary-style sitcom has been winning hearts everywhere since its inception in 2005, and even though the series came to an end in 2013, people have, by no means, stopped watching it. In fact, ‘The Office’ used to be one of the most-streamed shows on Netflix alongside ‘Grey’s Anatomy,’ until its departure from the streaming platform in January 2021. Curious to know what the plot of ‘The Office‘ is about and where you can stream it, now that Netflix is no longer its home? Here’s everything you need to know.

What is The Office About?

Ever the misguided manager, Michael Scott leads a motley group of corporate employees through a series of hilarious (and near-constant) misadventures at the Scranton, Pennsylvania, branch of the Dunder Mifflin Paper Company in the 9-season-long wildly popular sitcom, ‘The Office.’ Through threats of downsizing, various budget cuts, and corporate politics, the office workers of the Scranton branch stand together in comical solidarity.

Is The Office on Netflix?

‘The Office’ used to be on Netflix previously but is not available to stream anymore since January 2021. Don’t be disappointed if you’re a subscriber, though, because Netflix is home to a myriad of equally funny and endearing sitcoms. As an alternative to ‘The Office,’ you can stream ‘Schitt’s Creek,’ ‘New Girl,’ and ‘The Good Place,’ all of which are highly entertaining.

Is The Office on Hulu?

‘The Office’ is unfortunately not available on Hulu, but interested viewers can alternatively stream ‘Superstore‘ (another really good workplace comedy), ‘Black-ish,’ and ‘Fresh Off The Boat.’

Is The Office on Amazon Prime?

‘The Office’ is not part of Amazon Prime’s free streaming content that comes with the subscription. You can purchase or rent full seasons or specific episodes of ‘The Office’ to watch as video-on-demand on Amazon Prime. If you’re a Prime member looking for free streaming similar content, then check out ‘Monk‘ and ‘Workaholics.’

Where To Watch The Office Online?

‘The Office’ is now exclusively streaming on Peacock TV, where subscribers of the platform can watch it at no additional cost. The show can also be purchased or rented on the following VOD platforms – iTunes, FandangoNOW, Google Play, Microsoft Store, and DirecTV.

How To Stream The Office For Free?

Peacock TV offers a 7-day free trial for first-time subscribers, so you can simply sign up for the free trial and then binge-watch as much of ‘The Office’ as you can in a week. However, we do recommend paying for the content you consume.