Where to Stream The Owl House? 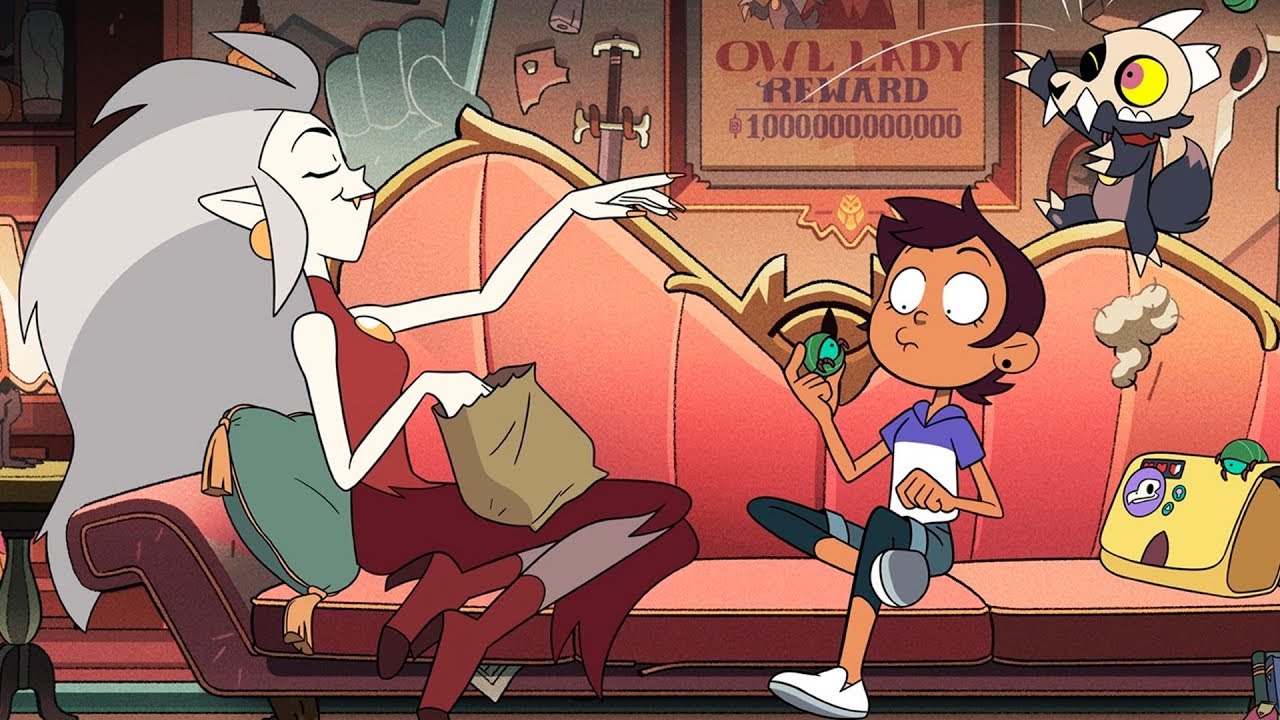 Created by Dana Terrace, ‘The Owl House’ is a fantasy horror-comedy series that follows a teenager who finds a portal to a whole new world of witches and demons, where she decides to chase an elusive dream that will test her patience. Featuring talented voice actors and actresses like Wendie Malick, Alex Hirsch, and Sarah-Nicole Robles, the animated show offers fans a unique balance of laughter and horror that can get anyone hooked. Curious to learn more about its premise or where it can be streamed? We have got you covered.

What is The Owl House About?

Luz, a fourteen-year-old young girl who is remarkably self-assured and wise beyond her years, stumbles upon a portal that changes her life in unimaginable ways and helps her barely escape the juvenile detention summer camp. She reaches a magical new world inhabited by witches, demons, and countless other mythological creatures, where she meets Eda Clawthorne, a rebellious witch who impresses Luz so much that she decides to become exactly like her someday. However, there is one big hurdle; unlike Eda, she does not possess magical abilities. Therefore, her dream of becoming a witch won’t be realized so easily.

However, that does not discourage the determined young girl who becomes Eda’s apprentice and begins an exciting journey of self-discovery. The new world not only brings adventures and challenges for Luz, but she also finds a family that is always there to look after her. But will she ever become a witch and achieve her elusive dream? In order to find out, you must watch ‘The Owl House.’ Here’s all the streaming information that you are going to need.

Is The Owl House on Netflix?

No, ‘The Owl House’ is not accessible on Netflix as of now. Viewers who are looking for other similar shows can alternatively stream ‘The Dragon Prince,‘ ‘Wizards: Tales of Arcadia,‘ ‘She-Ra and the Princesses of Power’ or ‘Hilda.’

Is The Owl House on Hulu?

You can stream ‘The Own House’ on Hulu + Live TV here. People who have a basic subscription can instead stream ‘Wise Man’s Grandchild’ or ‘Wandering Witch: The Journey of Elaina.’

Is The Owl House on Amazon Prime?

‘The Owl House’ is available on Amazon Prime as video-on-demand. You can head here to purchase your favorite episodes or the entire season.

Where to Watch The Owl House Online?

‘The Owl House’ is accessible on live TV streaming platforms such as SlingTV, FuboTV, YouTubeTV, Xfinity, Spectrum, and DirecTV. You can also watch the horror-comedy series on VOD platforms such as Google Play, iTunes, and YouTube. Fans of the animated show can enjoy it on Disney+, AppleTV, and DisneyNow as well.

How to Stream The Owl House for Free?

You can stream ‘The Own House’ for free on platforms like FuboTV, AppleTV, DirecTV, Hulu + Live TV (all offer a seven-day free trial), or YouTubeTV (fourteen-day free trial). However, we encourage our readers to pay for the content they wish to consume online.