Where to Stream Together? 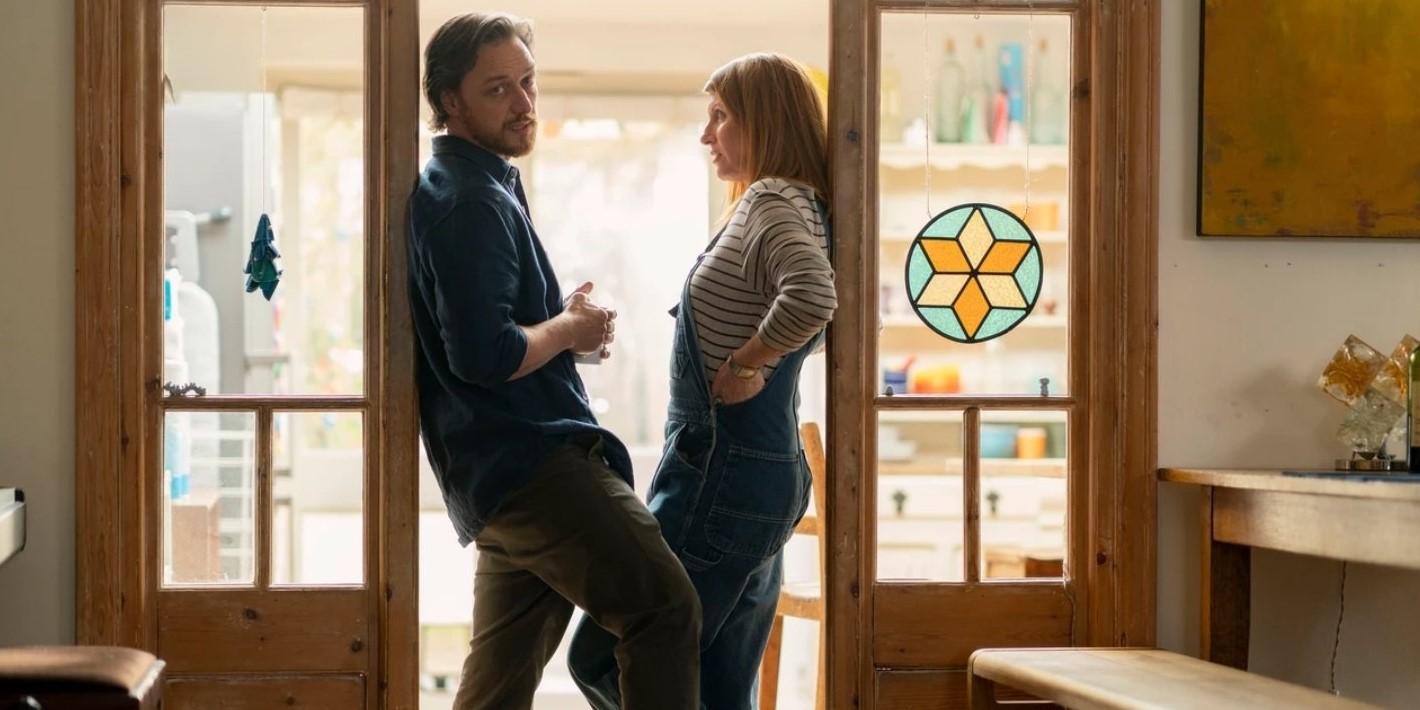 Set in the United Kingdom, with the global coronavirus pandemic as its backdrop, ‘Together’ focuses on an incompatible couple who has lived alongside one another, completely disregarding the existence of their partner for almost a decade. But when the COVID-19 wreaks havoc, they are forced to undergo a much-needed radical change in their lives that brings the absurdity of their past choices to the fore. Directed by Stephen Daldry, the comedy-drama film stars James McAvoy, Sharon Horgan, and Samuel Logan. Curious to learn more about its plot or where it can be streamed? We have got you covered.

What is Together About?

An incompatible couple who somehow ended up together several years ago has now come to accept the reality that they are not meant to be with each other. While “he” is a self-employed man who runs a boutique computing consultancy, “she,” on the other hand, is a charity co-ordinator who has worked extensively all over Europe to help refugees. With contrasting life philosophies and contradictory beliefs, the duo has learned to somehow tolerate one another by not speaking for over a decade and being indifferent to each other’s existence.

The only thing that keeps them together is their 10-year-old son, Artie. However, when the coronavirus pandemic forces them to not only tolerate each other but also open up about their fears and future plans, the couple finds themselves staring at the unknown as they begin to realize that they may have been a little too harsh on their relationship.

Is Together on Netflix?

Netflix subscribers will have to check other platforms since ‘Together’ is not accessible on the streaming giant. The platform does have some similar films like ‘To All the Boys I’ve Loved Before‘ or ‘Live Twice, Love Once,’ that you can enjoy.

Is Together on Hulu?

Hulu’s massive catalog of movies includes some really good comedy-drama movies. Sadly, ‘Together’ is not part of its current offerings. We recommend our readers alternatively stream ‘Palm Springs‘ or ‘Plus One.’

Is Together on Amazon Prime?

Amazon Prime subscribers will have to look for the movie on other platforms as its giant catalog does not include it. However, the film is expected to arrive for rent/purchase in the future. In the meantime, you can stream ‘A Rainy Day in New York‘ or ‘Midnight in Paris.‘

Is Together on HBO Max?

‘Together’ is not available on HBO Max and is unlikely to arrive on the platform any time soon. Viewers looking for other comedy-drama movies may like ‘Kajillionaire‘ or ‘This Is 40.’

Where to Watch Together Online?

The Stephen Daldry directorial was released in the United Kingdom on BBC Two on June 17, 2021. Now, ‘Together’ is releasing in the United States theatrically on August 27, 2021. In case you plan on watching the film in cinema halls, you can book your tickets on Fandango. The film is likely to release on Video-on-demand platforms such as Google Play, Microsoft Store, iTunes, Redbox, and Vudu sometime in the future.

How to Stream Together for Free?

Since the comedy-drama film is only releasing in theaters as of now, it is not possible to stream it for free. Moreover, we recommend our readers pay for the content they consume.